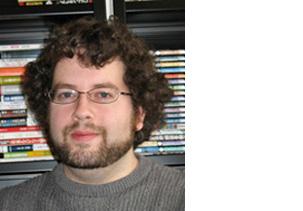 Matthew Penney is a specialist in postwar Japanese history. His research focuses on war memory, popular culture (especially manga and anime, mass market historical writing, and film), historiography, and nationalism. After graduating from Memorial University of Newfoundland, Penney studied at Kanazawa University under a Japanese Ministry of Education (MEXT) Fellowship and went on to pursue a PhD from the University of Auckland as a participant in the Commonwealth Scholarship exchange plan. He is currently revising his dissertation “Victims and Victimizers: Representations of War in Japanese Popular Culture” for publication. He is a coordinator of the open source Asia Pacific Journal and has published articles on a wide variety of subjects.

"Making History - Manga Between Kyara and Historiography”, in Manga and the Representation of Japanese History, ed. Roman Rosenbausm, London: Routledge, 2012.

“Manga from Right to Left: History and Ideology in Contemporary Manga” in Mangatopia: Essays on Manga and Anime in the Modern World, edited by Timothy Perper and Martha Cornog, Santa Barbara: Libraries Unlimited, 2011,  pp. 151-170.

“Far from Oblivion: The Nanking Massacre in Japanese Historical Writing for Children and Young Adults”, Holocaust and Genocide Studies, 22:1, 2008, pp. 25-48.