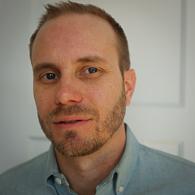 I am an historian of modern Africa with research interests that center on Africa’s place in the 20th century world. My early work focused on urban contests around gender, global culture, youth, modernity, and the state in early postcolonial Tanzania. This culminated in my first book, Cultured States: Youth, Gender, and Modern Style in 1960s Dar es Salaam (Duke University Press, 2011), which the AHR review called "a pioneering work in the historiography of postcolonial Africa." Cultured States won the Bethwell A. Ogot Prize, awarded by the African Studies Association for the best book in Eastern African Studies, and was a finalist for the Wallace K. Ferguson Prize, awarded by the Canadian Historical Association for the best book in a field outside of Canadian history. The book reflects my longstanding interest in how everyday landscapes of urban modernity in Africa became entwined with the political cultures of colonial and postcolonial statehood.

My next book project, Liberation Itineraries: Dar es Salaam, Political Exile, and the Making of the 1960s, reconfigures the global map of Sixties political activism from the vantage point of one of its key Third World relay stations. Dar es Salaam hosted an extraordinary range of political exiles in these years; Southern African liberation movement cadres, African American sojourners, Marxist academics, and revolutionary chancers all flocked to the Tanzanian capital. Tracing the networks that fed into, intersected within, and stretched beyond Dar reveals a dense history of connections between far-flung forces conventionally held apart: African student migration, US civil rights, Southern African exile politics, American soft power, worldwide campus struggles, intra-movement class tensions, and revolutionary self-fashioning. While this circuitry was globe-spanning, it was also narrowly channeled and intimate; it generated rich solidarity, as well as inequality and strife. In seeking to understand how these political attachments were formed and frayed, the project looks not just to the realm of formal politics but also to the thick web of social connections and affective ties that marked it. Ultimately, I aim to open up a more emergent history of “global Sixties” political engagement, one attuned to the capacious connections, everyday modes of practice, and socio-material infrastructures through which movements rose and fell. For early pieces from this project, see the list of publications below.

Alongside Liberation Itineraries, I am also completing a co-authored book with James R. Brennan (U. of Illinois). The Career of Leo Milas: Radical Self-Fashioning and the Global Circuitry of African Decolonization is a study of one of the 20th century’s most extraordinary, untold cases of “passing.” “Leo Milas” began as Leo Clinton Aldridge Jr., an African American man who befriended African university students in 1950s Los Angeles, and then began posing as Mozambican – successfully enough to be recruited into FRELIMO (the nascent nationalist movement in exile in Tanzania), rise to the level of Defense Secretary, and impress Malcolm X along the way. Eventually exposed and expelled from the party, he changed his name yet again and continued to live out his life as an African working from Nairobi, Mogadishu, and Addis Ababa as a journalist, godfather to Mozambican dissidents, and UN and NGO consultant. The book traces Milas' life through Texas, Los Angeles, Dar es Salaam, and Eastern Africa and uses it as a kaleidoscope onto phenomena of global historical importance: African American working class struggle from the rural South to the docks of San Pedro; African student life in 1950s LA and Hollywood; the politics of rumor and mobility in liberation movement life in exile; and the rise of the NGO as a site of governance and expertise in contemporary Africa.

"Leveraging Alternatives: Early FRELIMO, the Soviet Union, and the Infrastructure of African Political Exile.” Comparative Studies of South Asia, Africa, and the Middle East (special issue on “An African-Soviet Modern”) 41.1 (2021), 11-26.