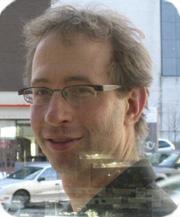 Dr. Kevin Gould's research explores environmental and economic policy-making in the Americas. He is particularly interested in policies authorized by technical knowledge.  Building on political ecology and economic geography literatures, Dr. Gould's work investigates the politics of market-assisted land reform, post-disaster reconstruction, and Cold War infrastructure development. Through his research, he seeks to challenge the often violent transnational processes and epistemologies that connect Canada, the United States and Guatemala.  Dr. Gould has also facilitated course-based critical geography research on the university itself.  Dr. Gould received his Ph.D. in Human Geography from the University of British Columbia (2009) and spent one year as a research fellow at Dartmouth College.

I am willing to supervise theses in the fields of political ecology and critical geography.  Students interested in working on the political ecology of post-disaster reconstruction, broadly defined, are encouraged to apply as are students who would like to carry out field work or archival research in Latin America.  I would also welcome graduate students who wish to study the critical geographies of the university and/or student movements.

Gould, K. A. 2019.  Peace created the space for this: a Guatemalannational land policy made by experts. Canadian Association for Latin American and Caribbean Studies.  Toronto, Ontario.

Gould, K. A. 2015. Emplaced histories of calculable land: the (un)making of a geodetic grid in northern  Guatemala. Annual Conference of the Association of American Geographers, Chicago.

Michelle Braiden (2014) Discourse and dispossession in the Chaco War, Bolivia

Montserrat Hernandez (2015) The path to sustainability: implementation of ecotechniques in a rural Mexican community