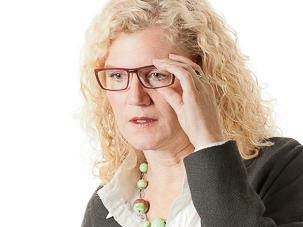 I am currently working on a book project, provisionally titled “Money Talks: Finance and Form in Nineteenth-Century American Literature.” This project examines a number of nineteenth- and early-twentieth-century American writers, from Edgar Allan Poe and Susan Warner to Herman Melville, Henry James and Upton Sinclair, with a view to exposing the peculiar obfuscatory rhetoric and formal strategies U.S. authors deploy when they approach the representation of money and commerce in their texts. Although each author bemoans the problematic position of the literary author in the midst of a country whose seemingly sole preoccupation is with commerce and money-making, each is nevertheless oddly coy when it comes to revealing those particular investments fictionally. The sudden irruption of crude economics in their fiction, for example—and we need only consider the Parisian Prefect’s silent exchanging of his cheque for the Queen’s letter in Poe’s “The Purloined Letter,” Ahab’s calculated nailing of the doubloon to the mast in Melville’s Moby-Dick, Hepzibah’s horrified fondling of her first earned copper in Nathaniel Hawthorne’s The House of the Seven Gables—presents an over-charged still point that temporarily halts the narrative flow.  Here financial transactions both reduce the delicate architecture of elevated sensibilities to the brute coin and encourage an investment of that base object with a profound symbolic complexity.  Just as particular objects are mobilized as unstable textual symbols, so too are the once firm relations between heroic producers and degraded consumers unbalanced; just as the brute coin spirals metaphorically toward the cultural abstraction already inherent in money, so too does the seemingly simply procedure of financial exchange end up obfuscating the relation between production and consumption.  Money and the business of its circulation might well, as Georg Simmel observes in The Philosophy of Money, make “comprehensible the most abstract concept” because both testify to a cultural “ability ... to construct symbolic objects.” And yet, as my chosen authors suggest, dollars, transactional business, and consumption in the nineteenth-century U.S. also demonstrate an equally strong susceptibility to being wholly mystified—to being renegotiated textually and politically. What makes that mystification especially curious, as I suggest, is how different it is from contemporary writers across the Atlantic, who, like Honoré Balzac and Charles Dickens, have no trouble whatsoever drawing attention fictionally to the vicissitudes of bourgeois culture.


“When Hollywood Sucks, or, Hungry Girls, Lost Boys, and Vampirism in the Age of Reagan.”  Blood Read: The Vampire as Metaphor in Contemporary Culture.  Ed. Joan Gordon and Veronica Hollinger.  University of Pennsylvania Press, 1997. 115-28.


“Belated Cyborgs.” Rev. of The Self Wired: Technology and Subjectivity in Contemporary Narrative.  By Lisa Yaszek.  Science-Fiction Studies 33 (2006): 554-57.


“Recapitulating the Vicissitudes of the Quotidian.” Rev. of Femicidal Fears: Narratives of Female Gothic Experience.  By Helene Meyers.  Science-Fiction Studies 30 (2003): 329-31.


“Reviving the Intentional Fallacy.” Rev. of Writing Horror and the Body: The Fiction of Stephen King, Clive Barker, and Anne Rice. By Linda Badley. Science-Fiction Studies 24 (1997): 510-12.

“The Epical Limits of American Expansiveness,” Association of CanadianCollege and University Teachers of English (ACCUTE), Vancouver, May 2008


“Heavenly Purchase in Warner’s The Wide, Wide World,”Association of Canadian College and University Teachers of English (ACCUTE), Saskatoon, May 2007.


“The Offal Truth of the Excluded Middle in Sinclair’s The Jungle.” Association of Canadian College and University Teachers of English (ACCUTE), Toronto, May 2006.


“James and the Vicissitudes of the Actual Historic Page.” Association of Canadian College and University Teachers of English (ACCUTE), Winnipeg, May 2004.


“Gluttons for Estrangement.” Association of Canadian College and University Teachers of English (ACCUTE), Halifax, May 2003.


“From Scarlet Letters to Dead Letters in Hawthorne’s ‘Custom-House’ and Melville’s ‘Bartleby.’” Association of Canadian College and University Teachers of English (ACCUTE), Edmonton, May 2000.


Invited Speaker, Trent University, “Between Money and Meaning in Poe’s ‘The   Purloined Letter,’” Peterborough, February 2002.
Back to top