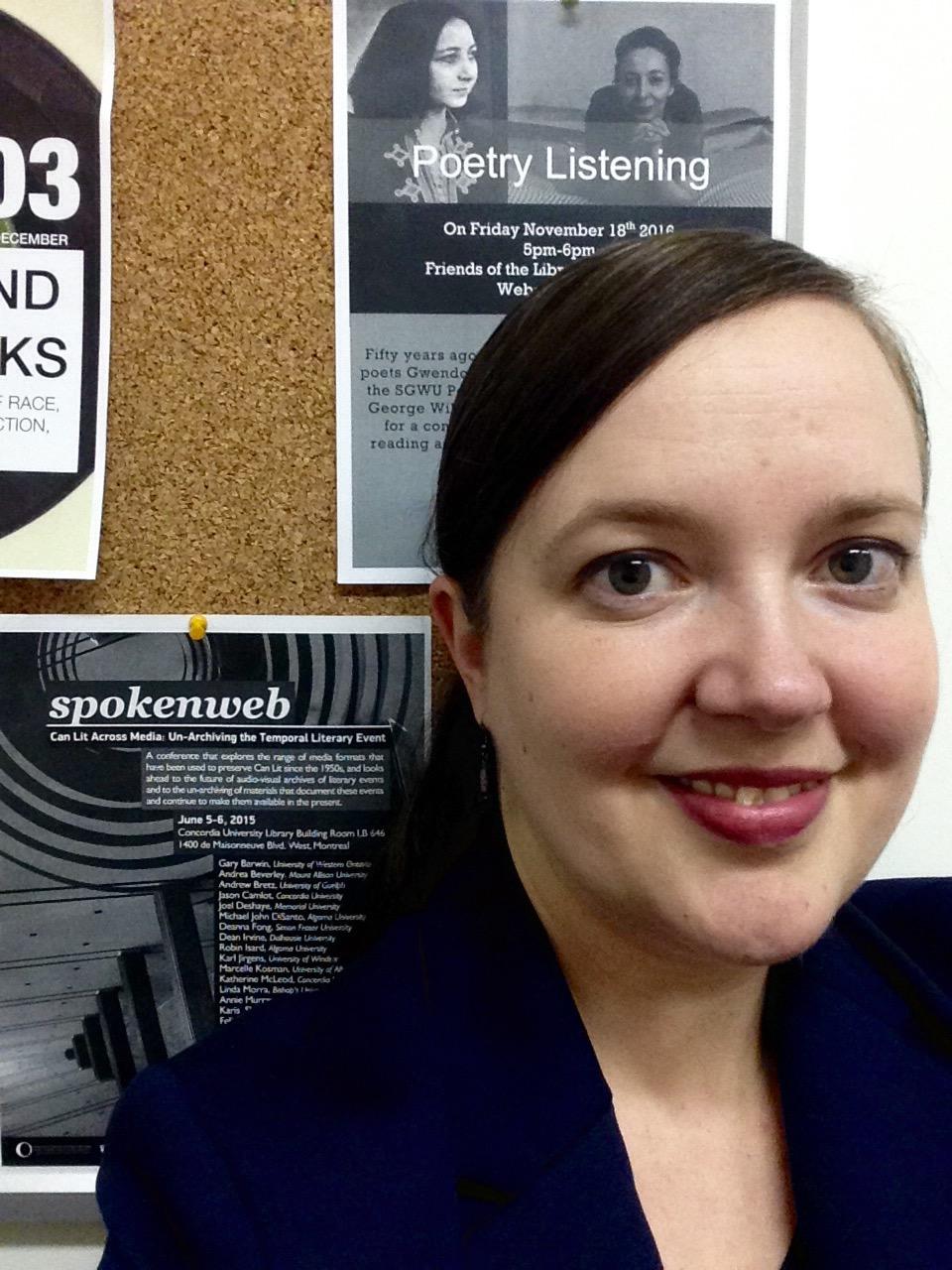 Dr. Katherine McLeod researches Canadian literature through sound, performance, and archives. She is writing a book that is a feminist listening to recordings of women poets on CBC Radio (under contract with Wilfrid Laurier University Press). Based on research for this book, she developed the SSHRC-funded project "Literary Radio: Developing New Methods of Audio Research" (2021-2023). She has co-edited with Jason Camlot CanLit Across Media: Unarchiving the Literary Event (2019) and she has published on poetry, performance, and archives in books such as Moving Archives (2020) and in journals such as Canadian Literature and Mosaic. She has been working on the intersection of dance and poetry in her own practice and performance as a dancer. As an affiliated researcher with SpokenWeb, she produces ShortCuts—a monthly series about archival audio—for The SpokenWeb Podcast.

“Pandemic Listening: Critical Annotations on a Podcast Made in Isolation.” Co-written with Jason Camlot. Canadian Literature 245 (2021): 67-87.

“Unarchiving the Gendered Voice: Affective and Embodied Listening.” Co-presented with Jason Camlot on the panel “The Feminist (Affective) Archive: Past & Present.” ACCUTE, 29 May 2021.

“Listening to the Listening: The Ghost Reading Series, 2018-2019.” Resonant Practices and Communities of Sound: SpokenWeb Symposium, SFU, 30 May 2019.

“How are we listening, now? Signal, Sound, Silence.” Produced by Jason Camlot and Katherine McLeod. The SpokenWeb Podcast, 4 May 2020.

“ShortCuts 1.7: [Audio of the Month] As Though Her Voice Was Dancing, ft. archival audio of

“ShortCuts 1.6: [Audio of the Month] From Poetic Surveillance to an Avant-Garde Dinner Fit

“ShortCuts 1.3: [Audio of the Month] Where Does the Reading Begin? Ft. archival audio of

“ShortCuts 1.2: [Audio of the Month] Improvising at a Poetry Reading, ft. archival audio of