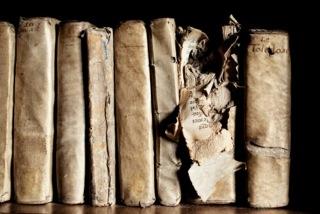 Jonathan Sachs is Professor of English at Concordia University. His work focuses on British literature from 1750-1850, where his research explores the role of literature in constructing historical and temporal experience, including the uses of antiquity, the anticipation of the future, and practices of reading. Currently at work on a monograph titled Slow Time: A Literary Experiment, Sachs is the author of The Poetics of Decline in British Romanticism (Cambridge UP, 2018) and  Romantic Antiquity: Rome in the British Imagination, 1789-1832 (Oxford UP, 2010) and the co-author, with The Multigraph Collective, of Interacting with Print: Elements of Reading in an Era of Print Saturation (U Chicago P, 2018). He has recently finished, with Professor Andrew Stauffer, a new one-volume edition of Byron’s Major Works for the Oxford 21st-Century Authors Series.

Sachs has served as the Principal Investigator of the Interacting with Print Research Group (2014-2020), as the Romanticism Section editor of Blackwell’s Literature Compass (2015-2020) and as a member of the MLA’s Executive Committee for Later Eighteenth-Century Literature (2015-2020). He has held a range of international fellowships, including Visiting Fellowships at Clare Hall, Cambridge and Trinity Hall, Cambridge. In March 2010, Sachs was the Benjamin Meaker Visiting Professor at the University of Bristol. More recent research has been supported by multiple awards from the SSHRC and by residential fellowships at the National Humanities Center (US) and the Institute for Advanced Study in Princeton.

I specialize in British literature from 1750-1850, with a particular interest in poetry. My research explores the role of literature in constructing historical and temporal experience, including the uses of antiquity, the anticipation of the future, and practices of reading. I welcome graduate students in all of these areas. Recent graduate course offerings include: "Slow Time, Fast Time: Media, Technology, and the Pace of Literature"; "Romanticism, Ecocriticism, and the Anthropocene," and "Byron and the Way We Read Now."

The Poetics of Decline in British Romanticism (Cambridge University Press, 2018).

Interacting with Print: Elements of Reading in the Era of Print Saturation, co-written with the Multigraph Collective (University of Chicago Press, 2018).