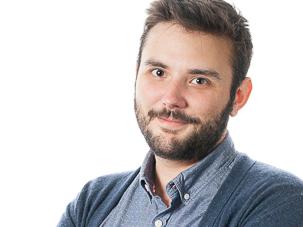 My current research is situated in the field of African Cultural Studies, and deals with representations of the human/animal dichotomy in African cultural texts. Tentatively titled, Africa's Animalities: Concern for the Other-Than-Human in the Age of Empire, my manuscript in progress explores how concern for Africa manifests globally in relation to concepts of animality, inhumanity, and nonhumanity. It also explores the position of African animals in conservationist and environmentalist discourses. Moving beyond postcolonial analyses that have condemned the animalization of humans in African contexts, I examine the ways that various African texts recuperate notions of animality. I read these texts as a movement toward both resisting the dehumanization of Africans, but in such a way that stresses the shared lives of human and nonhuman lives on the continent. As such, my work attempts to resist anthropocentric logics that equate animality (and its various associations with Africanness) with subhumanity. My work borrows from the fields of critical animal studies, posthumanism, queer theory, and critical race theory to work toward a multivalent understanding of what the animal means within and in relation to “Africa” as a discursive construct.

Arseneault, Jesse. "The Imaginative Possibilities of Insect Form" (in progress).

Arseneault, Jesse and Rosemary Collard. “The Birth of the Pest: Law and Space in the Animal Trials.” Animals & Society (submitted).

Arseneault, Jesse, and Rosemary Collard. “The Resilience of the Pest.” Multispecies Resilience, special issue of Resilience, vol. 9, no. 3, 2022.

Arseneault, Jesse. “Against Financialization as Freedom: Errant Investments in Kopano Matlwa’s Coconut and Rehad Desai’s Everything Must Fall.” ARIEL: A Review of International English Literature, forthcoming 2021.

Arseneault, Jesse. “Queer Desire and the Men of the Nation: Reading Race and Masculinity in John Greyson’s Proteus.” Safundi: The Journal of South African and American Studies, vol. 10, no. 1, 2013, pp. 1-22.

Arseneault, Jesse. “The Zoopolitics of Movement in the Postapartheid City.” Animals in the City, edited by Laura Reese,Routledge, forthcoming 2021.