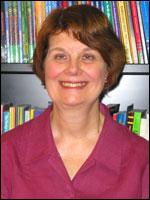 Dr. Joanna White is Associate Professor in the TESL Centre, Department of Education, where she has directed the B.Ed. TESL, TESL Certificate, and the M.A. Applied Linguistics programs. She taught French at the high school level and ESL to adults, and since 1984 has taught a variety of undergraduate and graduate courses in second language acquisition, ESL pedagogy, and practice teaching. In her teaching and in her classroom-based research, she is interested in the relationship between classroom practices and second language learning outcomes. With colleagues at Concordia, McGill, l'Université du Québec a` Montréal, and the Universidad de Barcelona, she has recently carried out several large studies in intensive ESL classrooms in elementary schools in Quebec and Spain. These studies have investigated implicit and explicit form-focused instruction, the development and assessment of oral proficiency, and the development of metalinguistic awareness in the learners' first and second languages. Program comparison studies have investigated the effects on learning outcomes of different amounts of instructional time in regular and intensive ESL classes, of different distributions of instructional time across several models of intensive ESL, as well as the pedagogical practices of intensive English second language and French first language teachers.

Dr. White's research has been funded by the Quebec Ministry of Education, the TESOL International Research Fund, the Société pour la promotion de l'enseignement de l'anglais, langue seconde au Québec (PEAQ), and by Concordia University General Research Funds. She presents her research findings regularly at international conferences, some of them listed below.

Dr. White has supervised eight M.A. theses to completion, two others are in progress, and she has served on numerous M.A. and PhD thesis committees. The topics are varied and include form-focused instruction (e.g. textual enhancement), peer corrective feedback, materials design, teacher training, the age factor, motivation, vocabulary, and computers in language learning.

Dr. White has several research interests related to classroom-based second language teaching and learning. She is interested in investigating the relationship between the first and second (or additional) languages of young classroom-instructed learners from two perspectives. First, she to continues to examine how instruction can speed up learning of linguistic features in a second language which are problematic for learners who mistakenly assume that they function in the same way as features in their first language. For instance, French first language learners of English have difficulty acquiring the possessive determiners, his and her, perhaps because of their deceptive similarity to son and sa. Similar problems have been observe with speakers of Spanish and Catalan, whose first language rules for this feature are also different from English. With Drs. Carmen Mu?oz (Universidad de Barcelona) and Laura Collins (Concordia University), she is looking at acquisition of pronouns, including his and her, by learners of different ages in regular and intensive programs in Quebec and Catalunia. A second area she wishes to explore further involves the potential benefits that learning a second language may have on writing in the first language. Some data have already been collected and are being analyzed. As well, with her colleagues, she is involved in developing procedures to analyze oral production data from individual and paired tasks. Data for this work were collected in Quebec regular and intensive classes and come from the Oral Proficiency Project (with Dr. C. Turner, McGill) and the TIRF project (with Dr. L. Collins, Concordia).