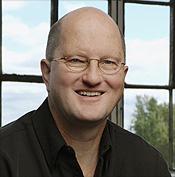 Creative/research interests: I have worked for many years as a producer, director and editor of documentary films and videos, personal essays and experimental works which have been shown at festivals, museums and on television on six continents (Antarctica being the lone hold out), and have won a number of awards, including the Distinguished Documentary Achievement Award from the International Documentary Association for the 1997 film THE BURNING BARREL. Much of my work has focused on marginalized and minority and diasporic communities, and on the relationship between culture and the landscape and environment. I continue to actively distribute and exhibit my work, which includes the CBC documentary BEING OSAMA, the interactive website IMAGINING NDG, and the 2014 feature documentary CINEMA PALESTINE.

CINEMAPALESTINE (2014)  Documentary film projectfeaturing interviews with and excerpts from the work of Palestinian filmmakersliving in Israel, the Palestinian Territories and other nations of the MiddleEast which examines questions of nationhood, national identity and dislocationas expressed through transnational cinema. Schwab is principal investigator andproducer/director with funding from Concordia VPRGS seed grant, FQRSCindividual research-creation grant and from the Doha Film Institute, Qatar.

graphics in an interactive websitedocumenting urban change over three years in the Montréal neighborhood ofNotre-dame-des-grace.  Schwab is principalinvestigator and producer/director with funding from FQRSC.  Online at http://www.imaginingndg.org/

BEING OSAMA (2004)  Digital, hour longtelevision documentary commissioned for the CBC series “The Passionate Eye”about Arab-Canadians in the post-9/11 world. Produced by Diversus  Productions,co-directed by Tim Schwab and Mahmoud Kaabour.

THE BURNING BARREL (1996) 16mm film,thirty minutes.  A social commentary onthe rise of consumer culture and the decline of rural life.  Written, produced and directed, filmed andedited by Tim Schwab and Christina Craton for the Independent TelevisionService (ITVS) with funds from the Corporation for Public Broadcasting (CPB).