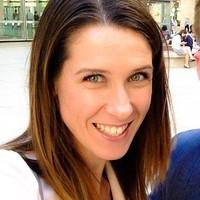 I hold a PhD in Cultural Studies from the University of British Columbia. Prior to joining the faculty at Concordia I was a Visiting Scholar at New York University and an Andrew W. Mellon Postdoctoral Fellow at the September 11 Memorial and Museum. My research, in brief, focuses on how the philosophy of hospitality intersects with race, class, gender, and violence in the global art, media, and visual culture produced in the aftermath of the 9/11 terrorist attacks.

I am the author of Hospitality in a Time of Terror: Strangers at the Gate (2017), published by Rowman and Littlefield/Bucknell University Press. This book investigates the role of entertainment media, popular culture, and visuality after 9/11 from an interdisciplinary humanities perspective. It seeks to examine how the popular artistic, filmic, and literary responses to 9/11 and its aftermath – and, in particular, diasporic, marginalized, and postcolonial responses – have much to offer in terms of how we might apprehend others and otherness in a time of terror and uncertainty. I am currently revising my second monograph The Art of Encounter: Political Hospitality after 9/11 which explores the role of the 9/11 Memorial Museum and its use of visual culture to enhance visitor experience, historical narrative, and empathetic understanding.

At the 9/11 Museum, I was tasked with adding more cultural and media content to the institution's public programs. Working with the programming team, we held events including panels discussing the representation of otherness in the Showtime series Homeland (with show-runners Alex Gansa and Howard Gordon, and actor Mandy Patinkin), artistic responses to trauma (with Don DeLillo and Eric Fischl), media coverage of 9/11 (with panelists from the New York Times, Associated Press, and Vice), the social media recruitment strategies of ISIS (with Cole Bunzel and Graeme Wood), and live dance, music, theatre, film, and poetry performances.

“Traumatic Ruins and the Archeology of Sound.”Journal of Sonic Studies. (Forthcoming January 2018).

“Unlikely Cryptfellows: Hospitality, Difference, and Spectrality at the9/11 Museum.” Journal of Aesthetics and Culture. Volume 7 (Fall 2015).

“Sympathy for the Devil: (Re)Reading The Satanic Verses After 9/11 andLearning to Love the Monster (Within).” Postcolonial Text. Volume 7, Number 4 (2012).

“Spencer Finch’s Trying to Remember the Color of the Sky on That SeptemberMorning.” Speaker Series: The Stories They Tell. September 11 Memorial andMuseum. Recurrent (2015-2017)

“Representation, Violence, and the Politics of Place and Identity.” InvitedGuest Lecture. University of British Columbia.