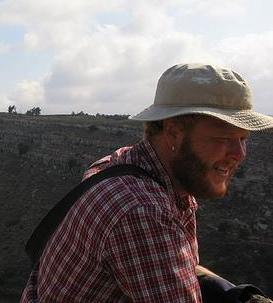 I obtained my doctorate in Classical Archaeology from the University at Buffalo, SUNY in 2014.  For my dissertation I employed an integrated approach, using material remains,texts, and landscape data, to examine and compare the socio-political and economic organization of three Bronze Age polities, Alalakh in the Amuq Valley (Syria/Anatolia), Galatas in the Upper Pediada (Crete), and Pylos in Messenia (Greek mainland).  Following the completion of my doctorate, I served as a Visiting Assistant Professor at Trent University in the in the Department of Ancient History & Classics (2014-2015).  I have been at Concordia since fall 2015.

I am a specialist in the material culture and history of ancient Greece and Rome.  My most recent research focuses on urbanization and city-planning in the ancient world.  I am especially interested in the recursive relationship between people and their built and unbuilt environments.

I have worked as an archaeologist in the Mediterranean for the past 15 years.  Since 2002, I have been involved in archaeological work at the Late Roman site of Kourion on Cyprus.  From 2005-2010 I served as one of the principal investigators on the Galatas Survey Project, a multidisciplinary regional survey project on Crete.  Over the course of the past eight years, I have been working at the Bronze Age site of Gournia where I have served as a Field Director and architectural specialist. The Gournia Excavation Project is a multiyear, collaborative research project aimed at examining how this Minoan settlement developed and changed over time.

2014. “The Rise of a Minoan City and the (Re)Structuring of its Hinterlands: A View from Galatas", in Making Ancient Cities: Space and Place in Early Urban Societies, A.T. Creekmore III and K. D. Fisher eds. Cambridge: Cambridge University Press, 257-291.

2014. “Districts, Neighborhoods, and the Streets that Bind Them: Urban Planning in Minoan Cities”, in Meditations on the Diversity of the Built Environment in the Aegean Basin: A Colloquium in Memory of Frederick E. Winter, June 22-23 2012. D. W. Rupp ed. Publications of the Canadian Institute in Greece, No. 7. Athens: CIG, 55-82.

2010. (with C.M. Mavromatis and D.A. Parks) “The Kourion Mapping Project: A Contextual Spatial Analysis of the Kourion Acropolis”, Report of the Department of Antiquities, Cyprus. 2009: 261-94.

Copies of some publications can be obtained on my Academia Page.