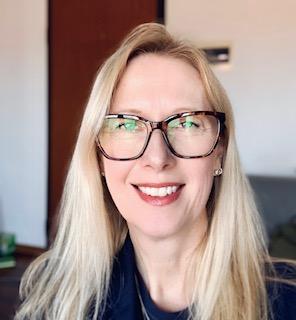 My current research explores the representation of migrants and refugees in Italian documentaries and focuses on how borders are constructed in the cinematic representation of migrancy. In order to counterbalance the negative tone the media used to portray contemporary migrations, new discourses and narratives coming from documentaries have challenged these stereotypical images. Documentary filmmaking has seen a resurgence in Italy and has become a creative site of production, both for its forms and its subjects. Militant in nature, with a peculiar attention towards minor and marginalized subjectivities excluded from any official form of discourse, documentaries have engaged in different socio-political issues in order to facilitate the public debate around them, and this on many topics (migration but also women’s rights, waste management, ecological crisis, and many more).

I also study Italian migrant writers and the representation of migrants in contemporary Italian fiction. In Italy migrations are a relatively new phenomenon, as the peninsula has exported over the last century millions of citizens all over the world, but was totally unprepared when, at the turn of this millennium, it became for the first time in its history a destination country for many immigrants trying to reach a better life in Europe. If, as has been noted by Stephen Castels, we live in the “age of migration,” then issues related to it, such as identity, integration, migrants’ representation just to name a few, are at the core of the political, sociological and intellectual life of the country.

Shifting and Shaping a National Identity. Transnational Writers and Pluriculturalism in Italy Today.

“Mediterranean Seafarings: PelagicEncounters of Otherness in Contemporary Italian Cinema.” Europe in Its Own Eyes, Europe in the Eyes of the Other. Eds. Mary DeCoste and David B. MacDonald. Waterloo: Wilfrid Laurier University Press, 2014.342-363. Print.

“Migrancy, Exclusion and Belatedness in Dagmawi Yimer’s Waiting” Italian cinema and media: Past and present, continuity and change, expectations for the future, American University of Rome organized by the Journal of Italian Cinema and Media Studies, June 16, 2022.

“Italian Cinema and Migrations: The Work of AndreaSegre.” Canadian Association for ItalianStudies, University of Ottawa, Ottawa, May 11-13, 2018.

·      “Through Water and Mountains: Ecocritical Representations of Migration in Contemporary Italian Cinema.” Society for Cinema and Media Studies, Montreal, March 25-29,2015.