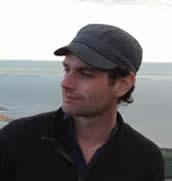 My work uses the tools of logic to analyze the grammatical representations of meaning within the language faculty. The spirit of this work follows the semantic projects laid out by generative linguists such as Chomsky and Katz & Fodor, while also taking advantage of the technical machinery introduced by Montague and Keenan & Faltz. Within this general framework, I have been researching the grammatical representation number, comparison and scalar competition. Studying both linguistic and non-linguistic aspects of meaning in children and adults has allowed me to gain a more complete understanding of the interaction between language and the conceptual development of number and quantification. Much of this work involves teasing apart the various contributions to meaning, whether it be language-particular representations (pure semantics), more general conceptual abilities (psychological categories), or general reasoning processes (pragmatics). Languages such as Mi’gmaq (a northeastern Algonquian language), English and Western Armenian play critical roles in this research.