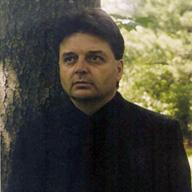 Murray Clarke is Professor of Philosophy at Concordia University and was Visiting Scholar at Rutgers University and Western University. Twice Chair of Philosophy and Graduate Program Director, he works in contemporary epistemology and philosophy of mind and psychology. Concerning the former topic, he has written a series of papers defending Tracking Theories of Knowledge and has written on the impact of recent empirical psychology concerning various issues in epistemology. On the latter topic, he has written on the nature of rationality and our natural inferential capacities, and on the nature and origin of concepts and our cognitive architecture. He also has an interest in various issues in philosophy of science. He is a member of the FQRSC-funded Groupe de recherche interuniversitaire sur la normativite (GRIN) led by Professor Aude Bandini of Universite de Montreal.

Most significant and recent research contributions