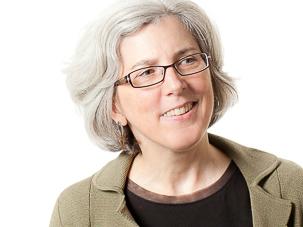 The Aesthetics and Politics of the Crowd in American Literature (Cambridge University Press, 2003)

"When Psychoanalysis Was in Vogue," in American Literature in Transition 1950-1960, ed Steven Belletto (Cambridge University Press, 2018)

"The Idea of Happiness: Back to the Postwar Future," in Postmodern/Postwar--And After ed. Daniel Worden, Jason Gladstone, and Andrew Hoberek (University of Iowa Press, 2016).
"Robinson's Crusoe: Housekeeping and Economic Form," Contemporary Literature 55 (2014).

“Shadow Economies: The Distribution of Wealth in and around Pudd’nhead Wilson,” ELH 78 (2011).

"Anerotic Excursions: Memory, Celibacy, and Desire in The American Scene," in Questioning the Master: Examinations of Sexual Ideology in the Writings of Henry James, ed. Peggy McCormack (U of Delaware P, 2000).