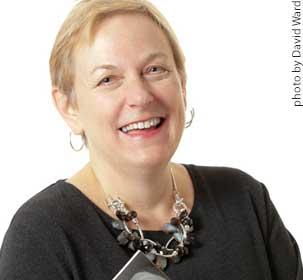 Dr Mann-Feder has been a full time faculty member in Applied Human Sciences since 1992.  She taught as a sessional instructor in Psychology at Concordia between 1984 and 1992, and has worked as a Consulting Psychologist in the child welfare system in Montreal since 1976.  From 2004 until 2007, she served as Chair of Applied Human Sciences, and from 2000 until 2007, she was Editor of the Journal of Child and Youth Care Work.She also served as the founding Graduate Program Director for the Diploma in Youth Work.

Mann-Feder, V. (2016, August). I get by with a little help from my friends: Careleaving, friendships and the role of agency policy. International Federation of Educative Communities (FICE), Vienna.

Mann-Feder, V. (2015, October). Leaving care research: Who is it helping? Panel on Social Support Among Older Youth Aging Out of Care. Society for the Study of Emerging Adulthood, Miami.

Mann-Feder,V., Blanchet-Cohen. N. & Ranahan, P. (2014, May) Responding to our current times: An approach to youth work education. Bi-annual conference of the School of  Child and Youth Care, University of Victoria, Victoria , British Columbia.