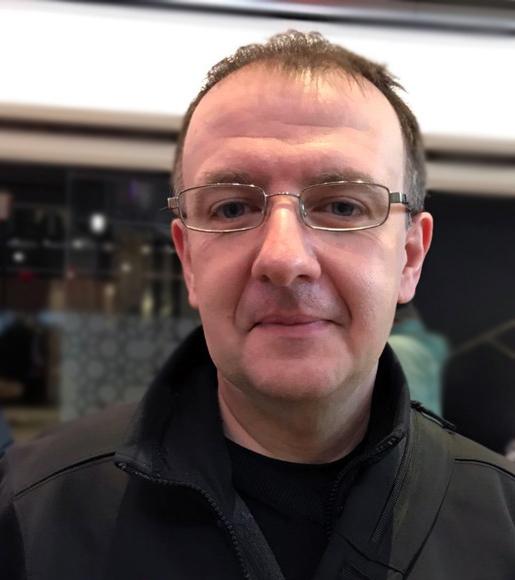 Dr. Attila Zsaki is an Associate Professor in the Department of Building, Civil and Environmental Engineering. He obtained his B.Eng. degree from Ryerson University in 1996 and his M.A.Sc. and Ph.D. degrees in civil engineering from the University of Toronto in 1999 and 2003, respectively. From 2003 to 2004 he was a Postdoctoral Fellow and from 2004 to 2005 a Research Associate at the University of Toronto's Lassonde Institute for Engineering Geoscience in the Computational Geomechanics Group.

Dr. Zsaki's research is focused on modeling and computational aspects of geosciences (rock & soil mechanics) with particular interest in multiphysics modeling of continuum and discontinuum and lately, railway geotechnics. His other areas of interest are scientific computing, parallel computing, computer graphics and mesh generation. He joined the faculty of Concordia in June 2005.

Until further notice I am not taking new Ph.D. students. If you seek a M.A.Sc. position, please read my research areas carefully and contact me if you have a significant background in the work I do. I will consider your email and contact you only if there is a position available that suits your background. Thus, please do not send me repeated reminder emails.

Dr. Zsaki's current research interests are in the area of continuum and discontinuum modeling of geomaterials (rocks in particular) and generation of sythetic rock models for visualization and computer graphics applications. A few ongoing projects include;

Since Dr. Zsaki's research interests are mainly involve some aspect or another of developing numerical models, students with sound background in geomechanics or geophysics are encouraged to contact him. Note that in addition to geomechanics, prospective students should have good programming skills in C/C along with some experience using current graphics programming API. Background in OpenCL, CUDA, MPI or OpenMP would be a bonus.

L. Luo, M.A.Sc., Effect of ballast pockets on the stability of railway embankments

S.S. Xu, M.A.Sc., Effect of rapid drawdown on the stability of railway embankments

W. Zhang, M.A.Sc., The effect of piles and their loading on nearby retaining walls – An Artificial Neural Network Approach

S. Zhang, M.A.Sc., The effect of particle geometry and surface asperities on the result of discrete element simulations

M. Hazegh Fetratjoo, Ph.D., A framework for automatic modeling of underground excavations and optimizing 3D boundary and finite element meshes associated with them

A. Kundu, M.Tech., Strengthening of clay by geogrid reinforced granular pile (co-supervised with with Profs. Maheshwari and Samadhiya, IIT Roorkee)