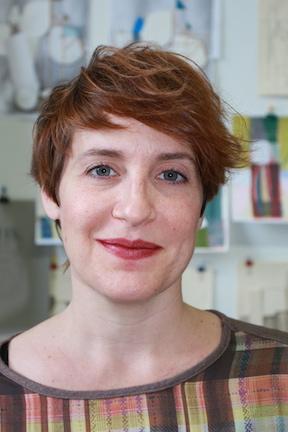 Cathia Pagotto is a director/designer working in theatre, dance, film and visual arts.  She has designed lights, sets, and costumes for numerous dance, theatre, and film productions that have been shown in New York, Los Angeles, San Francisco, Istanbul, Toronto, Turin, Paris, and Montreal, among others.

Pagotto received a development grant from the Canada Council for the Arts for the second part of theatre company Landed2’s The Suspension of Wait trilogy, as well as a production grant from the Quebec Council of Arts and Literature (CALQ) for the first part of the trilogy.

Pagotto’s costumes for Geordie Production’s Robin Hood were nominated for a 2013 META for Outstanding Costume Design. Pagotto received a META nomination for Outstanding Contribution to the Theatre for Video Design in 2016 for Sidewalk Chalk, and again for both Best Costume Design and Best Set Design for Waterweight, in 2017. In 2018, Instant, for which she designed Set, Costumes and internal Lighting, won a DORA award for Outstanding TYA Production. Her costume design for Yev, by Scapegoat Carnivale, in 2019, was also nominated for a META. Her work with Toronto's Public Recordings has been shown at the Féstivale TransAmérique, The Harbourfront Center, The National Arts Centre of Canada, the WorldStage Festival and throughout Europe.