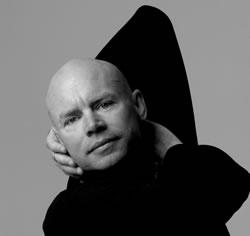 Warwick Long is a former professional dancer, Feldenkrais Practitioner and Osteopath. He holds a Diploma in Osteopathy, as well as a Masters Degree in Physical Education and a Post Graduate Diploma in Dance Studies from the University of Otago. Since 2003 Warwick has been on the Part Time Teaching Faculty of Concordia University, Montreal, Université du Québec à Montréal, and the Centre Ostéopathique du Québec.

Warwick began his dance training in New Zealand before moving to Australia to study at the Victorian College of the Arts, Melbourne University. Following his graduation in 1986, he worked with a wide variety of dance companies and independent dance projects both in Australia and New Zealand.

Warwick also pursued an interest in pedagogy, teaching in the Bachelor of Performing and Screen Arts program at UNITEC in Auckland as well as completing professional training in the Feldenkrais Method of Somatic Education. From 1999 to 2002, he was a senior teaching fellow at the University of Otago School of Physical Education (New Zealand), where he also earned his master's degree.

Maintaining his performance profile in Canada, Warwick has collaborated on dance projects with Fortier Danse-Création for the Canada Dance Festival.  Warwick currently teaches somatic education and anatomy for the moving body at Concordia University and at the Université du Québec à Montréal. He also has a private practice co-directing ESPACE212 a Montreal osteopathy and physiotherapy clinic that focuses on needs of performing artists as well as the general public.