The animated-film director explored the ‘dialogue between film and visual arts’ at Concordia
|
By Julie Barlow, MA 94
Source: University Advancement 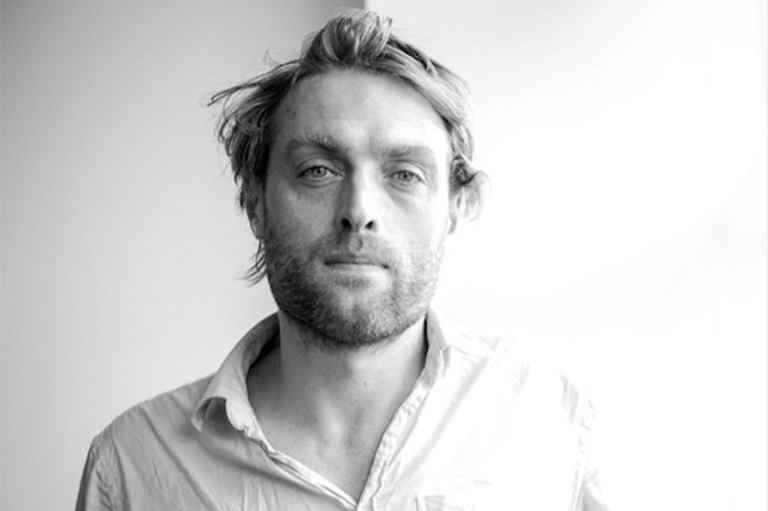 “I had a strong desire to go into film, but I was afraid to take the plunge,” says animated film director Félix Dufour-Laperrière. “Then one day, I just decided to try my luck.”

Since graduating from Concordia’s Mel Hoppenheim School of Cinema, Félix Dufour-Laperrière, BFA (film animation) 07, has been pushing the boundaries of his art.

“Animated films are not just for kids anymore,” says the director, screenwriter and producer who is among Canada’s leading animated film directors. “We can treat any subject in animation today, even politics.”

In 2018, Dufour-Laperrière’s award-winning feature length film Ville Neuve — set during Quebec’s 1995 referendum — debuted at the Venice International Film Festival. Hollywood Reporter described him as “a gifted animator with a minimalist but personal style.”

Over a career spanning almost two decades, Dufour-Laperrière has created 11 short and three full-length animated feature films — each entirely hand-drawn — using different techniques including collage and reworked photography. He says his films explore the entire range of human experience and emotion, from solitude and love to human violence and what it means to explore the world.

Dufour-Laperrière is presently at work on his fourth animated feature-length film, La Mort n’existe pas (Death Does Not Exist). The film explores political violence and follows Helen, the main character who is on the run from an armed attack. She meets alter ego, Catherine, who challenges her to confront the moral, political and human dilemmas they face on their journey.

“I explore the tragic and fantastic character of violence and the coexistence of two impossibilities,” he says. “On one hand, there is no place for violence in the world, but what if the status quo is also impossible?”

‘I am grateful to this day’

Dufour-Laperrière — who describes his work as “Albert Camus’s The Just Assassins meets Alice in Wonderland” — grew up in Chicoutimi, Quebec, among a family of lawyers and engineers and was originally headed for a career in the sciences. It was while studying physics that he decided to apply to Concordia. “I had a strong desire to go into film, but I was afraid to take the plunge,” he says. “Then one day, I just decided to try my luck.”

The director thanks former assistant professor Farzin Farzaneh — now an independent filmmaker and visual artist based in Montreal — for spotting his talent and encouraging him to persevere. “He gave me my chance. And then Concordia changed my life. I am grateful to this day,” says Dufour-Laperrière.

A still from Dufour-Laperrière’s latest film, Archipelago, which closes the Festival de nouveau cinéma and hits theaters this fall.

“My short and feature films are exactly in the spirit of Concordia’s Film Animation program,” says Dufour-Laperrière. He credits the program’s “magic ingredient” for contributing to his success. “The program straddles both the Faculty of Fine Arts and the cinema school. That allowed me to follow a film curriculum while learning skills such as drawing, engraving, print making and lithography,” he adds.

“The program created a dialogue between film and visual arts where I could exchange ideas, techniques, visual strategies.”

Though his university days are behind him, Concordia continues to play an integral role in Dufour-Laperrière’s life. At Embuscade films, the production company he runs with his brother Nicholas, feature-length films can require up to 40,000 drawings and can involve a team made up of 10 to 25 people.

“One individual drawing takes several hours to make. I can’t do this alone,” says the filmmaker, who has turned to his alma mater to enlist support.

“Many of the interns and artists we hire are from the Film Animation program. We also produce films by Concordia graduates,” he adds.

“Concordia film school graduates perfectly understand the spirit of what I’m doing — in other words, they come with a quality guarantee.”