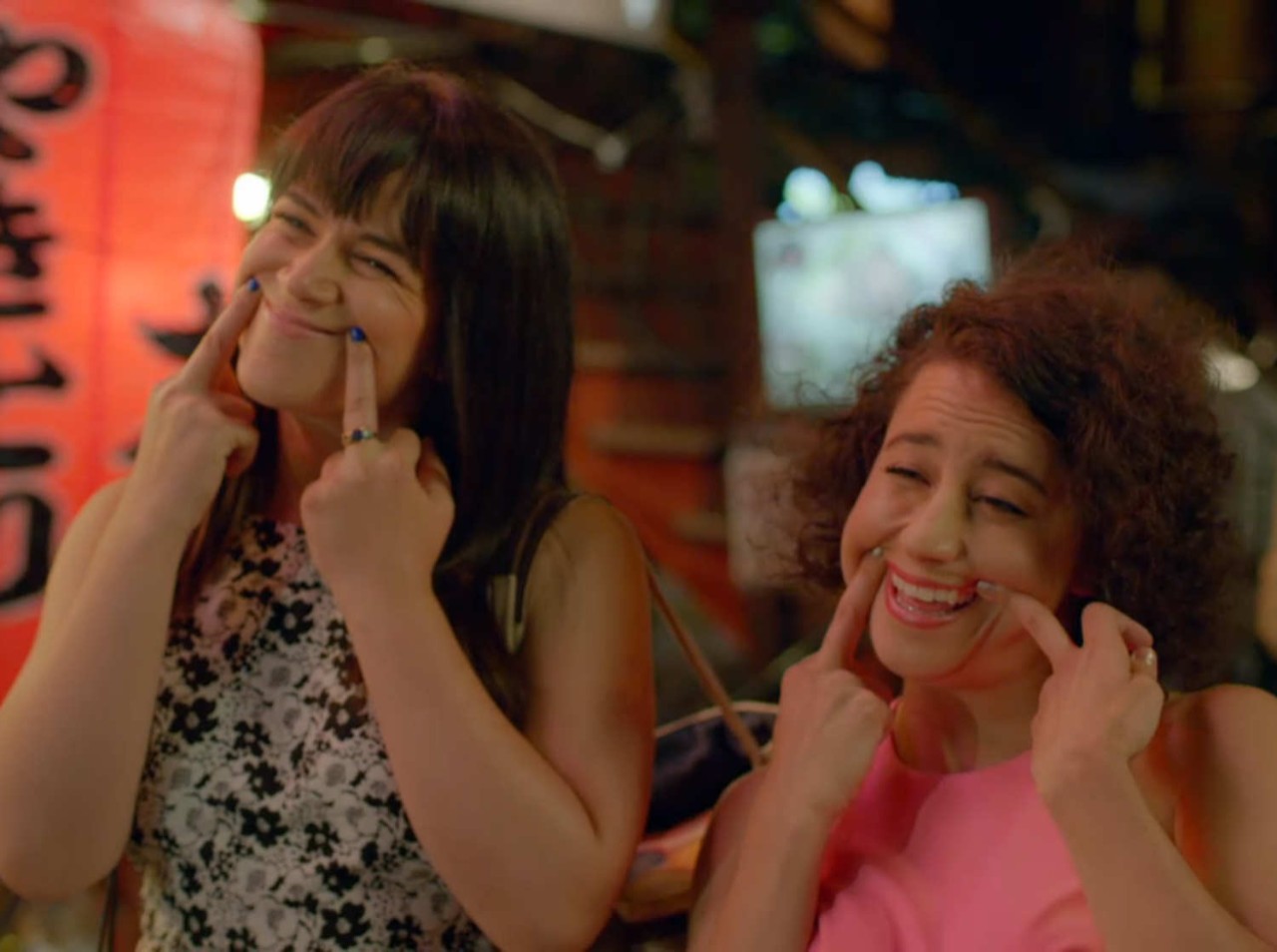 Why is humour often so divisive? When and how are jokes about difficult or traumatic experiences productive and healing? Beginning with the assumption that humour can invite meaningful, pleasurable engagements with issues of privilege, power and difference, our group explores the possibilities and potential pitfalls of using humour in feminist teaching and performance and considers how established theories of laughter and comedy can contribute to an interdisciplinary feminist analysis of humour about violence and racial, ethnic, religious, gender, and sexual difference.

When are painful experiences also sort of funny? How can telling stories about our troubles — from systemic discrimination to bad haircuts — help us to better understand them, and each other? Join us to explore these questions at a storytelling workshop on Friday, March 8, 2019, from 11 a.m. to 1:30 p.m.

Our guest, local storyteller and recent Concordia English graduate Francesca Esguerra will perform for us then guide participants to draft and (for those who want) share our own micro-stories, drawing on exercises inspired by Confabulation’s “The Shortest Story” concept. Snacks will be served.

Sponsored by the Centre for Interdisciplinary Studies in Society and Culture, the workshop is free and open to all Concordia students, faculty, staff, and the Montreal community. As space is limited, email Danielle Babker to register.

FaCH on for better results!

The Feminism and Controversial Humour working group, now heading into its third year with CISSC, has two public conversations planned for the fall 2018 semester, both taking place in the beautiful McEntee Room in the Hall Building (H-1001.01).

On Friday, October 19 from 2-4 pm, we’ll view Australian stand-up comedian Hannah Gadsby’s critically acclaimed Netflix special, Nanette (2018), and then weigh in on its successes and shortcomings both as a performance and as a theory of comedy.

The Pleasures and Dangers of Political Humour Online

When and how do you use humour when taking a stance on the Internet? How do you respond to racist or misogynist trolls and other sorts of politicized "joking" online?

After you register at Eventbrite, you’ll receive a list of readings.

All are welcome. RSVP to danielle.bobker@concordia.ca to attend either event.

Viewing & Discussion of Hannah Gadsby's Nanette (2018)
Friday, October 19, 2018 from 2-4 pm,
McEntee Room in the Hall Building (H-1001.01)
We will view Australian stand-up comedian Hannah Gadsby’s critically acclaimed Netflix special, Nanette (2018), and then weigh in on its successes and shortcomings both as a performance and as a theory of comedy.

Discussion on alt-right humour
Friday, November 9, 2018 from 2-4 pm
McEntee Room in the Hall Building (H-1001.01)
We’ll discuss alt-right humour and irony. When and how do the uncertainty and instability of humorous rhetoric help to promote hatred and violence? How do you respond to it?

All are welcome. RSVP to danielle.bobker@concordia.ca to attend either event and receive optional readings.

At this meeting, we will watch clips from the award-winning Baroness von Sketch Show. Special guests Carolyn Taylor and Moynan King will then join us via Skype for a discussion about how comedy, queer feminist politics, and humour come together in their work. Everyone is welcome. Download the event poster here. 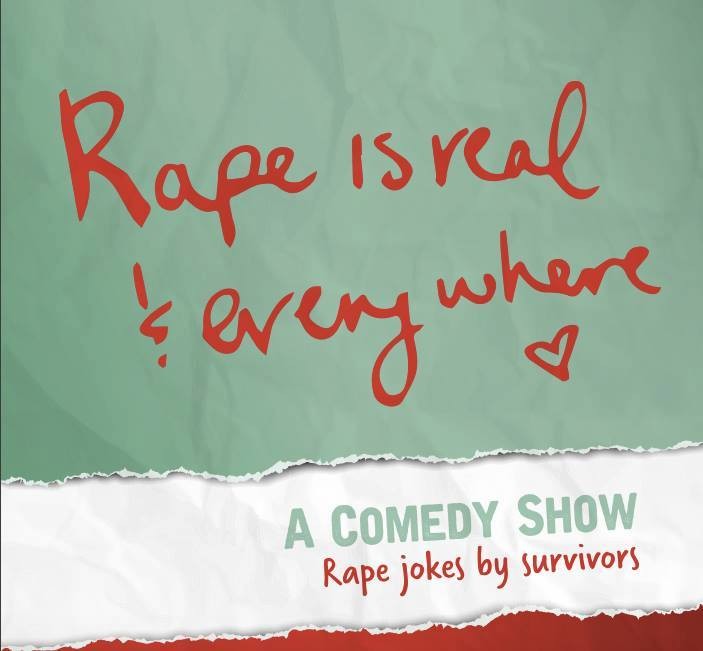 In September FACH partnered with comedians Heather Jordan Ross and Emma Cooper to bring an extraordinary stand up comedy show by survivors of sexual assault to Concordia.

Comedians who have survived rape shared their experiences and joked it out. There was hilarity, cathartic honesty and old-fashioned vulnerability. Produced and performed by Heather Jordan Ross and Emma Cooper, the show also featured some of Montreal’s best comedians, including Robyn Flynn, Chris Middleton, and Tranna Wintour.

RIRE was brought to Montreal by the generous support of Concordia Student Union, the Fine Arts Student Alliance, the Graduate Students' Association, the Simone de Beauvoir Institute, the Centre for Interdisciplinary Studies in Society and Culture, the School of Irish Studies, the Dean of Arts and Science, and the Feminism and Controversial Humour Working Group.

Please find below media links about RIRE at Concordia:

In this working group seminar, we discussed the Rape is Real and Everywhere show, as well as topical issues including Louis CK, James Corden and sexual harassment in the comedy world.​

All faculty and graduate students are welcome to attend. Snacks will be served! Please join us!

At our second fall meeting, we’ll talk about a work in progress on abortion and comedy by Susan Cahill, more humour theory, a current controversy or two, and continue planning for the one-day conference in March.

When is race humour anti-racist?

All graduate students and faculty are invited to join the Feminism and Controversial Humour working group for a discussion on Friday, January 13, 2017 from 3-5pm in H-1001.001 (in the Irish Studies Department). Please come!

Please save the date too for our symposium on Feminism and Controversial Humour, coming up on Thursday, March 9 (6-8) and Friday, March 10, which will include keynote talks from Anca Parvulescu, author of Laughter: Notes on a Passion, and Rebecca Krefting, author of All Joking Aside: American Humor and Its Discontents, a panel about the recent Canadian comedy tour, Rape is Real...and Everywhere, and a stand-up show curated by local comics Natalie Willett and Kirsten Humbert.

Please be advised that some of the clips that we may consider in tomorrow's meeting use racial stereotypes and strong language. If you would like to watch in advance, the links are below:

https://www.youtube.com/watch?v=moN0rw04ggI
(first minute or so)

Please email danielle.bobker@concordia.ca with any questions.

Also on the agenda are a work in progress about race and comedy by Gada Mahrouse and finalizing our plans for the March conference.

Our day-long public symposium will include performances by local comedians, interdisciplinary papers on feminism and difficult comedy, and a keynote by an emerging feminist scholar of humour.

At our spring meeting in May, we discussed “Satire and Offensive Humour,” an essay in progress about jokes about sexual violence by Danielle Bobker, as well as humour theory by Ted Cohen, D.H. Monro, Anca Parvelescu, Jessica Valenti, and Lindy West. Contact danielle.bobker@gmail.com for copies of any of the readings.

Since April 2016 Concordia’s working group on Feminism and Controversial Humour has been meeting to talk about humour that addresses race, sexual assault, abortion, and disability—operating under the premise that feminists may be particularly well positioned to understand not only the costs but also the benefits of joking about structural inequities, including their most violent and traumatic manifestations. Our upcoming symposium extends and opens up this conversation. We launch with a comedy show on Thursday, March 9th then continue on Friday, March 10th with talks by two American feminist humour scholars, a Q & A with a co-producer of the Rape is Real… and Everywhere stand-up tour, as well as a panel on controversial jokes by Mike Ward, Ali Hussein, and on the Netflix comedy-drama BoJack Horseman.

Sponsored by the Centre for Interdisciplinary Studies in Society and Culture, the Simone de Beauvoir Institute, the English Department, Writers Read, Irish Studies, and the Office of the Vice President of Research and Graduate Studies, the symposium is free and open to the public. Spaced is limited. Please register in advance by Wednesday, March 1st.

Please register in advance. The event is free of charge but space is limited!
For more information, please email feminist.humour.symposium@gmail.com.

Suggested donations of $5 to be shared by the performers and the Native Women’s Shelter of Montreal.

11:45 a.m. – 1:00 p.m. Panel discussion: Rape is Real… and Everywhere
We’ll watch part of Heather Ross’s set for the Rape is Real cross-Canada tour in which comedians who have survived sexual assault joked about their experiences. Co-producer, Emma Cooper, will be joined by Robyn Flynn and Natalie Willett, two comedians who appeared in the Montreal show, for a conversation about what RIRE accomplished and why it was so successful. Moderated by Dr Danielle Bobker (English).

What do we mean when we label a joke as offensive? Dr Gada Mahrouse (Simone de Beauvoir Institute) will host a round table discussion on controversial jokes about disability, religion, and abortion by Mike Ward, Ali Hassan, and featured on BoJack Horseman.

Since April 2016, Concordia’s working group on Feminism and Controversial Humour has been meeting to talk about humour that addresses race, sexual assault, abortion and disability.  Our upcoming symposium extends and opens up this conversation. We launch with a comedy show on Thursday, March 9, followed on Friday, March 10 with talks by two American feminist humour scholars, a Q & A with a co-producer of the Rape is Real… and Everywhere stand-up tour, as well as a panel on controversial jokes by Mike Ward, Ali Hussein and on the Netflix comedy-drama BoJack Horseman.

The symposium is free and open to the public.
To register, please go to: www.eventbrite.ca, (look for: “Feminism & Controversial Humour”) by Wednesday, March 1st.