Artforum magazine lists the retrospective as one of their highlights of 2021
|
By Ameila Wong-Mersereau
Source: Faculty of Fine Arts 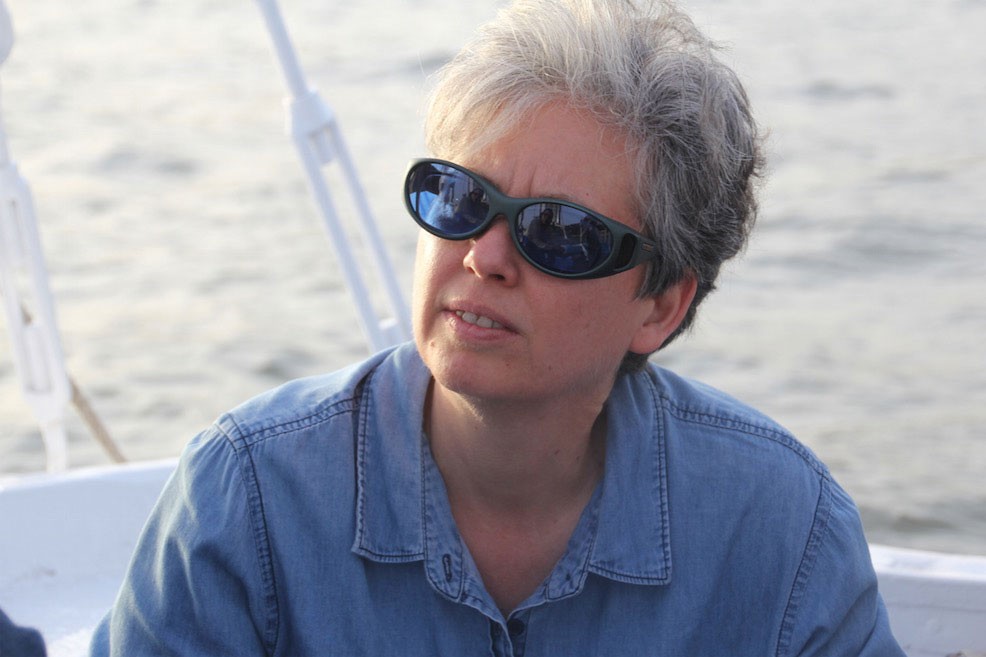 In the spring of 2021, the American University in Cairo (AUC) presented “Robert Colescott: The Cairo Years” at the Tahrir Cultural Center, an exhibition co-curated by Terri Ginsberg, an assistant professor of film and media studies in the Mel Hoppenheim School of Cinema, visual artist Duncan MacDonald and art historian Matthew Weseley.

Robert Colescott was an African-American modernist painter known for his unconventional style and transgressive subject matter. Between 1964 and 1965, he was the inaugural artist-in-residence at the American Research Center in Egypt and later became the first Visiting Professor of Art at AUC. Colescott’s time in Cairo caused a major shift in his conception of race and subsequently his art practice.

The significance of this retrospective exhibition, the largest and most comprehensive to date of his Cairo works, was framed by Black History Month. “At the present historical moment, to revisit Colescott’s discoveries and innovations while in Egypt at AUC is to celebrate the history and legacy of African American art,” write Ginsberg and MacDonald in the introduction to the exhibition catalogue.

The show was also featured recently in Artforum’s top ten highlights of 2021.

Terri Ginsberg was a faculty member at AUC before she joined the Mel Hoppenheim School of Cinema. Her areas of scholarly expertise include Palestinian and Palestine solidarity cinema, German cinema, Holocaust film, critical theory, gender and sexuality studies, and methods of academic pedagogy and institutional critique.

She took time to discuss the exhibition “Robert Colescott: The Cairo Years”.

What drew you to Colescott’s work?

While living and working in Egypt, I became interested in how Cold War forms of U.S. cultural imperialism have been re-configured for the postmodern period. The role of Egypt, where Colescott lived and worked for two years in advance of the 1967 Six-Day War, and of U.S. educational institutions in Cairo and more generally throughout the Arab region cannot be overlooked in this regard. Colescott’s painting style underwent a major aesthetic transformation during his Cairo years, his shift away from abstraction, involving a demystification of black bodies figured ever-more clearly in contexts of storytelling and myth – contexts with which Colescott played ironically, sometimes appropriating and sometimes lampooning them, in order to challenge Eurocentric narratives which we may now say have also been fundamental to contemporary U.S. neocolonization efforts in an Egypt that continues to oppress and exploit the Black and Sub-Saharan Africans to its south in exchange for political favours and obscene amounts of military and corporate aid. Colescott’s challenge, which stands to subvert “blackwashing” efforts that might have been – or are now being – made with respect to his oeuvre, also intersected with, drew from, and to some extent inflected the work of Egyptian modernist painters, many of whom Colescott helped support with exhibitions and publicity during his time in Egypt, often against overdetermined odds which Colescott struggled, successfully, to surmount. 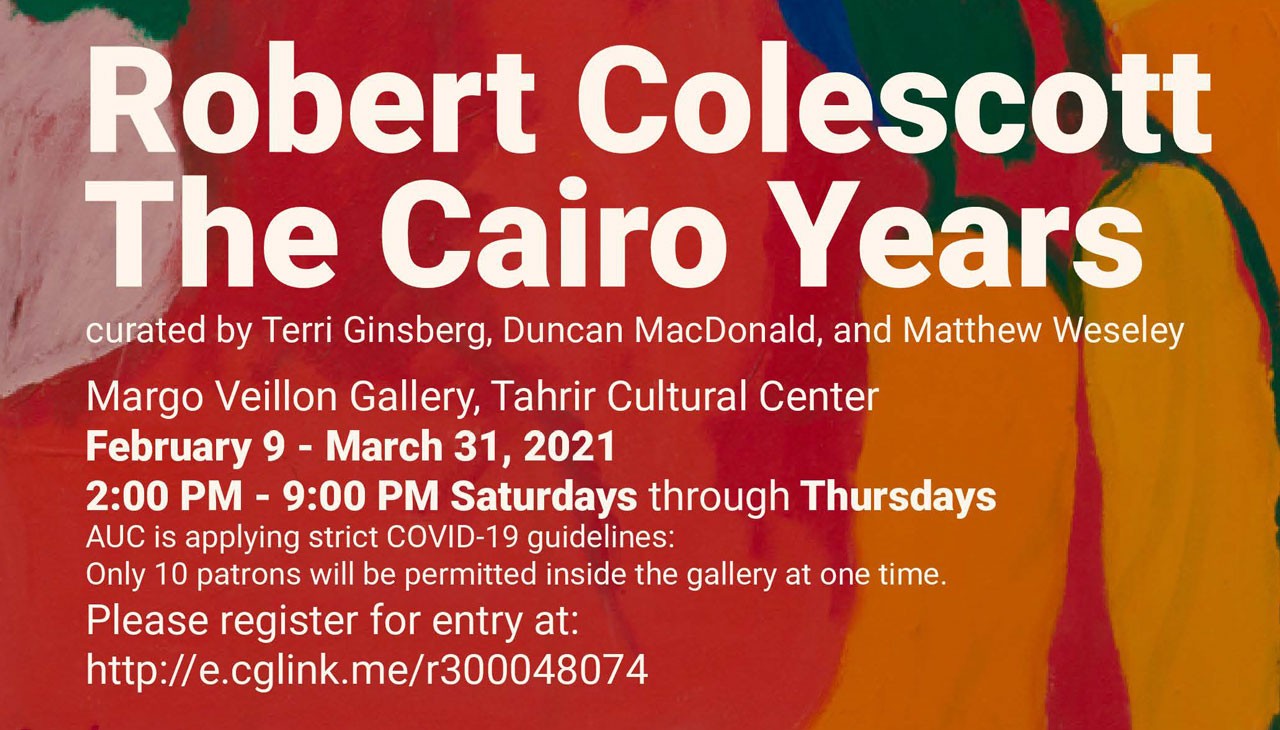 Web poster from the exhibition "Robert Colescott: The Cairo Years"

What is the significance of a figure like Colescott today?

Robert Colescott is significant today because of the role his work played in toppling the dominance of Abstract Expressionism during the Cold War, the McCarthyistic tendencies of which, as they targeted especially people of colour in the labour movement, have returned with a vengeance in today’s co-optive era of conservative multiculturalism and neo-expressionist digital “experimentalism.” Colescott’s figurative articulation of racializing cultural politics to abstract expressionist aesthetics, which at the time formed a heavily governmentalized component of U.S. anti-Left cultural diplomacy efforts, stands to remind us that modernization and the exploitation of racialized labour are not necessarily synonymous but have come to be lived as such through the course of many centuries of European colonialism that, among other terrible things, entailed the brutal enslavement of Black people and the genocide of Indigenous peoples throughout the world in the name of socio-economic “progress.”

What are the most compelling elements of Colescott’s works from this period for you?

For an in-depth answer to this question, I would refer you to the introductory essay of the exhibition’s catalogue. In short, Colescott, who for many years had passed as white, may be described as having “come out” as Black on account of his Cairo experience, which, as he states in video presentations at Harvard and in Texas that were included in the exhibition, changed his life. In his words, he “would not be here today” had he not spent time in Egypt. The integration into his Cairo paintings of Egyptian modernist aesthetics is obvious, but so is their articulation to a sensibility that has been associated, although not without some contention, with particularly African-American problematics and concerns, especially around the construction of “race” as a social category and the meaning of significance of (phenotypical) color in that regard.

Learn more about Film Studies programs in the Mel Hoppenheim School of Cinema.