LEVEL UP — INTRODUCTION TO GAME AUDIO WITH BRIAN SCHMIDT 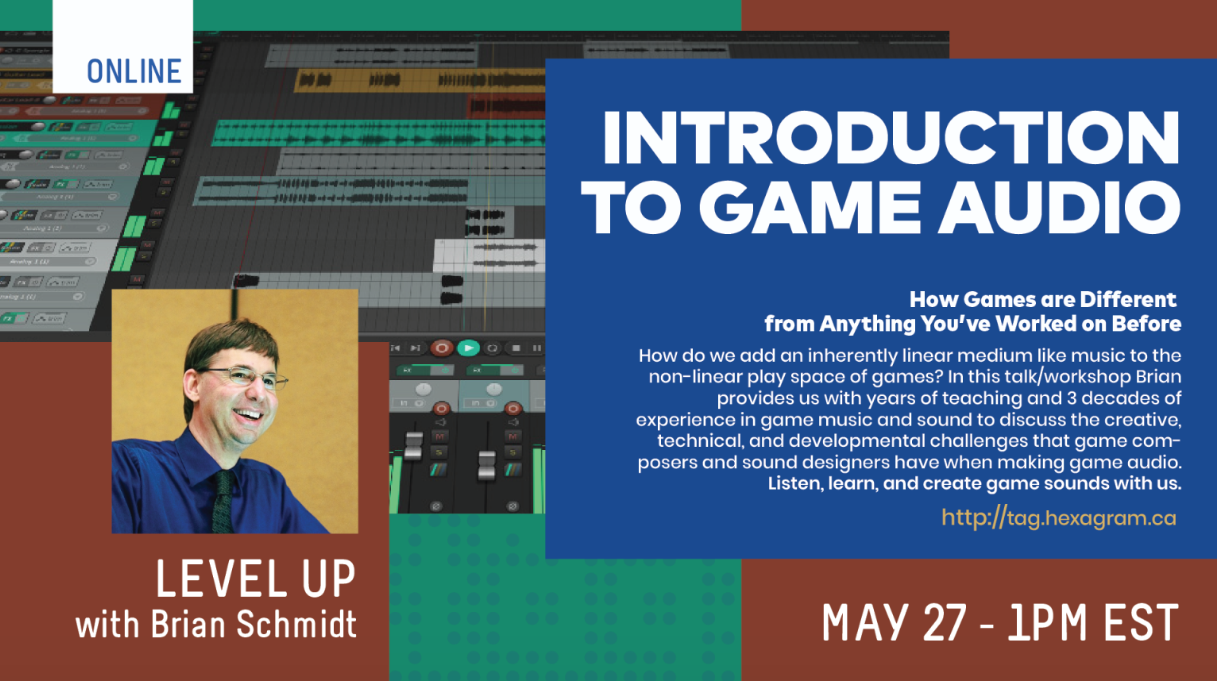 Join us on May 27, 2022 to “Level Up” your understanding of videogame sound design with longstanding sound designer, teacher, and award winning Brian Schmidt!

In this talk Brian provides an introduction and exploration into the creative, technical and development challenges that game composers and sound designers have when creating audio for games or other interactive experiences, and will discuss the many ways in which video game music and sound design are fundamentally different from sound for linear media such as television or film.

WHAT YOU NEED:
All you need is a laptop and access to any presentation software (i.e., Google Slides, Powerpoint)

MORE ABOUT BRIAN:
Brian Schmidt is one of the true pioneers of the game audio industry. The 2008 recipient of the Game Audio Network Guild’s Lifetime Achievement Award, and 2017 inductee into the Pinball Expo Hall of Fame, Brian has been creating game music, sounds and cutting edge technology for more than 30 years.

With a credit list of over 140 games and a client list including Electronic Arts, Zynga, Microsoft, Sony, Capcom, Sega, Data East, Namco and many others, Brian has used his combined expertise and experience in music composition, sound design and his deep technical knowledge to further the state of the art in game audio and his music has been featured in TV, Film and in the CD-set, Legends of Game Music.

He is the creator of GameSoundCon, the industry’s only conference dedicated to composing video game music and video game sound design education. Having given literally hundreds of educational and inspirational talks at events all over the world, Brian currently sits on the advisory board of the Game Developer Conference.

Brian is a founding board member of the Game Audio Network Guild (G.A.N.G.) is a former steering committee member of the Interactive Audio Special Interest Group (ia-sig) of the MMA, and has been a featured keynote speaker at GDC, Project BBQ and the Montreal Interactive Games Summit (MIGS). See more of his work and find out about his experience.