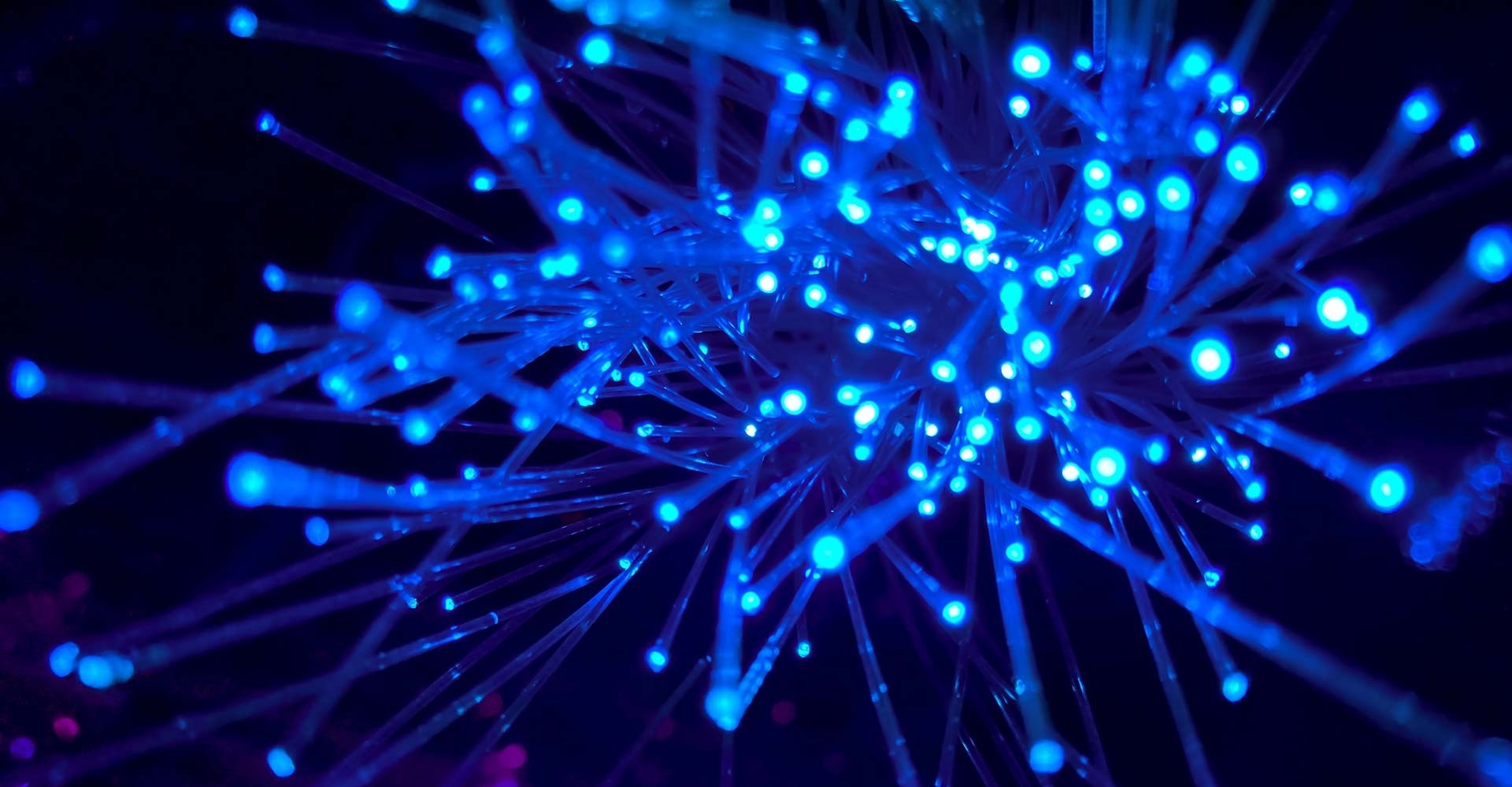 “Bell is really levelling up to make sure that everyone has an opportunity to shine,” says Ivano Pirro, BA 98. “After 24 years, I think I’ll be working here until I retire.”

When their careers at Bell Canada began, Concordia graduates Erasmo Tiseo and Ivano Pirro never dreamed they would still be working for the telecommunications company two decades later.

Yet as the two worked their way up the ranks, one thing became clear: Bell offered them all the tools they needed to develop both personally and professionally.

Bell’s size alone gives the likes of Tiseo, Pirro, Fauzia Gandhi and Tammy Scott — and more than 500 other Concordia alumni at the company — plenty of resources and opportunity to thrive.

With over 50,000 employees, BCE Inc. — the publicly traded company that includes service divisions devoted to mobile telephony and internet as well as digital television, radio and print assets — ranks as one of the largest employers in Canada.

Canada’s Top 100 Employers, a list published annually by Mediacorp Canada Inc., recently ranked Bell as one of the best employers in the country. The company’s wide range of career-development services was given top marks, in particular.

“There’s mobility and opportunity to learn at Bell — or even change your role if you want,” affirms Gandhi. Bell’s culture also attracts a lot of fresh talent new to the workforce.

Mediacorp placed the company on its Canada’s Top Employers for Young People and Canada’s Best Diversity Employers lists for 2022, thanks to efforts to foster a more equitable and accessible workplace as well as projects like the Bell Let’s Talk Diversity Fund, which supports the mental health of historically marginalized groups across Canada.

“Bell is really levelling up to make sure that everyone has an opportunity to shine,” says Pirro. “It’s really impressive. After 24 years, I think I’ll be working here until I retire.”

Read on to learn how four Concordians have made a strong connection at Bell. 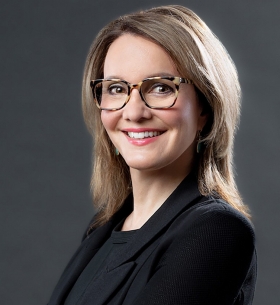 As the senior executive at Bell charged with communications, Tammy Scott has a big mandate.

“Our communications campaign targets the media, existing and prospective customers, the general public, government stakeholders and other partners, prospective employees and also Bell’s employees across the country,” she says.

“My team also leads community relations, communications and program administration for the Bell Let’s Talk programs, which is a massive operation!” Juggling tasks is all part of the job, says Scott.

“Having such a broad list of audiences means I have to stop, drop and roll a lot! My team and I have to respond to urgent needs caused by external factors. And then we have to plan ahead and think about new and different ways to connect with an audience that we haven’t tried before.”

Scott, who earned a Bachelor of Arts in communication studies, previously headed communications at Export Development Canada and the Canada Council for the Arts. Bell’s corporate mission convinced her to make a career change in 2021.

“The pandemic showed us just how reliant we are on technology,” she remarks. “It connected us to the people, places and things that we need and rely on. Canadians should be proud that we have such a strong telecommunications infrastructure.”

To do her job well, the alumna says she still employs storytelling techniques learned at Concordia.

“Everyone can listen to facts and figures, but I feel the most pride and accomplishment when I’m able to help tell a Bell story in a compelling way that captures hearts and minds.” 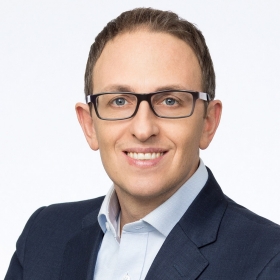 Erasmo Tiseo worked many roles over almost two decades at Bell before he landed his current executive position in finance in 2016. His determination to move up, he says, was partly inspired by the examples of past Bell executives like former chief financial officer William Anderson and former chief strategy officer Peter Nicolson.

“They were extremely senior but open to different perspectives from junior employees,” says Tiseo.

“They were able to manage massive portfolios and still remain composed, focused and respectful to all, regardless of hierarchy.”

As the head of financial planning and capital management, Tiseo supports a team of 100 that seeks to land new corporate clients.

“Our responsibilities include putting together contract bids,” he says. “These are very large multi-year deals with some of the biggest corporations in Canada.

“My team is effectively coordinating, gathering and capturing all the cost elements that go into delivering a solution, and working closely with the sales and marketing teams to put forward our best bid possible.”

Like many Concordia graduates, Tiseo appreciated the experiential approach taken by many of his professors.

“They went beyond the textbooks and spoke about the challenges they faced in the business world with actual examples and case-study problems,” he says. “All of that prepared me for life at Bell.”

Tiseo attributes his success — and his decision to stay at Bell as long as he has — to the company’s collaborative culture and the opportunities Bell provided him to grow, develop and take on different roles and responsibilities.

“When I joined, I wouldn’t have imagined working here for 24 years! But the opportunity to move around and take on new challenges has motivated and energized me over my career.” 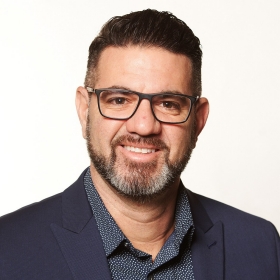 For Ivano Pirro, a Department of Sociology and Anthropology graduate, Bell is a family affair.

“My parents, immigrants from Italy, both worked at Bell,” he says. “I started with a part-time job in call centres and worked my way up, from regional manager to my role today.”

Pirro’s long relationship with the company is key to his work now as the executive in charge of retail sales for Bell, Virgin Plus and The Source, a consumer-electronics and mobile-phone chain.

“I can easily relate to our retail employees because it wasn’t that long ago that I was a regional manager,” he says. “I understand the issues they face.”

The retail sector has been hit hard of late, Pirro adds. “Managers are dealing with labour challenges, people are stressed and anxious and there’s a little bit of a backlash to the service industry in general, whether it’s retail or restaurants.”

Pirro draws on the wisdom of Richard Branson, founder of the Virgin Group, in tough times.

Having thrived in an organization that encouraged his leadership development, Pirro considers it a privilege to help members of his team progress in their career.

“I try to inspire people,” he says. “Motivation is temporary, but inspiration has more longevity.

“Within this organization, you have 5,600 people in our retail divisions, many of whom want to get into leadership roles. I’m never going to talk to them all, but if I can inspire maybe 300 people a year, and they can inspire another 500 people, then that becomes a driving force behind the culture at Bell.” 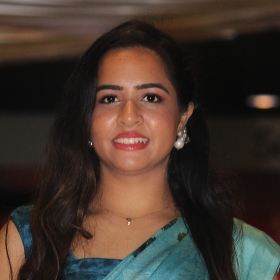 Fauzia Gandhi works around the clock to thwart computer hackers. A cybersecurity analyst at Bell since she graduated from Concordia’s Gina Cody School of Engineering and Computer Science in 2020, she is part of a team that responds to roughly 200 daily cybersecurity alerts.

“Our job is to monitor security alerts, do triage analysis, determine if it’s a real attack and then escalate it to other squads who investigate deeper, remove the risk and find ways to prevent future attacks,” she says.

As one of Bell’s “first responders,” Gandhi has developed some important people skills, too. “Understandably, customers are in a panic when they’ve been hacked. We try to find out what has happened as quickly as possible, but also help calm them down.”

When she was growing up in India, Gandhi actually dreamed about fighting hackers.

“Everyone was always warning us not to click on a web link!” she recalls. “I wanted to know why and what the hackers were doing.”

The future analyst first got acquainted with the world of network security while completing an undergraduate degree in computer science at a top-ranked private university in the state of Punjab. At Concordia, Gandhi’s graduate courses in information systems security introduced her to concepts that have helped her navigate many on-the-job challenges at Bell.

“The professors gave us projects where we had to learn about new security tools we’d never heard anything about,” she says. “They told us we would have to convince organizations to think about security. But hacking increased so much during the pandemic that we don’t need to pitch companies anymore — cybersecurity is booming.”

Even now as a professional, Gandhi adds, the learning never stops.

“We have so many platforms, web applications, mobile phones, laptops, the cloud. We have to figure out how we can prevent hacks on them and create a defensive wall, but also learn the new technologies that are coming into the market.”

In Good Company is a series on inspiring grads who work for corporations, nonprofits or industries that employ a large number of Concordia alumni.