From multiplatform music services to subscription video on demand (SVOD), there’s a Montreal-based company steadily expanding its footprint in the world of music entertainment.

Stingray Group Inc., a streaming media and technology company founded in the 1990s, provides curated content through a product portfolio that now reaches an estimated 400 million users across 156 countries. Much of that reach comes from products included in cable-TV packages from the likes of Bell and Videotron.

Stingray also offers in-store music and digital signage to the retail industry. Beyond a head office in Montreal’s Cité du Multimédia neighbourhood, the company — whose ranks include a considerable number of Concordia graduates — has more than 1,200 employees and operates in the United States, the United Kingdom, the Netherlands, Israel, Australia, Singapore and South Korea. 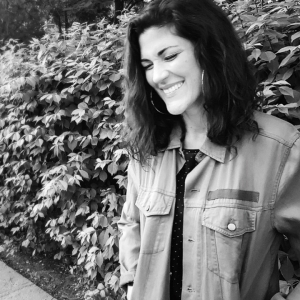 Cate Cadbury, BA 05: “Music is critical for our sanity, whether it’s background music while we’re working, karaoke to distract and entertain or a motivating fitness playlist.”

Choosing a university major that would facilitate the career she hoped for gave Cate Cadbury many sweat-drenched, sleepless nights — until she came upon the Department of Communication Studies at Concordia.

“Right away I knew it would be the perfect fit,” she says. “I look back at that hyper-caffeinated version of myself and remember being both impressed and intimidated by the sheer breadth of knowledge and talent that resided within those walls. It was as enriching as it was stimulating and it challenged me to think differently.

“The professors had a deep impact on me. In particular, department chair Rae Staseson was a mentor who pushed me to become a more critical thinker.”

Cadbury now heads up Creative Services at Stingray, overseeing a team charged with every aspect of content production. She credits her undergraduate experience with giving her the necessary tools to do the job, from reviewing creative assets and building business cases, to understanding consumer behaviour and studying competitors. Working with Concordia students and professors influenced the way she looked at art, media, people and the world, and nurtured her collaborative spirit, she adds.

The grad describes Stingray as a “complex beast” born of several mergers and acquisitions. “It’s dedicated to unleashing the power of music in all its forms and enabling consumers to effortlessly access music everywhere,” Cadbury says. “With over 200 music curators located all around the world, Stingray offers a human touch, while other music providers often over-rely on computer algorithms.”

In spite of the COVID-19 pandemic, Cadbury is confident in Stingray’s prospects for growth. “Music is critical for our sanity, whether it’s background music while we’re working, karaoke to distract and entertain or a motivating fitness playlist,” she says. “These are just a few of the ways that Stingray’s products have helped with well-being as we all struggle to establish a 'new normal.'" 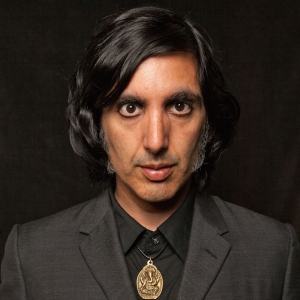 For seven years, Rishi Dhir’s journey straddled two worlds, alternating between his musical projects and touring, and pursuing his degree in electrical engineering and computer science at Concordia. His passion for music, coupled with his academic acumen, culminated in a new phase of his career nearly four years ago when he became Stingray’s first technical writer.

“Engineering, at least in my program, is less about what you learn and more about how you think,” says Dhir. “These skills can then be applied to any number of projects, as well as navigating life.”

Dhir’s job at Stingray requires him to write technical documentation, user manuals and technical grant applications for the company’s diverse divisions and platforms. Often juggling several projects at once, Dhir transforms complex technical concepts into publications that can be easily understood by the general public.

While rendering convoluted text into lay terms can be challenging, he credits his years at Concordia with helping him focus, multitask and organize projects systematically.

“Focusing on technical writing was the right choice for me,” Dhir says. “Every industry that uses computers needs technical writers to correct and document its processes and practices.”

Dhir cites Christopher Trueman, a professor in the Department of Electrical and Computer Engineering who teaches electromagnetics and supervised Dhir’s final project, as a big influence.

Following graduation, Dhir’s career path led him to Oracle, the global computing infrastructure and software company, where he worked as a technical writer for close to a decade. He says he welcomed the jump to Stingray in 2017 because he loved that it was an international company headquartered in Montreal and because it provided him with a music-based creative environment to work in. “It’s a perfect balance.” 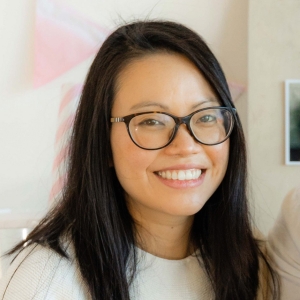 Stephanie Ng Thow Hing had no doubt she would follow up her BComm in Accountancy with a Chartered Accountancy (CA) diploma at Concordia. While her undergraduate degree “was not a breeze,” it prepared her to take on the challenge.

“Concordia definitely helped shape me and gave me the skill set I needed for the workforce,” Ng Thow Hing says.

While studying for her CA designation, Ng Thow Hing worked full-time at an accounting firm. Now a controller at Stingray for Europe, the Middle East, Africa and Asia, she has a broad mandate that includes financial work related to acquisitions.

Lessons from the John Molson School of Business now play an important role for Ng Thow Hing at Stingray, particularly the business cases that refined her ability to understand a problem and design a quick solution, in addition to the communication skills she developed through class projects.

“I learned a lot from observing some of my teachers at Concordia,” she says. “To this day, whenever I have to present an analysis to management, I always start with the end result and build from there.”

Ng Thow Hing is confident in Stingray’s future because of the company’s ability to innovate and stay in sync with consumer habits. “Stingray is quick to react and address any changes,” she says. “We’re also constantly providing new content and have been developing new tools. This is evident in our breakthrough B2C [business-to-consumer] products. Our revenues have increased exponentially in the last year because of them. I think this is where we’re headed.” 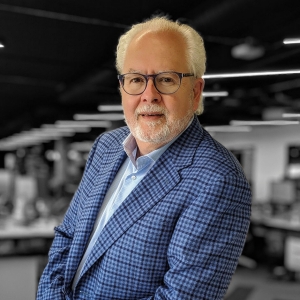 Luc Perreault, BA 82: “Great professors and small groups of students made the atmosphere vibrant at Concordia.”

When Luc Perreault enrolled in the Department of Communication Studies at Concordia in the late 1970s, most machines were run manually. Recognized as one of the best in Canada, the then small department taught him lifelong skills that he used to build a career.

The late film scholar Father Marc Gervais, BA 50, taught Perreault how to light a subject and how to frame and create a meaningful image with a manual 35mm camera. A visual had to “sing a song when you look at it.” Teaching ethics in media, the late Dennis Murphy, BA 67, showed Perreault how to debate an idea.

“These are teachings that stay with you for a long time,” Perreault says. “Great professors and small groups of students made the atmosphere vibrant at Concordia. We were all working together to gain the most knowledge from everybody involved.”

Perreault spent more than 30 years with the Weather Network/Méteo Média, shepherding it through a pivot to digital in 1996 and to mobile apps and more diversified content delivery with the introduction of smart devices.

Now Perreault shares his significant expertise with Stingray as an advisor. He prepares briefing notes on the state of the industry and the evolution of the regulatory environment, and develops strategies for government relations. Perreault’s current preoccupation is Bill C-10, which is seeking to make changes to Canada’s Broadcasting Act. He believes it could trigger unintended consequences for the industry and is working with others to present a united front to government representatives.

When it comes to strategic leadership, Perreault likes to paraphrase Wayne Gretzky. “Skate to where the puck is going to be, not to where it’s been,” he says.

“Stingray is doing this extremely well in expanding internationally and adapting its content to a variety of delivery platforms.” Perreault adds that throughout the pandemic, Stingray has filled a content void as people have been compelled to stay at home.

“The curtailment of theatrical events and new movie releases has benefited the SVOD ecosystem,” he says. “Access to entertainment is paramount to maintaining a good state of mind, and I’m proud of the company’s consistent efforts in this regard.”

In Good Company is a series on inspiring grads who work for corporations and non-profits that hire a large number of Concordia alumni. To be featured, please contact us at magazine@concordia.ca or @ConcordiaAlumni on social media.