More than 70 per cent of SBSA’s staff are alums — including its president
|
By Joseph Léger, BA 15
Source: Concordia University Magazine

In Good Company is a series on inspiring grads who work for corporations and non-profits that hire a large number of Concordia alumni. To be featured, please contact us at magazine@concordia.ca. 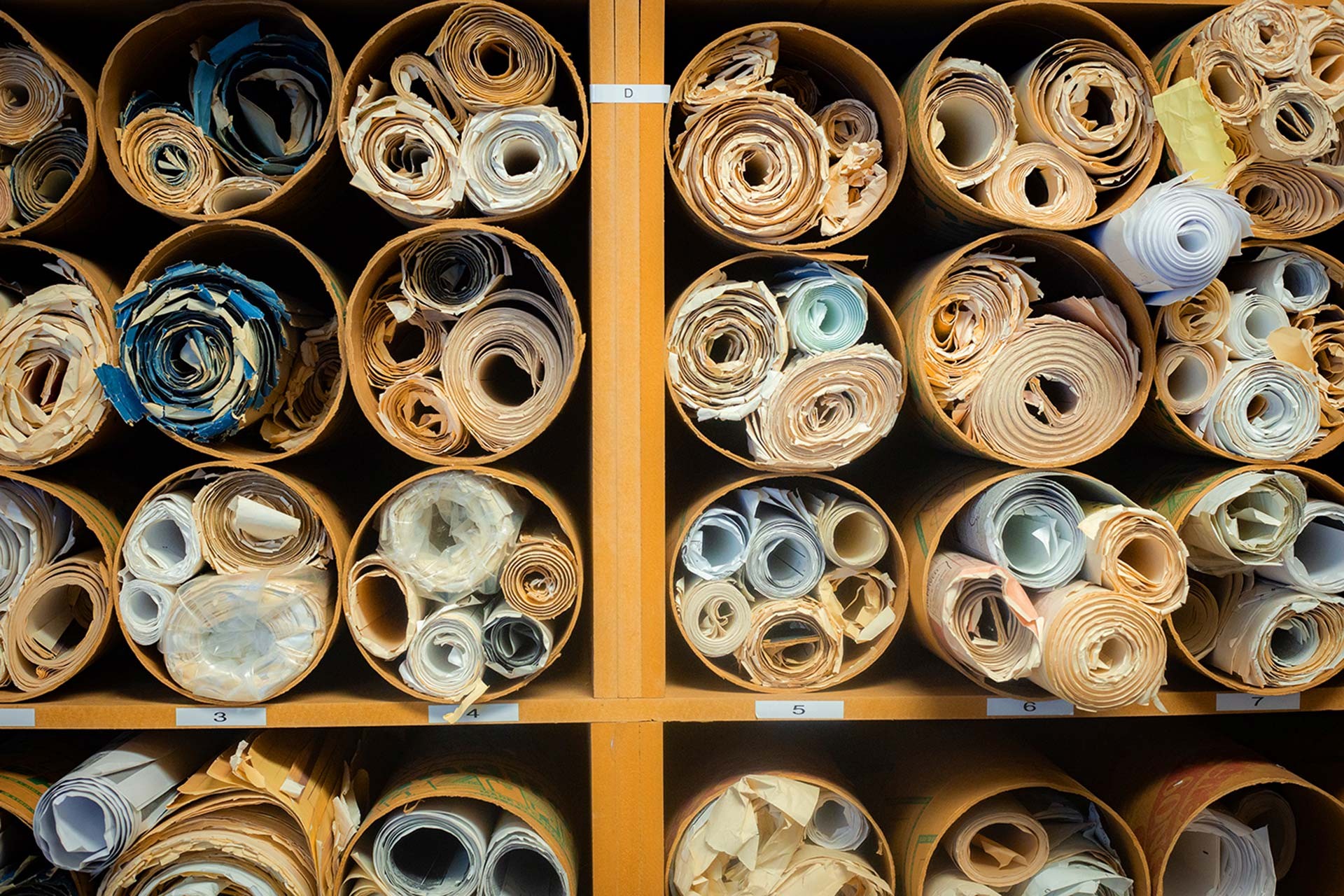 If you’ve visited the Montreal Forum since its turn-of-the-century transformation from illustrious sporting arena to entertainment complex, you may not have noticed the national historic site’s vertical trusses, steel beams or freestanding concrete foundation.

The work of SBSA, the Forum’s redesign is one of many significant projects the structural engineering firm has overseen in its nearly 60-year history.

SBSA stays ahead of the competition by investing in cutting-edge technology, such as 3D laser imaging and advanced design software, and by building a talented pool of enthusiastic and forward-thinking employees.

The company’s ability to adapt has never been more evident than during the COVID-19 crisis.

Thanks to its diverse expertise, broad client base from a variety of construction sectors and a rapid transition to remote work, SBSA has been able to continue its operations relatively unscathed.

The firm’s ties to Concordia run deep. SBSA, which shared a Prix d’excellence Cecobois in 2014 for a project at Groupe Dynamite’s head office, currently employs about 15 engineers and designers hailing from the Gina Cody School of Engineering and Computer Science.

Milo Shemie, MEng 72, was one of the company’s original engineers in the early 1960s and became a partner in 1980 — he remained active with the company until a few years ago.

Here are five other alumni making an impact with SBSA in the field of structural engineering. 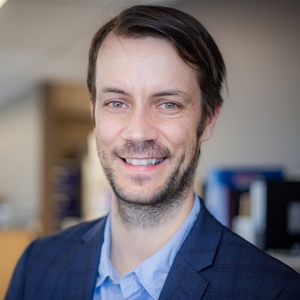 For Evan Irvine, the journey to SBSA started somewhat inauspiciously.

“I was really into mountain biking,” he says. “The summer of 2008 was my last before graduating and entering the real world. My plan was to travel around Canada and compete in a few races. Then I broke my collarbone.”

Instead of a cross-country bike trip, the injured Irvine landed an internship at SBSA. He was hired upon graduation and became a part-owner and partner in 2014.

Irvine attributes part of his success to having the right skills at the right time. “When I arrived at the company, the new 2005 building codes were being implemented,” says Irvine. “I already had a good knowledge of them thanks to Concordia. I also had more knowledge of the computer tools used for analysis and seismic design than most of the more experienced engineers.”

Irvine credits Lucia Tirca and Khaled Galal, both faculty members in the Department of Building, Civil and Environmental Engineering.

“They piqued my interest in structural design and prepared me very well for the field. The tasks I was doing when I started working at SBSA were very similar to what we were doing in class.”

Irvine’s responsibilities include project and staff management, business development and marketing, and contract administration. His arrival marked a major shift for the company, particularly with regard to its hiring practices.

“SBSA was focused on more senior engineers at the time,” says Irvine. “I think the management team was pleasantly surprised with my capabilities and those of the other young people we hired straight out of university and Concordia in particular.

“This led to us hiring and training junior engineers to become future project managers and partners. And it was all because of that lucky summer internship in my last year of school.” 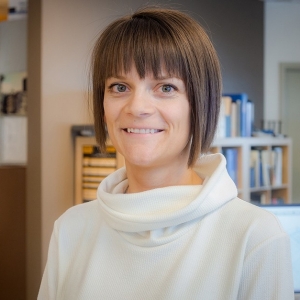 Oana Tamaian knew from a young age that she wanted to be involved in building structures, either as an engineer, an interior designer or an architect. Attuned to her interests, Tamaian’s father encouraged her to help out with his home-improvement projects.

Tamaian was sure she wanted to be an architect. When she wasn’t accepted into any programs, however, she enrolled in structural engineering at Concordia to raise her grades. Poised for another run at architecture school, she suddenly changed her mind.

“After my first year, I didn’t want to make the switch anymore,” Tamaian says. “I really liked the subject, I liked my professors and I liked the connections I had made. Now, knowing what architecture really is, I’m glad I went into structural engineering.”

Tamaian and her family emigrated from Romania to Alberta when she was 11. She fully expected to move back to Calgary after graduation but fell in love with Montreal.

“Unfortunately, my French wasn’t fluent, which made it more difficult to get a job, so I accepted work in Saskatchewan at first.”

After six months in Regina and then a year and a half in Ottawa, Tamaian landed at SBSA as a junior engineer.

“I knew I wanted to come back to Montreal, but I wanted to be picky about where I went,” she says. “What sets SBSA apart from other companies is the team. I was impressed by the size of the projects they were willing to take on and how they weren’t afraid of a challenge.” 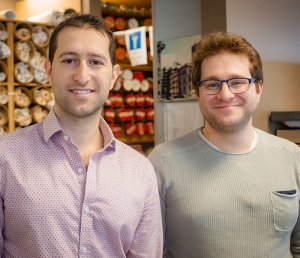 Like many children, brothers Alessio and Michael Bernardi spent hours playing with Legos. Unlike most children, however, the pastime developed into an enduring passion.

“We were both huge geeks for Legos,” recalls Alessio. “Looking back, that led us to where we are now at SBSA.”

Alessio is a partner with the company and both brothers serve as project managers. (Yet another partner and project manager, Jean-Sébastien Penney, BEng 14, MEng 16, is a double Concordia grad.)

Despite their mutual childhood interest, the Bernardis never expected to be working in the same field, much less for the same employer.

“There was no moment growing up where we thought, ‘I want to be an engineer,’” says Michael. “We were both good at math and sciences and our dad is a general contractor. I saw structural engineering as something that connected to what my family does and what I like.”

The brothers agree on how Concordia prepared them for success.

“Our education was a perfect balance of practical and theoretical,” says Alessio. “The methods Dr. Galal and Dr. Tirca taught us in class are exactly the ones we use in the field today. I still pull out Dr. Tirca’s notes once in a while.”

The fact that Michael went through the structural engineering program first was invaluable, says Alessio.

“There are so many disciplines to study, so having my brother go before me really put a spotlight on engineering. I was able to ask him questions because he had just done the same classes.”

The favour was repaid when Michael joined SBSA in 2015.

“I was really fortunate,” says Michael. “Having my brother here made my transition to SBSA so much easier. I got to know everyone so much quicker and it was easy to ask for help and receive guidance.”

Being unafraid to ask questions is precisely the advice the Bernardi brothers give now to students and junior engineers.

“No matter how ridiculous you think it might be, just ask,” says Michael. “We would rather get a ‘dumb’ question than have someone do the wrong thing.”

Jeff Leibgott, BEng 80: Ahead of the curve 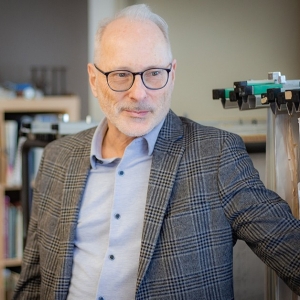 1980 was a big year for Jeff Leibgott, the president of SBSA.

“I graduated and then I took a good part of the year off to travel to Europe and Israel,” he says. “My wife and I got married while we were in school so the trip was like our honeymoon. It was also a chance to get our bearings.”

Back in Montreal, Leibgott set out to find a job. He interviewed with SBSA, but when he didn’t hear back, accepted a position with a steel manufacturer in Pembroke, Ontario.

“Luckily, SBSA called me back a few weeks later. I ended up in downtown Montreal, just around the corner from Concordia — I’ve been with the company ever since.”

Leibgott started his career at SBSA as a design engineer, became an associate in 1988 and has been at the helm of the company since 2010. He says SBSA has had to evolve since he was hired, particularly when it comes to technology.

“I remember the day we got our first IBM computer in the office. We unpacked it, put it on the table and stared at it, thinking, ‘Now what?’ We never could have imagined the day when we would be using laser scanners and 3D-modelling software.”

Throughout SBSA’s progression, the company has maintained a commitment to quality and client satisfaction. Leibgott says the best is yet to come. “We’ve gone through many phases, but the team we have now is the strongest we’ve ever had — and it’s mainly built around Concordia graduates.”