‘Concordia helped me sharply articulate who I am as an artist’ 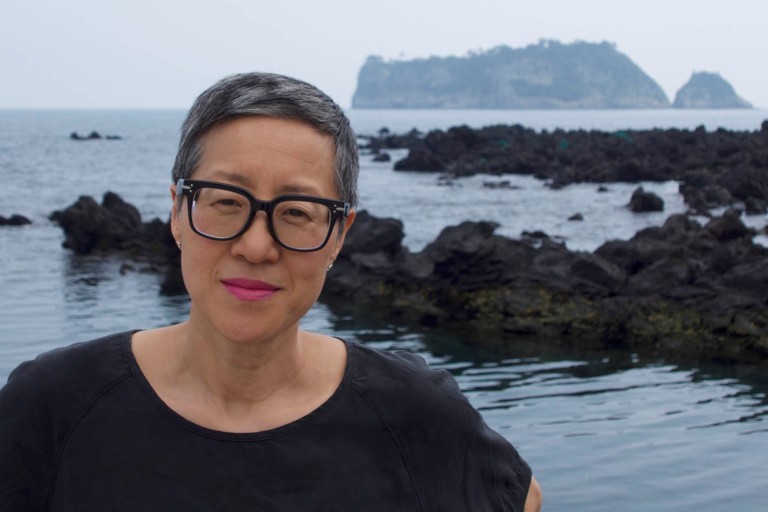 After 30 years, the discourse is finally catching up to the work of artist Jin-me Yoon, MFA 93.

Among other things, the award-winning photographer has engaged with the settler colonialism of her adopted home throughout her career; she moved to Canada from Korea when she was seven years old, in the wake of the Korean War.

“Often my work was understood as identity politics and put in a box,” says Yoon, who won the Scotiabank Photography Award in May. “But I wasn’t just talking about my identity, I was talking about a larger situation of nationalism and transnationalism.

“We are reckoning today with the things that weren’t reckoned with then, in relation to settler colonialism. [At the time], there was a whiteness that was taken for granted.” 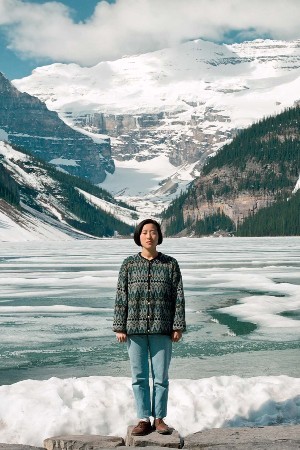 Jin-me Yoon made “Souvenirs of the Self” while she was a graduate student at Concordia. | Photo: Jin-me Yoon

Yoon points to her 1991 work, “Souvenirs of the Self,” which she completed as part of her Master of Fine Arts at Concordia University, specifically the picture of her posing in front of Lake Louise, Alta.

Published as a postcard, the photo was to be sold for cheap in tourist shops in the Alberta Rockies. Yet unlike the memorabilia that surrounded it, Yoon’s postcard carried a subversive message on the back:

Lake Louise - Feast your eyes on the picturesque beauty of this lake named to honour Princess Louise Caroline Alberta, daughter of Queen Victoria. She discovers the lake on a sunny day; before that, she did not exist.

The photo, and the message on the back, forces the reader to wonder who exactly did not exist. The lake? The person? And the inevitable conclusion is that the lake has always existed, and certainly had names before “Louise.”

“That’s an indication in 1991 of what I was talking about. That it was not like I came to an innocent country of white settlers,” says Yoon, who also serves as a professor of visual art at Simon Fraser University’s School for the Contemporary Arts in Burnaby, B.C.

“There was an active and willful denial of its colonial settling, of its displacement and dispossession of Indigenous people and its history of colonialism.”

Defining herself as an artist

In the early 1990s, after completing a BA in psychology at the University of British Columbia and then a BFA at what was then called the Emily Carr College of Art, Yoon was beginning to feel the need for change.

“I’m a firm believer that in order not to naturalize certain situations, you should put yourself in other conditions — cities for example,” says Yoon. “I think that’s imperative to grow as a scholar or artist.”

That conviction brought Yoon across the country to Montreal — and Concordia — in 1992. She maintains that changing places challenges a person’s beliefs and activates creative growth, helping students to develop as artists.

“[Concordia] had an incredible spirit of interdisciplinarity,” says Yoon. “I could see my own work in relation to other traditions of photography. I could see that I had a relationship to moving images and to cinema. Going to Concordia helped me sharply articulate who I am as an artist.”

In addition to the $50,000 Scotiabank Photography Award — Canada’s largest and most prestigious award in recognition of outstanding contributions to contemporary art and photography — Yoon was also awarded a solo exhibition in the 2023 Scotiabank CONTACT Photography Festival and received an art book deal with German publisher Steidl.

“I felt absolutely elated,” she said. “I’ve been working for 30-plus years, and this is my first significant art award.”

While she’s honoured to receive recognition from the art world, Yoon also hopes the win might inspire younger artists to experiment and find their voice.

“There are a lot of implicit biases in whose voices are relevant and whose voices count, and I think that’s the satisfaction that I feel,” she adds.

“I want to inspire others to take up space in the public realm and to be able to confidently speak the truth about their own experience.”