The Montreal Fringe Festival is in full swing. Concordia students, faculty and alumni usually have a strong presence in the festival and this year is no exeception.

The Fringe runs until June 18 so you have plenty of time to catch some great theatre.

Here are Fringe shows with a Concordia connection: 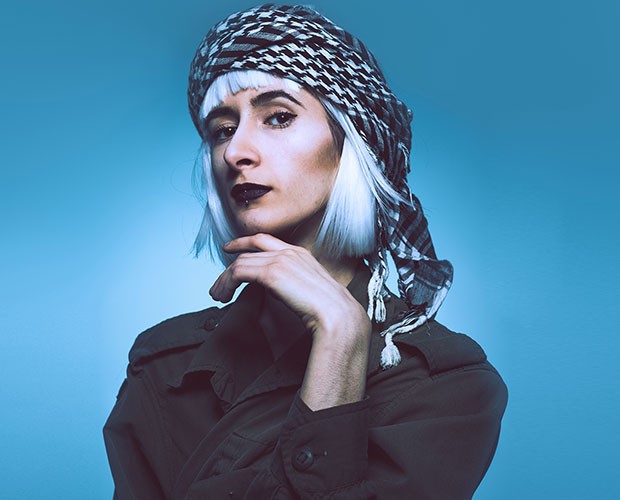 "In Invasive Species, we ride on board train 49 with Junior, a professional toad hunter and raging venom addict. In this sweaty, southern, bourbon soaked universe we are absorbed into his tormented fantasy and his vengeful obsession with the Cane Toad: The most invasive amphibian on planet earth."

"A devised adaptation of Foucault’s Discipline and Punish, the performance questions how power is internalized and perpetuated, specifically in relation to gender. Five female combatants remember, glorify and question the ways in which their minds and bodies have been chiselled by the military through movement, sound and narrative."

"Weaving in and out of memory and fantasy, time and place, we meet an Italian grandmother and some of her family through the eyes of her grandson: who is searching for some meaning in her life and death. Part verbatim interview, part poetry, part dream, part cultural tapestry."

6.  The Detective, the Dame, and the Devil

"A troubled detective, down to his last dime; a mysterious dame, cool as a cucumber; a maniacal husband, out for revenge. But who to believe in this crazy world of danger, intrigue, wordplay, and the odd anachronism? Welcome to Spadesy’s Private Investigation: no case too small, no laugh too cheap."

"LIMN is the outcome of an ongoing exploration into ritual and privacy. See what you see. Expectations will limit your experience. Feedback is encouraged."

"A mother sells food on the black market to feed her children. A man eats powdered milk to survive. A cop struggles with allegiances. A grandmother strengthens her grandkids with hope. A man sits in prison. She watches from afar. Six masked characters experience one beautiful country’s collapse into absurdity."

"One Too Many is a post-dramatic collective creation about alcohol, substance abuse and friendship. Join us on an adventure filled with indulgence, shenanigans and tomfoolery."

10.  The Monkey King Gets His Staff

"Sun WuKong, the Monkey King, is an amazing fighter! But unfortunately, he doesn’t have a weapon. This fun-filled/ comedic/ traditional/ colourful /rowdy adventure sees him visiting the palace of the great Dragon King of the Eastern Sea in order to borrow one!"

"After sharing many strange travels and experiences together, two characters surprisingly find themselves fleeing from a funeral and taking shelter in a church for completely separate reasons. What follows is an exploration of dreams, sounds, letting go of the past and realizing what now needs to be done."