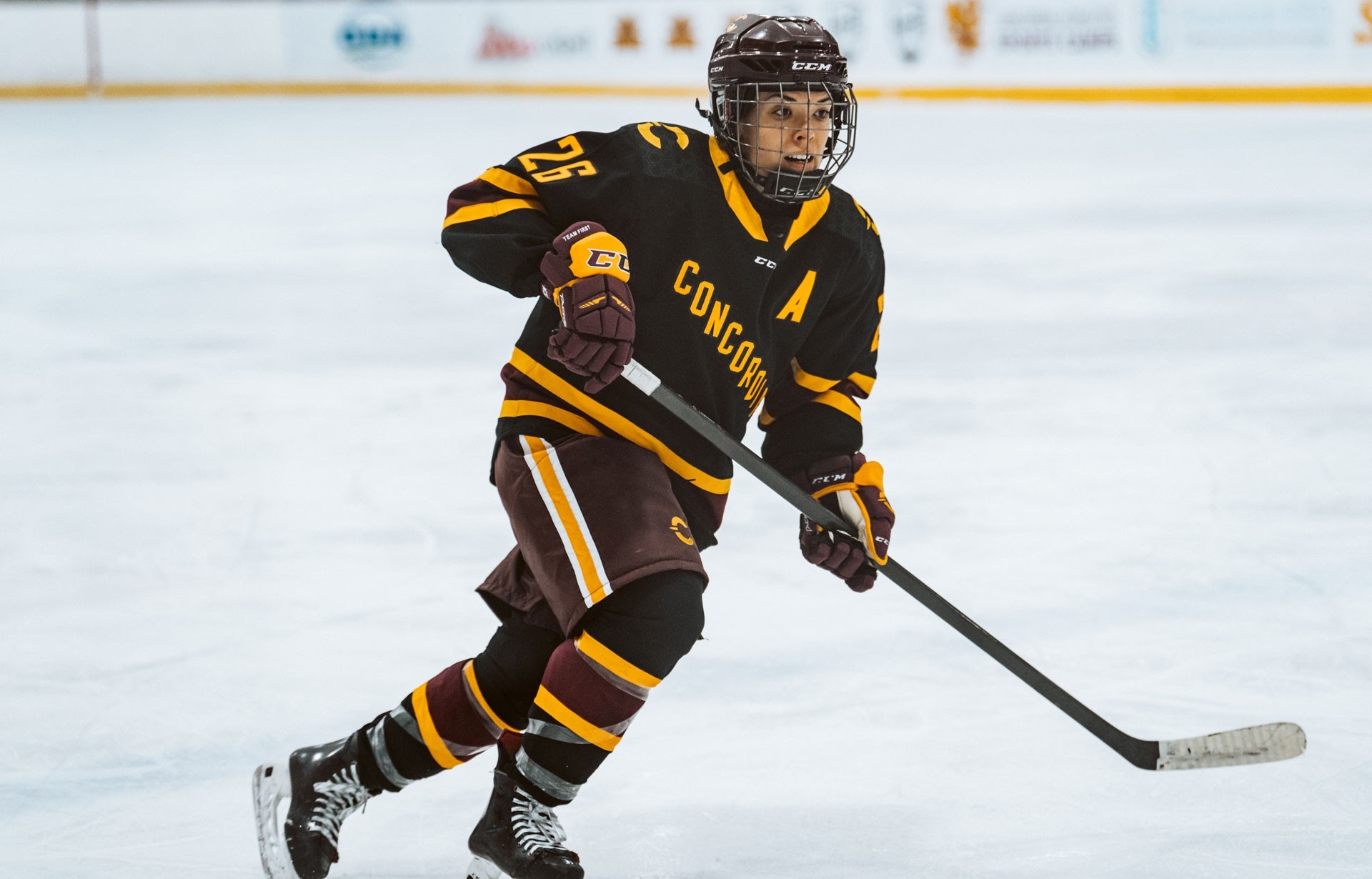 Professional women’s hockey makes its return to the city with a new team joining the Premier Hockey Federation (PHF) — and, among the first players named to the Montreal Force, is former Stingers defender Brigitte Laganière, BA 20, GrCert 22.

“I think I’m most looking forward to playing with some of the best players in the world,” says Laganière, who joins the Force for her rookie season in professional hockey. “It’s going to be exciting to be able to play a sport you love and actually have a salary that comes with it. It’s a dream come true.”

The Montreal Force — officially named in August — is the PHF’s seventh franchise. The team will make its debut in the 2022-23 season and will be based at Centre 21.02 in the Verdun borough. The city’s last professional women’s hockey team was the Montreal Canadiennes from 2007 to 2019. 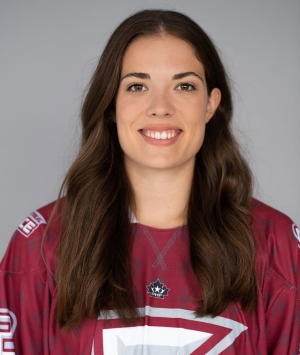 Heading in her first season, Laganière already has some clear objectives in mind.

“My personal goals are just to get to know new teammates and really bond with them and create new relationships.”

Laganière says she models her game on the ice after a few players, including former and current assistant coaches for the Stingers’ women’s hockey team, Lauriane Rougeau (2016-20) and Erin Ambrose (2018 – present), both former defenders who have competed for Canada’s national women’s team.

“My team goals are to just enjoy the moment and develop together,” she says. “We don’t have major expectations because we’re a brand-new team, but at the same time, we can achieve really good standards this year. Expect the unexpectable.”

While at Concordia, Laganière completed a BA in therapeutic recreation and a graduate certificate in business administration.

“The social aspect of [therapeutic recreation] — communicating with people and bringing people together — helped me with my leadership,” she says. “In hockey, you work with a team of 30-plus people and you have to get everyone on the same page.

“Hockey is a business itself and my background in business administration was also a big help.”

Laganière is also the co-founder of @WomensHockeyNation, an Instagram page dedicated to taking a stand for women’s hockey.

“It all started with my business administration certificate. I had a class on marketing, and we had to create a website and sell something,” she says.

“I was with my teammates at that time, and we decided to promote the idea of women's hockey, because we just thought that there wasn’t enough the representation, especially for the RSEQ [Réseau du sport étudiant du Québec] and for youth.”

On or off the ice, Laganière says her hope is to represent women’s hockey players across Canada and to be a role model for young hockey players.