On the battlefield with photojournalist and alum Roger LeMoyne

‘I look for this nexus where visual beauty connects with information’
|
By Richard Burnett, BA 88
Source: University Advancement 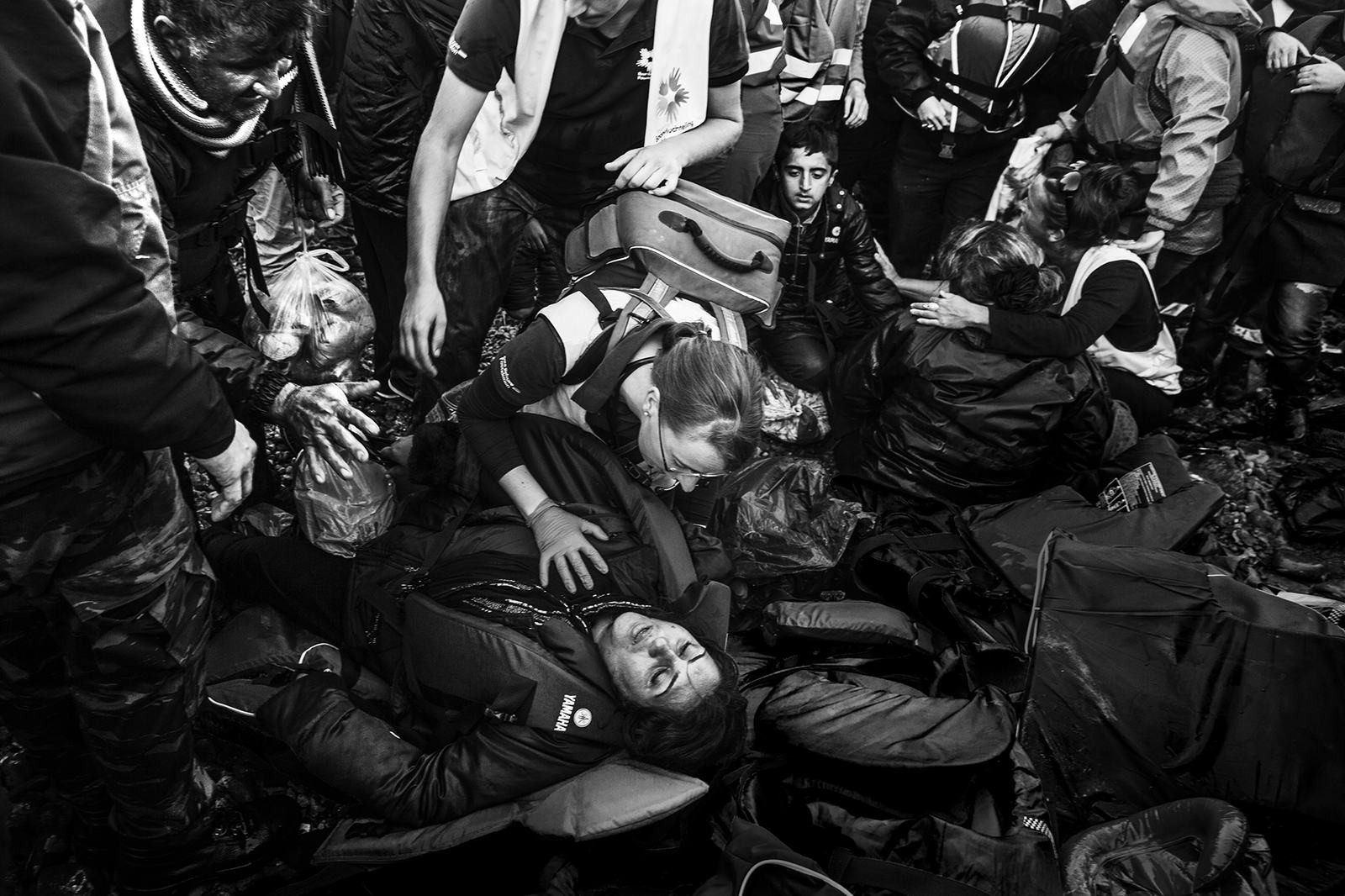 From Roger LeMoyne's, BFA 79, portfolio: Aid workers from the Dutch organization Stichting Bootvluchteling attended to Syrian refugees on November 18, 2015, moments after a rubber raft carrying 40 to 50 migrants reached the shore of Lesbos island near the town of Skala Sikamineas. The raft had set out from Turkey several hours earlier and reached the shore of Lesbos just before nightfall.

Montreal-based photographer Roger LeMoyne, BFA 79, has plenty of stories to tell from his more than 30 years behind the camera documenting disasters, war and civil strife across 60 countries.

Among his memories is the 1997 conflict in Zaire (now Democratic Republic of the Congo), when LeMoyne was shooting in a UNICEF shelter for unaccompanied children in a refugee camp. Many of them were sick and close to death, and the limited staff were overwhelmed. 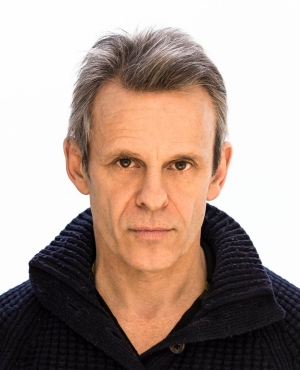 LeMoyne is a photographer with more than 30 years of experience documenting disasters, war and civil strife around the world.

“It was one of the few times I had to put down my cameras to help aid workers, hire locals and start digging latrines,” he recalls. “That same night, the refugee camp was attacked and the refugees dispersed into the forest.”

Then, when the United States invaded Iraq on March 20, 2003, LeMoyne was embedded with American soldiers riding in a tank-like armoured vehicle. In the dark of night, their group of five vehicles took a wrong turn before their ammunition truck fell over and spilled its explosives.

In the morning, LeMoyne remembers, “Iraqi villagers were curiously looking at us from down the road. Because of our huge pile of munitions, the soldiers were prepared to shoot the villagers if they came closer.

“You can’t do that!” LeMoyne told the soldiers. He then offered to frisk the villagers. “The soldiers agreed and, with guns trained on me, I did, so those villagers would not be killed. It was one of those moments you can’t quite believe is happening.”

LeMoyne’s work has won numerous awards, including the top photojournalism prize at the 2020 National Magazine Awards — Gold in Photojournalism and Photo Essay — for “Who Owns Colombia’s Gold?” published in The Walrus.

His work has appeared in Paris Match, Life, TIME, Maclean’s, The Globe and Mail, and National Geographic, among other publications. His photos can be found in Library and Archives Canada, the U.S. Library of Congress, the CIDA Photothèque and UNICEF photo library.

LeMoyne's award-winning 2005 photo collection "Détails obscurs" examines the effects of conflict on civilians. He is currently at work on his second book — about Haiti —  tentatively titled "La République de Port-au-Prince."

It started at Concordia 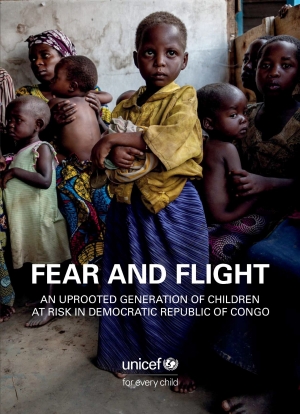 LeMoyne’s photo of five-year-old Sifa Havugimana was the cover of a February 2021 UNICEF report on the plight of civilians in the Democratic Republic of the Congo. Havugimana was waiting for her turn to be monitored for malnutrition.

LeMoyne’s journey began at the Mel Hoppenheim School of Cinema at Concordia.

“The Film Production program was a small, tightly-knit group of people,” he says. “Some of them have become lifelong friends that share both creative and personal connections.”

After graduating, LeMoyne toured Canada as part of a rock band, the Sainte-Agathe Flyers.

“I was in my mid-20s and having the time of my life! I did double-duty playing bass with the band at night and editing film by day,” he says. “I worked for small film companies around Montreal. At the same time, I felt the fit wasn’t quite right. When I switched to photography, things started happening for me, but I do believe my background in film helped shape my photography.”

While the business of freelance photojournalism has become tougher to navigate in recent years, LeMoyne’s keen eye, aptitude and recurring themes in his work have kept him in demand. Many of the stories he pitches are related to social justice and the wealth divide.

“I’ve been able to make a living doing what I really wanted to do — and there is still a living to be made in media, but today you need a wider skill set, a bigger tool kit,” he says. “At the very least, in addition to photography, you need to shoot video.”

A married father of two children, and more than three decades of experience, LeMoyne’s love of photography remains undiminished.

“I think great photographs reach you on a visceral level. Even the most visceral emotional writing still has to travel through more cortex than photography does,” LeMoyne says. “I guess that’s photography’s greatest strength. In my own work, I look for this nexus where visual beauty connects with information.”