“So many people have been touched by Bob and Alex’s generosity of spirit, their boundless capacity to care and their ability to follow through,” says a friend and colleague.

Planted in late October, the tribute trees were a gift from friends and colleagues who knew and worked with the two professors. The trees were thoughtfully selected in consultation with a landscape architect and the Department of Facilities Management. 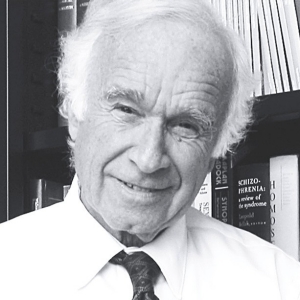 Outside the Psychology Building, visible from his former office in the Department of Psychology, is a newly planted American beech tree in honour of Alex E. Schwartzman.

In 1976, Schwartzman began his landmark longitudinal research project on the health and well-being of more than 4,000 families from inner-city neighbourhoods in Montreal.

He was instrumental in developing the department’s program in clinical psychology and was a founding member of Concordia’s Centre for Research in Human Development (CRDH).

“The tree is a lovely tribute to my father and we’re so very touched by this gesture of friendship and respect,” says his daughter Andrea Schwartzman, from her home in New York. “His time on the Loyola Campus was special to him and we know the idea of enhancing the green space on campus for students and colleagues would be meaningful to him.”

The plaque under Schwartzman’s tree includes the loving message “He was a scholar and a mensch.”

According to one of the donors, “Alex established trust with the families for the Longitudinal Research Project. That foundation of trust is why the project is still thriving today at the CRDH.” 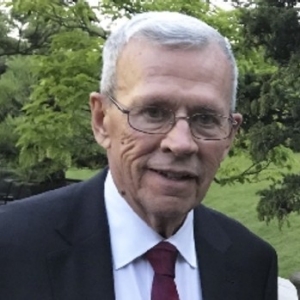 Bob Roy is remembered as an an "extremely effective ‘behind the scenes’ man".

Near the entrance to the Richard J. Renaud Science Complex, an American basswood tree now grows in honour of Bob Roy.

He was a key figure in the development of the new complex and was an admired Concordia biology professor and administrator.

He died in 2019 at the age of 77, the victim of a tragic accident in Japan. To eulogize him, the plaque’s message describes how he was known to others: “He gave more than he took.”

“Bob was an extremely effective ‘behind the scenes’ man who made sure things got done,” says a donor. “He also made sure he had all the facts before he made a decision or took action. He listened to everyone.”

Roy’s family — including his wife Marilyn, son Matthew and granddaughter Emilie — welcomes the addition of the American basswood on campus as a tribute to him.

“Trees of various types and in different contexts are woven into the fabric of Bob’s life,” says Marilyn Piccini Roy. “From the oak tree he planted that grew to dominate his parents’ modest home, to the Mediterranean pine that was the subject of his post-doctoral research in Rome, and the magnificent 500-year-old bonsai tree he posed beside in his last photo in Tokyo, Japan, an hour before he succumbed to a tragic accident.”

Further to the honour trees, memorial awards have been recently established by both Schwartzman and Roy families, friends and colleagues: the Alex E. Schwartzman Scholarship in Psychology Endowment and the Bob Roy Memorial Award.

“So many people have been touched by Bob and Alex’s generosity of spirit, their boundless capacity to care and their ability to follow through,” says a friend and colleague. “Concordia wouldn’t be what it is today without their legacies.”