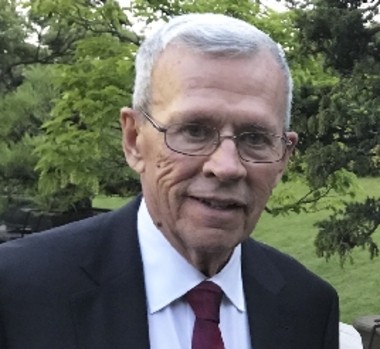 Roy, a biology professor and an admired Concordia faculty member and administrator, began his career at Sir George Williams University in 1970, prior to the school's merger with Loyola College, when it became Concordia. He went on to play many administrative roles in his 40-plus years at the university.

“He played a critical role in the development of the biology department and the Faculty of Arts and Science,” says Patrick Gulick, chair of the Department of Biology, who adds that Roy was a colleague and a friend.

“He served twice as chair, and guided the growth and advancement of the department. He was fair and calm in times of tumult, and a reliable and steady influence in times of change. He was a supporting influence for many of us in the department in the early years of our careers.”

Roy was also a key figure in the development of the Richard J. Renaud Science Complex on the Loyola Campus.

“In his administrative roles in the Faculty, Bob was instrumental in overseeing the construction of the Science Pavilion, an addition to the university that made a tremendous contribution to the modernization and facilitation of research and teaching facilities for five science departments,” says Gulick.

Roy is survived by many family members, including his wife of 52 years, Marilyn Piccini, his son, Matthew MacGregor Roy of Ottawa, Ontario, his daughter-in-law Caroline Marie Brisson, and his granddaughter Émilie Anne Roy, his sister-in-law Sharon Piccini Murphy (Paul predeceased), his niece Megan Murphy, both of Sudbury, Ontario, his nephew Michael Murphy (Dustine) and his great-nephews Lucas and Patrick Murphy.

“Bob was highly respected by all who knew him — students, friends and colleagues,” says John Capobianco, associate dean of Planning and Academic Facilities in the Faculty of Arts and Science, and a professor in the Department of Chemistry and Biochemistry.

His full obituary can be read here.

Online condolences may be made at www.kanefetterly.qc.ca.