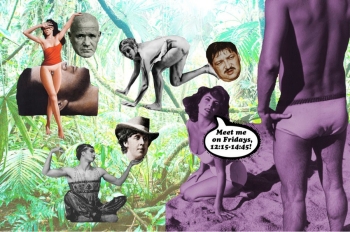 Are you a student from another Faculty who would like to expand your knowledge of the arts and other aspects of human culture? Enroll in one of the Faculty’s special topics courses primarily or exclusively for non-Fine Arts students (course names in the class schedule begin with FFAR).

Other courses in the following departments are also open to non-Fine Arts students: