From Concordia film production to KittenTV 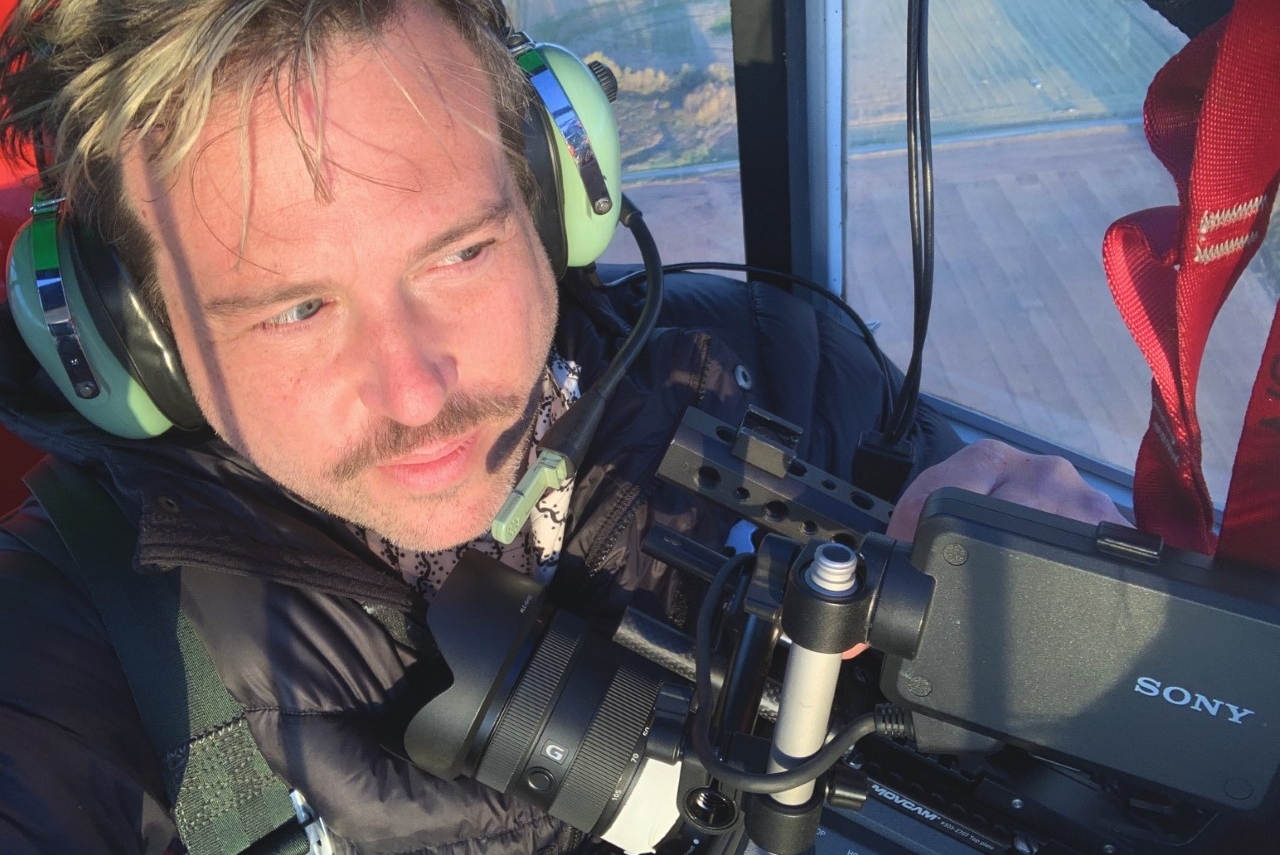 Frederick Kroetsch leans out of a small airplane while shooting a documentary about Canadian “ace” and bush pilot Wilfrid Mayfield.

Frederick Kroetsch, BFA 99, survived high school by shooting films with his friends using a camera his father gave him in grade six. By the time Kroetsch enrolled in film production at Concordia, he’d already shot hundreds of reels, but now recalls, “all were utter garbage.”

As co-founder of Edmonton-based Open Sky Pictures, Kroetsch has done it all — from reporter, camera operator and host to director and producer for the past 20 years. He has produced shows for CBC, Bravo, APTN, AMI-tv, TELUS and the National Film Board, and filmed in far-flung places including Kenya, Honduras and Peru.

His credits include scores of productions on subjects from cattle police to astronauts, reproduction technologies to treasure hunts, kids’ cartoons to LGBTQ+ themes. And he’s branching out into cheesy horror movies next.

Maybe he’s too unfocused, Kroetsch says. But the eclectic documentarist’s accolades include the Edmonton Top 40 Under 40 Award, plus several Alberta Media Production Industries Association Awards — one for best web series, fiction, for KittenTV.

“Fun aside, I’m proud of it,” Kroetsch says of seven seasons of rescue kittens, frolicking for adoption, on Telus TV, Roku TV in Asia, and two major airlines. “We also made a 360-degree KittenTV,” he adds. “It’s cuteness in all directions.”

'The story had to be told'

Kroetsch has directed a camera crew for History Channel's The Curse of Oak Island, and a new series, Dr. Savannah: Wild Rose Vet for APTN/Cottage Life, in which the emotional world of a prairie veterinary clinic has Dr. Savannah reconnecting with her Métis heritage. 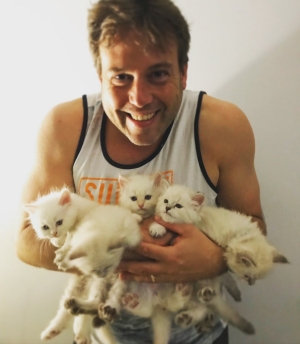 He is also executive producer and on-camera talent for a major U.S. television series, expected to air in December, which he cannot name.

“Sorry. They were very specific about a media blackout,” Kroetsch says, chatting from a gas station in Lacombe, Alta.

During the peak of COVID-19 restrictions, Kroetsch kept busy digitizing his prodigious high-school film output. Last year, however, saw a return to 14-hour schedules, hence interviews on the road.

Kroetsch’s projects are often sparked by personal interest. Blind Ambition: The Story of Wop May — a documentary honouring Wilfrid ‘Wop’ May, the Canadian WWI fighter pilot who survived a dogfight with the legendary Red Baron — was shot piecemeal and on a shoestring budget after Kroetsch fell in love with the story. He recalls hanging from a window of a piper-cub to shoot some scenes.

“This story simply had to be told,” he says. “We made it because it’s so important to us. It’s not about the money.”

Ditto for Secret Society, made with his wife, filmmaker Rebecca Campbell, after Campbell donated her eggs to a close friend. Screened recently at the Whistler Film Festival, the film explores infertility, egg donation and Canada’s assisted reproduction laws.

Coming from a sheltered life in Alberta, Kroetsch was transplanted to a fine-arts school in downtown Montreal. Concordia was the cultural centre of Canada when it came to film, he says: “It was wild and thrilling.”

His first-year teacher Daniel Cross, who was then making a film about homeless people, left a lasting impression: “There was some magic going on in that class. Watching Cross work was a revelation. It wasn’t a glamorous, idealized thing but a way of life. He taught me to respect it.”

Kroetsch’s advice to aspiring filmmakers? Don’t wait for the development money. “Start doing it yesterday,” he says. “And obviously, don’t give up.”