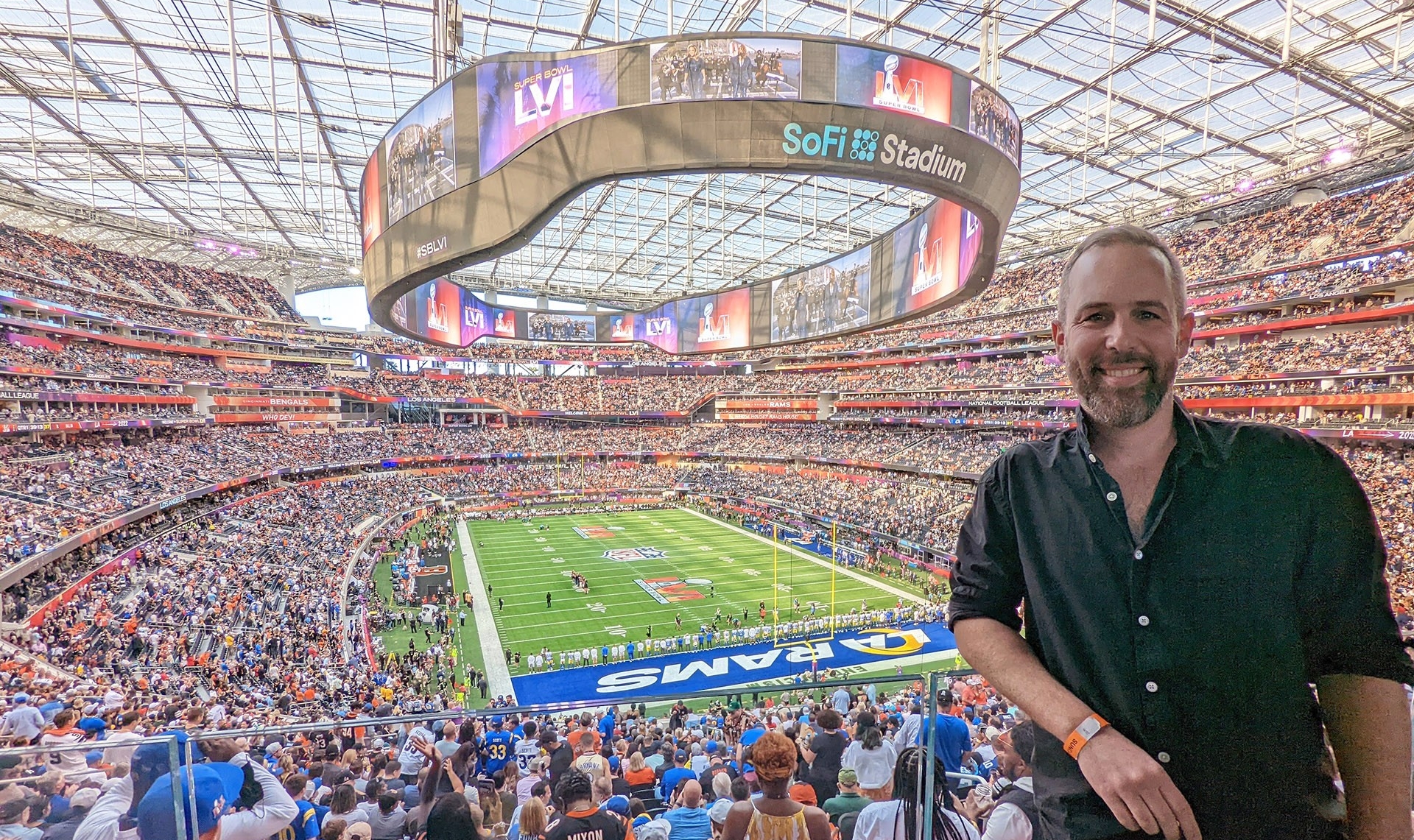 “We have a long-lasting relationship with the Super Bowl and we’re happy to feel the energy of a live crowd again,” says Vincent Leclerc, BCompSc 03, PixMob’s founding partner and chief executive officer.

When Leclerc and his team first saw the clear roof over SoFi Stadium in California, they knew they had their work cut out for them. “We were quite worried about what it would look like on TV, which is the whole purpose of what we’re doing,” says Leclerc. “We pitched a version of our NOVA LED technology that we use in arenas for extremely bright light shows, and about 24 hours later we had the working prototype for them.”

The laminates — designed in Montreal — were brighter than any device the company had previously made. Each had 10 times the brightness of the popular LED event wristbands PixMob is renowned for. 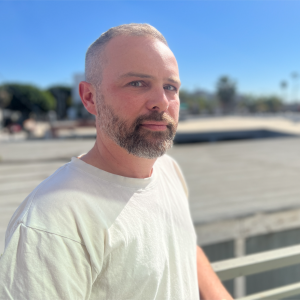 Vincent Leclerc is the founding partner and CEO of the Montreal-based wireless lighting company PixMob.

The result wowed the live audience and millions of television viewers, just eight months after PixMob was hired by the Montreal Canadiens to illuminate their hometown Bell Centre for yet another unique immersive experience during the 2021 Stanley Cup semi-finals and finals.

“I was happy to see to see our product in Montreal,” Leclerc says. “We built PixMob as an international company from the beginning knowing that we had to be successful abroad to survive. Being called back home after our work with the 2021 Super Bowl and artists like Taylor Swift — that felt good.”

Leclerc credits his alma mater for helping shape his career: “Attending Concordia was a pivotal moment in my life. I was part of this new program called Computation Arts that was a nice mix of technology and creativity, and it offered a joint major in Computation Arts and Computer Science.

“Merging the two at Concordia with a super smart group of people and amazing professors there was inspiring. That led me to work with Joanna Berzowska [BFA 95, associate professor and former chair of the Department of Design and Computation Arts], who was a huge influence on me.”

Adds Leclerc, who returned to Concordia to teach from 2006 to 2011, “I also really love the mix of cultures at Concordia, something that you don’t see in all universities. Those were good times.”

Today PixMob creates immersive experiences using PixMob technology and involving audiences at all kinds of live events around the world — more than 2,000 different events at last count, from the Sochi Olympics to tours by musical artists like Shawn Mendes and Ariana Grande.

“I’ve always loved working with lights and I’ve always loved seeing people’s reactions in crowds,” Leclerc says. “So it was kind of a no-brainer for me to find ways to invent technologies that would bring people together.”