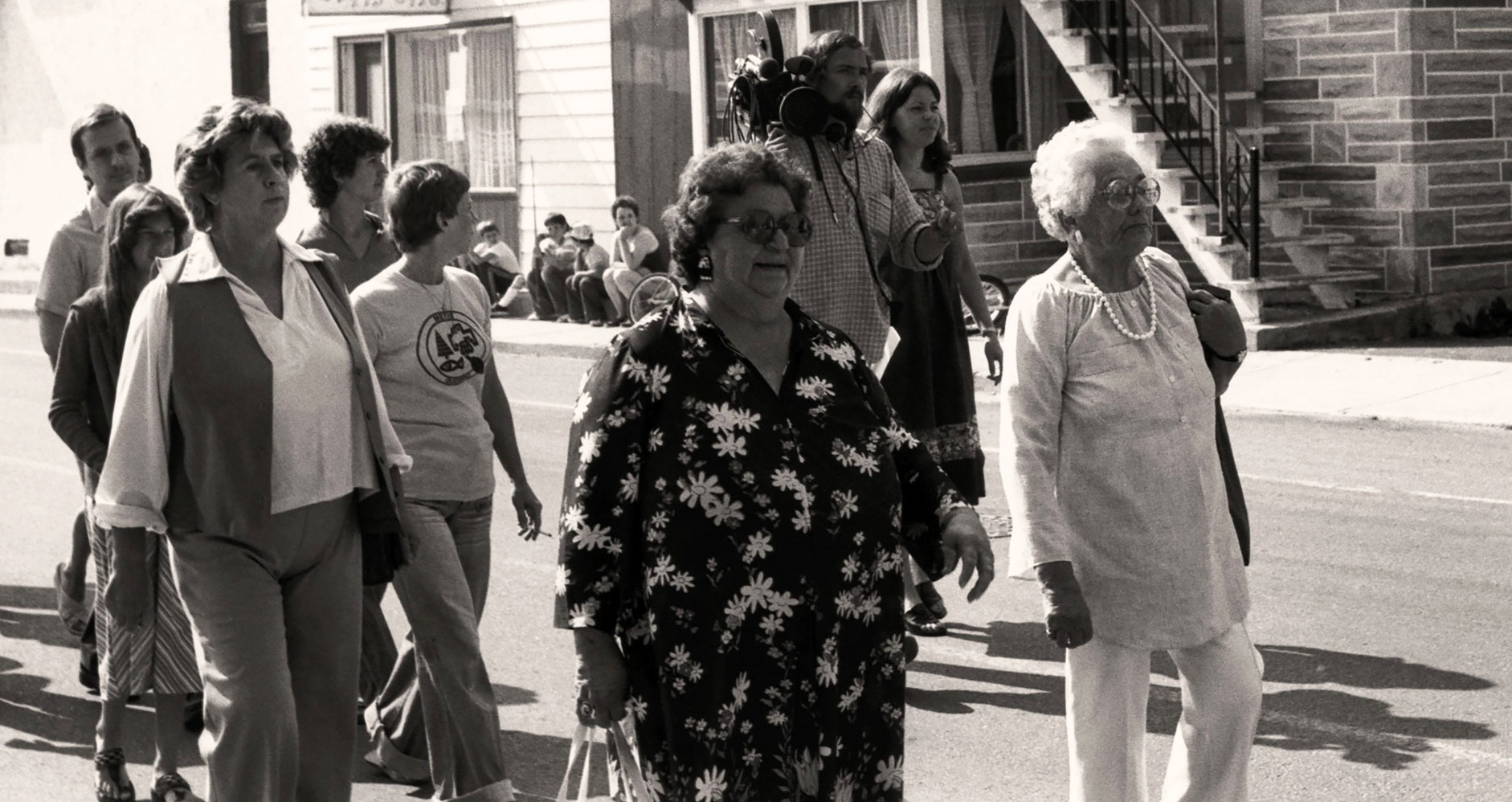 In 1979, Mary Two-Axe Earley (pictured centre) and other women embarked on a four-day walk from Kahnawà:ke to Ottawa to protest sex discrimination in the Indian Act against First Nations women. | Photo: Odette DesOrmeaux, courtesy of the National Film Board of Canada

When it came into force in 1876, Canada’s Indian Act defined who was considered “Indian” and, therefore, who could belong to an “Indian band” (now referred to as First Nations).

As part of the original legislation, Indian women and their children were specifically targeted, as their Indian status was revoked if they married a non-Indian man.

It wasn’t until 1985 that this issue was addressed through Bill C-31. It was the first of many legislative efforts to rescind the sex-based discrimination in the act.

“There are actually still thousands of Indigenous women who are in the court systems fighting Canada to be recognized,” explains Concordia alumna Courtney Montour, BA 07, who recently completed her third documentary film, Mary Two-Axe Earley: I Am Indian Again.

Montour’s film is an homage to Mary Two-Axe Earley, the Kanien’kehá:ka (Mohawk) advocate who fought for more than two decades to challenge sex discrimination against First Nations women in the Indian Act, and became a key figure in Canada’s women’s rights movement. Despite policies designed to oppress, Two-Axe Earley helped lead women across Canada in a movement to demand sex equality for First Nations women and their children that continues today.

“The government has said they have now removed all of the sex discrimination from the Indian Act, but just because something's taken out of a law doesn't mean that the impact isn’t felt on people's livelihoods, especially when people still need to apply, and it take years to be recognized by the federal government,” says the Kanien’kehá:ka filmmaker. 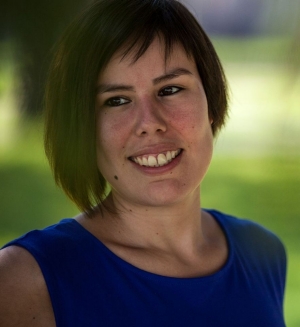 Courtney Montour is a documentary filmmaker, exploring issues of Indigenous identity. | Photo: Liam Maloney, courtesy of the National Film Board of Canada

Using never-before-seen archival footage and audio recordings, Montour created a moving and deeply personal conversation with Two-Axe Earley — who died in 1996 at the age of 84 — about her experience in fighting for change.

“I think it's so special that the film allows Mary to tell her own story, in her own words,” says Montour, who like Two-Axe Earley, is from Kahnawà:ke, south of Montreal.

“It's so personal and intimate. It is also fitting as an honour to her since this is the first film that was ever made on Mary.”

Produced by the National Film Board of Canada (NFB), the documentary won best documentary short at both imagineNATIVE Film + Media Arts Festival and the American Indian Film Festival.

“The film is first and foremost for Indigenous and First Nations peoples to reflect on this history that is still impacting them today,” explains Montour.

“They might not know the origin of the story or Mary's name. Because this history is not that accessible, it's also a step towards learning about where you're from, and who you are,” she adds. “It’s learning about all of the women who have worked tirelessly throughout their lives to support you as an Indigenous person — it’s because of them that you are part of your community.”

‘A chance to connect and learn’

Since graduating from Concordia’s Department of Journalism, Montour has worked in the documentary film and digital media fields, exploring issues of Indigenous identity. In addition to her most recent film, Montour directed, wrote and co-produced Flat Rocks (2017), and directed Sex Spirit Strength (2015), which won Best of Festival and the Emerging Filmmaker awards at the 2016 Yorkton Film Festival. She has directed episodes for several documentary series including Mohawk Ironworkers (2016) and Skindigenous (2021).

“Being at Concordia was a chance for me to connect and learn from a diverse Indigenous population,” reflects Montour. “I also worked at the Otsenhákta Student Centre, which really instilled the passion I have for educating.”

To set up community screenings, contact Donna Cowan at the NFB.