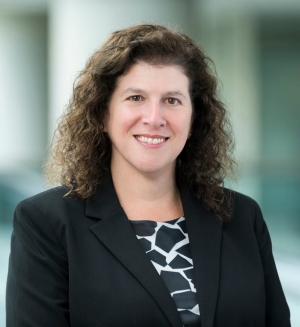 “Canadians deserve to know how their money is spent and whether it’s being spent wisely,” says Karen Hogan, who serves as Canada’s auditor general.

As the Auditor General of Canada, Hogan — along with members of her office — provides independent oversight over major federal government programs, providing fact-based, expert advice to parliamentarians.

“We encourage transparency and accountability,” she says, speaking broadly about the role of her office. “Those are cornerstones to our democracy.”

The John Molson School of Business graduate says she didn’t know what course her career would take when she began working in the private sector in 1994. Prior to joining the public sector, Hogan worked as an auditor at the Montreal-based accounting firm Schlesinger Newman Goldman and then as a manager at Ernst & Young LLP offices in Thunder Bay and Ottawa. She joined the office of the auditor general in 2006.

Her varied experience allowed her to discover that the auditing field best aligned with her values and interests.

“The reason I came back to auditing was because of the variety of work that I would get. Every day can bring something new,” she explains. “It was different when I was a controller in a corporation, where you kind of do the same thing day after day, quarter to quarter, month to month.”

Now working as a key public servant, Hogan views the auditing process as a vital part of a functioning democracy. She will serve as the auditor general for a 10-year, non-renewable appointment.

A long road ahead

Though she only stepped into the role this past June, Hogan now finds herself taking over during an unprecedented period.

In a bid to help out-of-work Canadians and businesses cope with the outfall of COVID-19, the federal government has spent billions since March. The House of Commons has since requested Hogan’s office to audit the government’s response to the crisis.

She and her colleagues will therefore take a look at a wide range of programs, from the Canada Emergency Response Benefit (CERB) to overall pandemic preparedness from a government standpoint.

“As you can imagine, there are so many programs that have been put into place in order to ensure health and safety and to support the economy,” says Hogan. 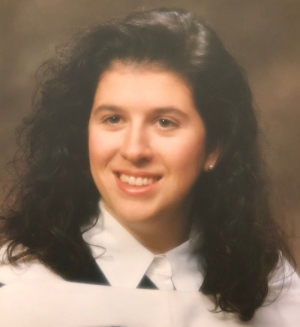 Karen Hogan, pictured during her graduation year from the John Molson School Business in 1993.

A proud Montrealer who grew up in the Saint-Laurent borough, Hogan maintains that her time at Concordia provided her with the foundation she needed to succeed in her new role.

Concordia, she recalls, was a place where she forged lasting friendships and that laid the groundwork for her successful career.

Having completed her undergraduate degree in accountancy, followed by a graduate diploma in Chartered Professional Accountancy at the university, Hogan credits her professors with showing her the fundamentals of auditing and accounting.

“Sometimes people go to university in a certain field and then end up in a career that has nothing to do with what they studied, she says. “But in my case, I go back to some of the basics of what I learned every day.”

Moving forward, Hogan faces a monumental task — one with results that will benefit Canadians seeking transparency.

“It’s my job to be honest and call things the way I see it,” she says. “Canadians deserve to know how their money is spent and whether it’s being spent wisely.”