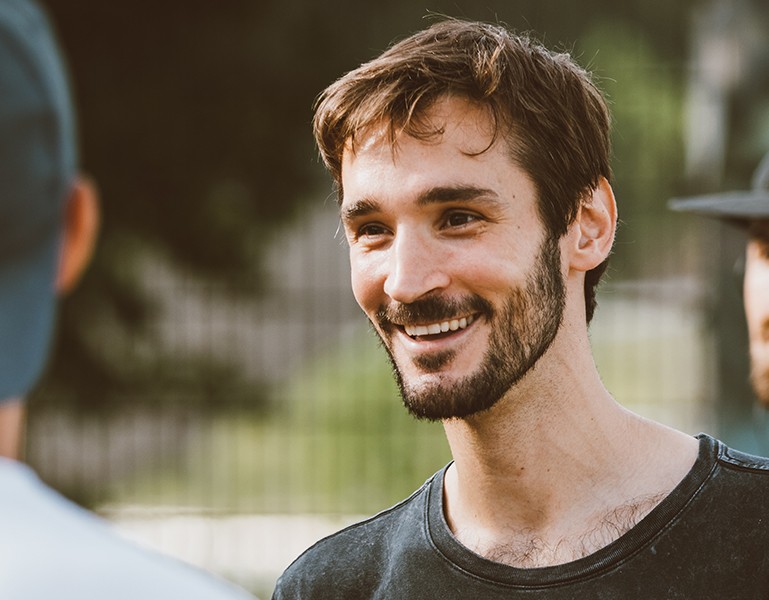 Quebec filmmaker Pascal Plante, BFA (film prod.) 11, became the toast of the Canadian film industry when his critically-acclaimed feature film Nadia, Butterfly was named one of the 56 films in the 2020 Official Selection of the Cannes Film Festival.

A former competitive swimmer, Plante wrote and directed the film about the final race of fictional Canadian swimmer Nadia Beaudry — portrayed by real-life Olympic swimmer Katerine Savard — at the 2020 Tokyo Olympics. The film was shot in 2019 in Montreal and Tokyo, and offers an insider’s view of the end of an Olympic career and the search for identity beyond the pool.

Plante sat down for a candid Q&A about Nadia, Butterfly, currently showing in select cities and set for theatrical release across Canada in mid-October.

What was it like to learn that Nadia, Butterfly was a Cannes official selection?

They actually told us less than 24 hours before their press conference on June 3. It was a big surprise, of course. It was also weird because the film was completed in February, so I was already working on the script for a new film. When we got the news, it brought us right back to Nadia, Butterfly. It was pretty intense and gave us strong exposure — everyone was talking about the film. That’s why we also released the film earlier, instead of waiting until 2021.

With roughly 60 per cent of the dialogue in French and 40 per cent in English, did you set out to make a bilingual film?

I am francophone, though I studied [in English] at Concordia. When I was swimming at the national level, there were many anglophone athletes from across Canada in my entourage. It just made sense for the film to be bilingual because of Canada's unique DNA.

You were a competitive swimmer. Is this a story you were compelled to tell? 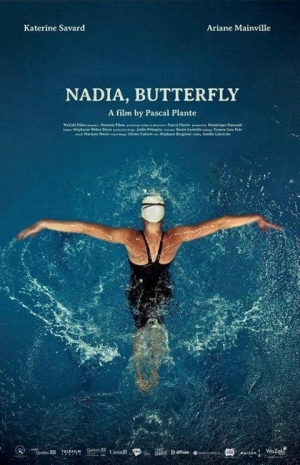 The idea for this film — about the psychology of an elite athlete at that level — had been in my head for a long time, dating back to 2013 or 2014. I wanted to do it right and complete the film before the 2020 Olympics. This is a fictional film, but I wanted to portray the people that I love and grew up with.

The film explores the grieving process of retirement. What was that like for you?

I was fortunate because when I stopped swimming competitively, I moved on to another passion, which is filmmaking.

I also moved from Quebec City to Montreal where I studied at Concordia. It really felt like a clean slate, a new chapter in my life. Montreal became synonymous with my life as an artist rather than my life as an ex-athlete, so the transition was easy for me.

Were you always passionate about film?

I got the itch for filmmaking when I was 13 or 14 years old, when my conception of what cinema could be was challenged. I used to work in a video store and went down that rabbit hole, discovering all the classic films from the canon all by myself.

You won the Mel Hoppenheim Award for Outstanding Overall Achievement in Film Production at Concordia for your film La fleur de l’âge. How did your time at the university help shape you and your career?

There’s a big difference between watching and enjoying films, and making them. I wasn’t the kind of student who was really knowledgeable about film sets, so I learned a lot. It was a safe space. I learned the basics, made friends and became close to other writers. I still work with people I met at Concordia and am still close friends with the people who gave me a sense of community from the get-go.

What is your next project?

I am writing a period film that takes place in the 17th century. Researching this film with my co-writer has been an escape from the COVID-19 pandemic. It’s a story that we will have a hard time filming given the current measures, yet I am hopeful that things will improve.