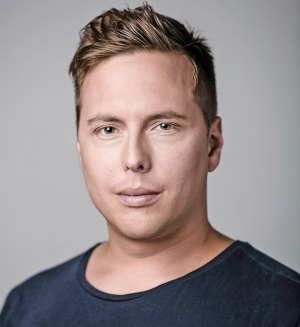 “We invent stories, technology, we contributed to the invention of an industry, we are constantly in innovation mode.”

The co-founder of the multi Emmy- Award-winning Felix & Paul Studios is revolutionizing media from Montreal to Los Angeles. The production company is leading the way in storytelling and virtual reality.

Having worked on projects with the likes of Eminem, LeBron James and, currently, the International Space Station, there’s no doubt about the company’s success, but that wasn’t always the case.

“When we started, it was difficult to convince people that what we were doing was worth believing in because there wasn’t even an industry yet,” says Félix Lajeunesse.

On the importance of the student community

“Through working on each other’s movies and films, you really start to learn the fundamentals of what it is to actually make a proper production, including the human dynamic. It’s kind of like a microcosm of the film industry.”

Teachers who inspired him

“Jean-Claude Bustros, who taught film production, and Micheline Lanctôt, who taught the class ‘Directing Actors.’ Bustros’s background was in experimental film, so he had a wide perspective on what film could be. Knowing a teacher who didn’t have a rigid view of the medium was eye-opening for me. As for Lanctôt, to this day, I remember pretty much everything she said. She had unique experiences in directing, producing and acting. I learned a lot from her.”

On working with the Obamas

“We did two projects in virtual reality with President Obama and Michelle Obama in the last year of his term. We started filming the second one the day after the 2016 election, which was interesting. To be there witnessing this time and to be creating work with them was an incredible privilege.”

On his favourite part of the job

“I love that we keep inventing stuff. We invent stories, technology, we contributed to the invention of an industry, we are constantly in innovation mode.”