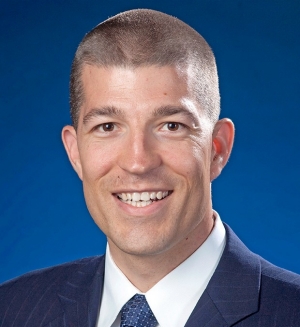 “Focus on doing quality work. Opportunities and compensation will take care of themselves.”

After almost a decade with the Montreal Canadiens hockey club, Julien BriseBois joined the Tampa Bay Lightning, where he is now general manager. Not only does he lead the NHL team, but he’s also in charge of its American Hockey League (AHL) affiliate, the Syracuse Crunch.

Before being promoted to GM, BriseBois was the organization’s assistant general manager. Under his leadership, he helped transform the team into a perennial Stanley Cup contender. BriseBois holds a law degree, is a member of the American Bar Association, the Quebec Bar and the Sports Lawyers Association.

In 2013, he won the John Molson School of Business “MBA Alumnus of the Year” award. The Hockey News magazine ranked him No. 1 in its annual Top 40 Under 40 people of power and influence in 2010.

What he learned at Concordia

“When facing a difficult management decision, someone has probably already researched the question and determined the best course of action. My degree taught me to look for these answers and where to find them.”

Finding inspiration in the classroom

“During my MBA, I often found myself sitting next to André Couillard, who became a great friend and advisor. I’ve consulted him many times over the years when I’ve been faced with human-resources situations.”

“Hiring Guy Boucher, Jon Cooper and Benoit Groulx as head coaches of the American Hockey League’s Hamilton Bulldogs, Norfolk Admirals and Syracuse Crunch when I was general manager of those teams. All three are exceptional leaders who contributed significantly to their teams’ success.”

“Focus on doing quality work. Opportunities and compensation will take care of themselves.”

“That I am optimistic and goal-focused.”