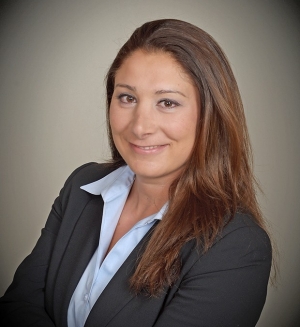 “A mentor once told me that you have to toot your own horn. You can’t expect anyone else to promote your accomplishments with executive management.”

A fascination with finance and a determination to always keep growing in her profession, led Batshon to some of the biggest names in the banking world, including Wells Fargo, Bank of America and most recently, the Bank of New York Mellon (BNM).

Today, the Montreal native is based in San Francisco, where she’s BNM’s U.S. Western region vice-president.

“I try to grow our presence on the west coast. It’s very challenging, but if I can significantly impact revenue for the organization, it puts me in a good position to grow career-wise.”

How Concordia set her up for success

“I was debating whether I should pursue a CFA or MBA. The MBA in investment management allowed me to do both. Had I not done this, I wouldn’t have got my first job, which led to my second, and so on.”

“During my undergrad, I had intended to major in international business. Then I took a finance class and found myself intrigued by stock market news and dot-coms going public. I’d think to myself: what does that mean?”

“One of my first deals was working with a client on a large investment portfolio. It was complex, and it took many weeks. When it was finalized, not only was the client happy, but I made a friend in the process.”

“One of my former bosses used to consistently take credit for my work. It’s hard to know what to do in that situation. I allowed it to happen for a long time, but I learned that you need to speak up early and stand up for yourself at all costs.”

“A mentor once told me that you have to toot your own horn. You can’t expect anyone else to promote your accomplishments with executive management.”

“I work hard but have a low tolerance for slacking and laziness. I like to be efficient and get things done.”