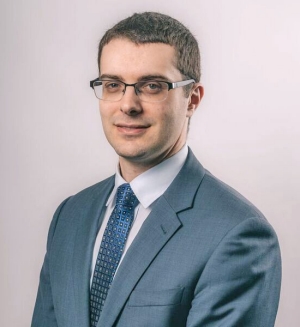 “I’m always looking to pass on the knowledge I’ve gained, even if it takes me two hours to show someone something I can do in a few minutes.”

The John Molson School of Business grad had his sights set on Bay Street from the minute he set foot in Concordia. A decade out, that’s exactly where you’ll find him.

As vice-president, investment banking, at Canaccord Genuity, he helps public companies raise capital for growth initiatives and advises them on mergers and acquisitions. He’s also an advisor to private companies looking to go public.

Investment banking is a high-pressure, high-stakes environment. “You start at the bottom and are quickly thrown into the fire. In the first couple of years, you’re going into big client meetings. You don’t get that kind of experience anywhere else,” Sargent says.

How Concordia contributed to his success

“I found the career centre really helpful. They gave me the tools I needed to land a job — everything from interview prep to business etiquette tips and networking opportunities.”

Biggest challenge on the path to his degree

“To get a foothold in investment banking, you need good grades. My social life took a back seat. I had to sacrifice date nights with my girlfriend, and I lost touch with friends who opted out of university.”

“I’m always looking to pass on the knowledge I’ve gained, even if it takes me two hours to show someone something I can do in a few minutes.”

“Mergers and acquisitions are fragile transactions. I had been working on a deal between two companies for six months. It was nearing its end, and I had shifted my focus elsewhere when I received a call that the transaction had hit a wall over an issue that had come up. None of the parties involved could figure out what to do. I buckled down, dedicated the rest of my night to the deal and came up with novel solutions no one else had thought of. It took three hours and 20 people on a conference call, but we saved it.”