The agent of transformation 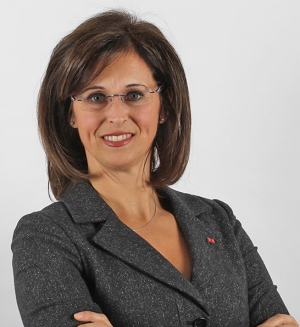 “I am driven to succeed, but not at all costs. I tend to err on the side of equity and empathy.”

The vice-president of national sales at National Bank Investments, which manages $52 billion in assets, has worked hard to get there.

As a first-generation Canadian, Testani had no benchmark for what an average amount of work is when she embarked on her career. While completing her bachelor’s degree, Testani worked one or two part-time jobs and started her Chartered Financial Analyst (CFA) certification.

Though it may have been a hectic few years, the experience was invaluable to Testani’s career. “Luckily for me, I did work and go to school at the same time, so unlike most graduates who were going for their first jobs, I already had a bit of experience under my belt,” says Testani.

“Coming to terms with the fact that there is an unconscious bias against women executives in a heavily male environment. I’ve met a lot of great leaders, but sometimes they were unaware of their prejudice against people who weren’t what they were used to seeing.”

On the limitations of success

“I am driven to succeed, but not at all costs. I tend to err on the side of equity and empathy. I play to win, but I don’t play regardless of the possible ramifications. There are some games I may want to lose, if they aren’t worth the effort.”

“The most important part is being able to balance yourself; everything else will come. You don’t sacrifice your life for your career, I don’t believe in that, but you must try to balance. You can be both at once. For instance, I am a very motherly person, but I’m still willing to fight for a raise. One doesn’t deny the other.”

“‘Your career journey is not linear.’ You will not be president in two years. You may do a lateral move, a downward shift, or a completely different industry job. But if you are growing with every move, well, then you’re going in the right direction.”