The future is the city

Technology is changing the way we build and run our urban environment. Cities are no longer just cities — they’re smart cities that use data to manage resources such as traffic and transportation, power usage and water supply more efficiently. 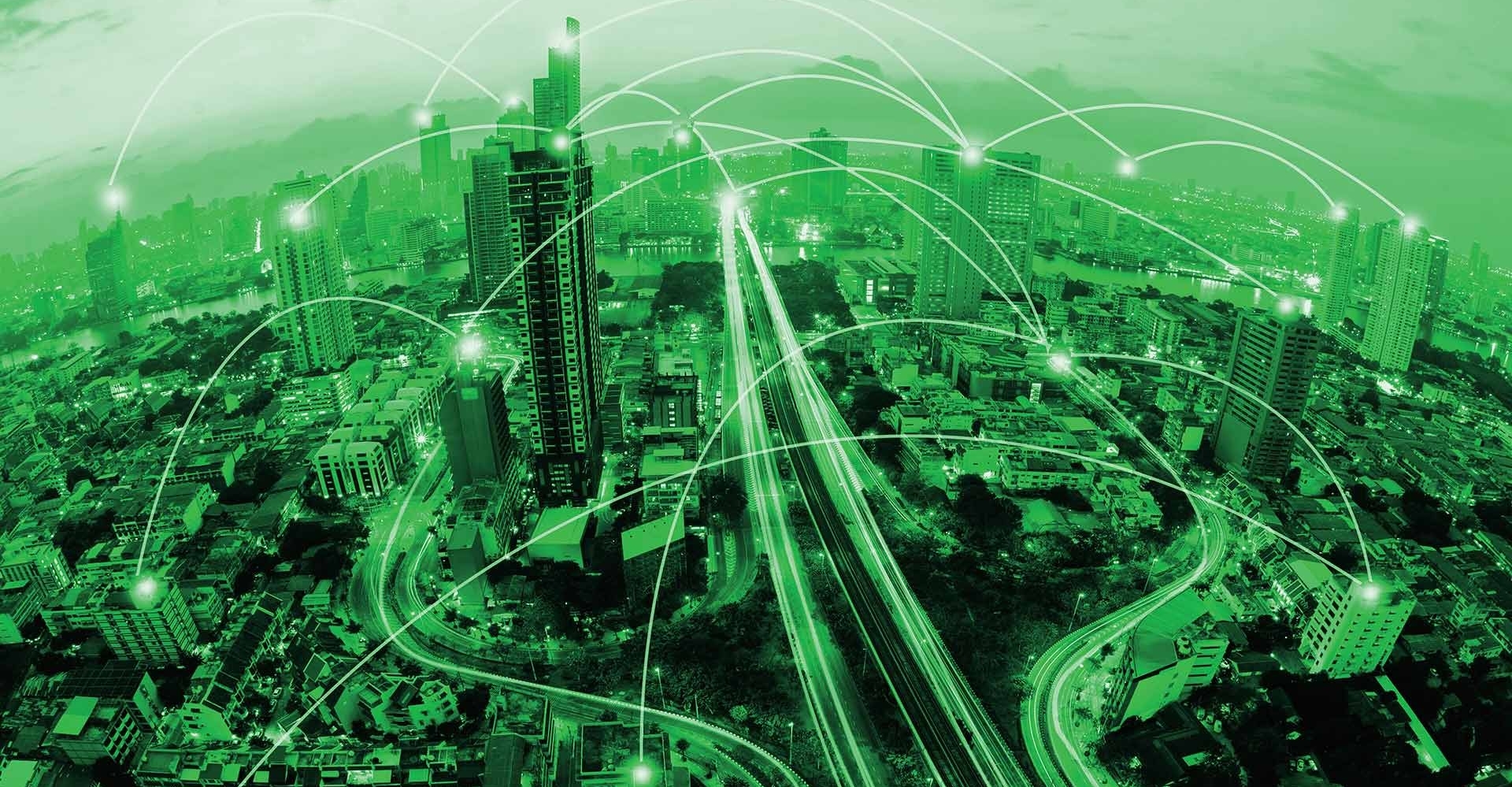 Concordia’s commitment to the city of the future is in line with its nine strategic directions, a roadmap to remain a next-generation institution that includes the direction Embrace the City, Embrace the World. Through research and work on the ground in Montreal and abroad, “Concordia’s researchers are reimagining and reinventing ways in which we dwell in and develop metropolitan areas,” says Christophe Guy, vice-president of Research and Graduate Studies.

As part of its focus on the city of the future, Concordia launched a search for a Canada Excellence Research Chair (CERC) in Smart, Sustainable and Resilient Cities and Communities, which comes with $10 million in funding from the Government of Canada.

The CERC is one facet of the university’s Smart Cities hub — a framework for its cities-centred research activities, which focuses on four areas of interest: clean energy systems; integrated built environment design; smart technologies; and collaborative knowledge mobilization and policy implications.

This intensification comes at a time when the United Nations Department of Economic and Social Affairs (UNDESA) expects urban dwellers to reach 68 per cent of the global population by 2050. In North America over 80 per cent of people call cities home. As cities grow in both quantity and size, how do we expand our urban footprint while reducing our ecological one? What infrastructure do we need? What is the best way to incorporate technology? Meet three Concordians who are advancing intelligent communities of the future by answering some of these big questions.

The city as a stage

Shauna Janssen, BFA 94, MA 09, PhD 14, sees the city as a theatre and our social interactions, as performances playing out across a stage. “Together, these performances tell the story of our city and cultures of our city,” says Janssen, assistant professor in Concordia’s Department of Theatre. She is also director of the Institute of Urban Futures (IUF), a multidisciplinary research centre that brings together stakeholders from Concordia’s four academic faculties to explore creative ways of imagining future cities. 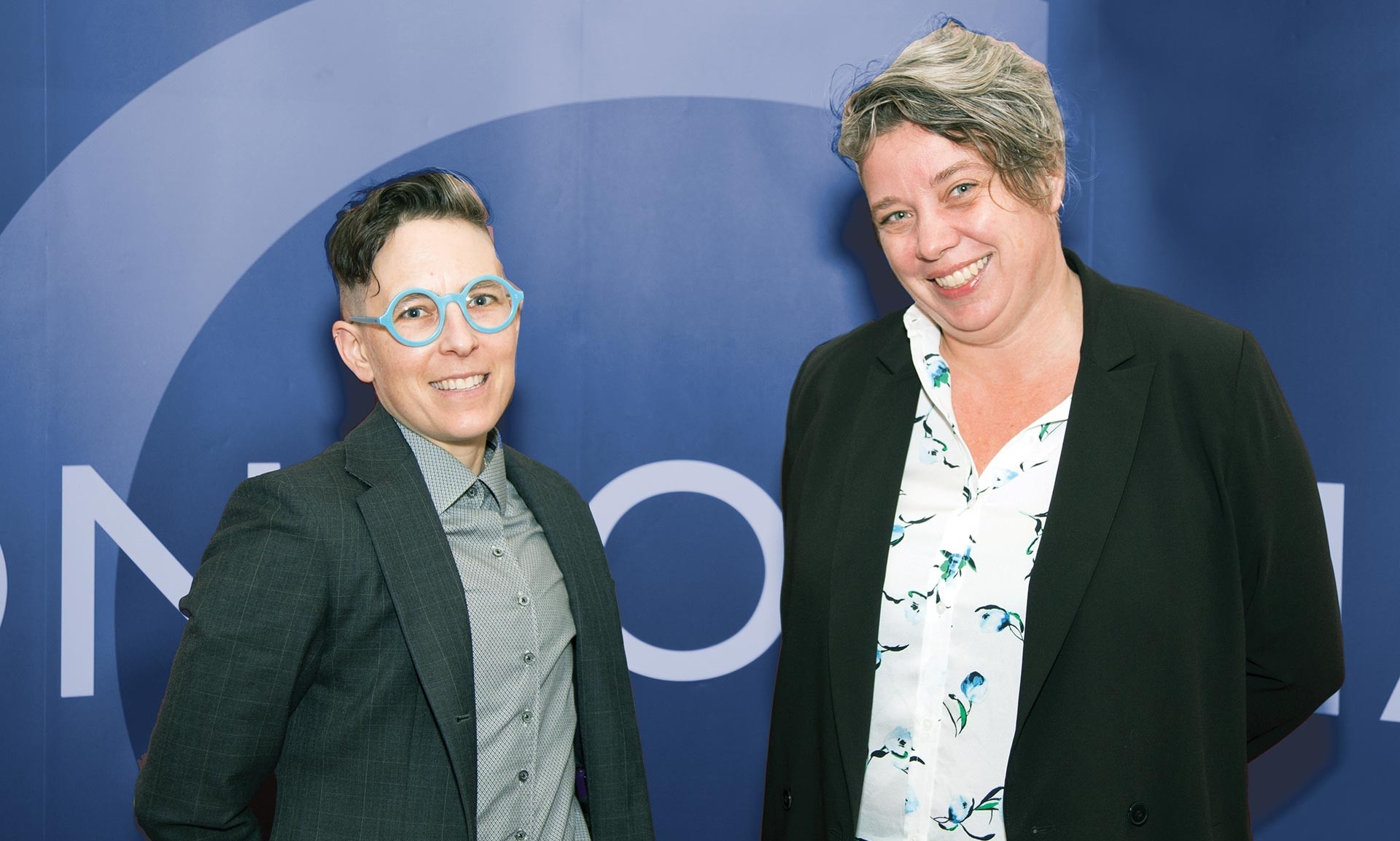 Cheryl Gladu, PhD candidate in Concordia’s individualized program, and Shauna Janssen, director of the Institute for Urban Futures, presented their research on cities at the Chancellor’s Builders Circle and Friends Dinner in Montreal on October 25, 2018.

Housed in the Faculty of Fine Arts, the IUF uses the lens of arts and humanities to “unearth and connect with cultures that are often overlooked in our cities,” says Janssen, who also holds the Concordia University Research Chair in Performative Urbanism. As urban areas become more connected through technology, the potential for exclusion and inequality is high. “Currently, cities are being designed with a top-down approach — technology is shaping how we build. At the institute, we are challenging this top-down approach by asserting that smart cities are for all of us.”

The IUF is putting this philosophy into practice through projects like Bâtiment 7, a former CN train yard turned community space in Montreal’s Pointe-Saint-Charles neighbourhood, partly funded by Concordia. Professors took part in a design charrette — a planning session where stakeholders collaborate on a vision for development — for the space.

Janssen explains that this process and the work that follows will bring best practices for building and developing our cities to the initiative. “We get to support communities in a way that is different than what they get from the City of Montreal or from developers,” she says. “We bring in more of the ethos of inclusivity and diversity. We’re facilitating and taking part in a process of co-creation.”

Mass and alternative transportation is often posited as a way to reduce our reliance on congestion-causing, fossil-fuel-guzzling cars. While dedicated bus lanes might work for one city, they could be disastrous in another, so research is critical.

In a paper published in the journal Transportation Research Part A: Policy and Practice, Awasthi explains how using a tool called ideal-solution multicriteria decision-making helped Luxembourg’s Ministry of Transport determine the best public transport project for its city. They could build a new downtown tramway, re-organize bus lines or implement an electric car-sharing service. It’s one of the few times this technique has been used to evaluate the sustainability of urban mobility projects. 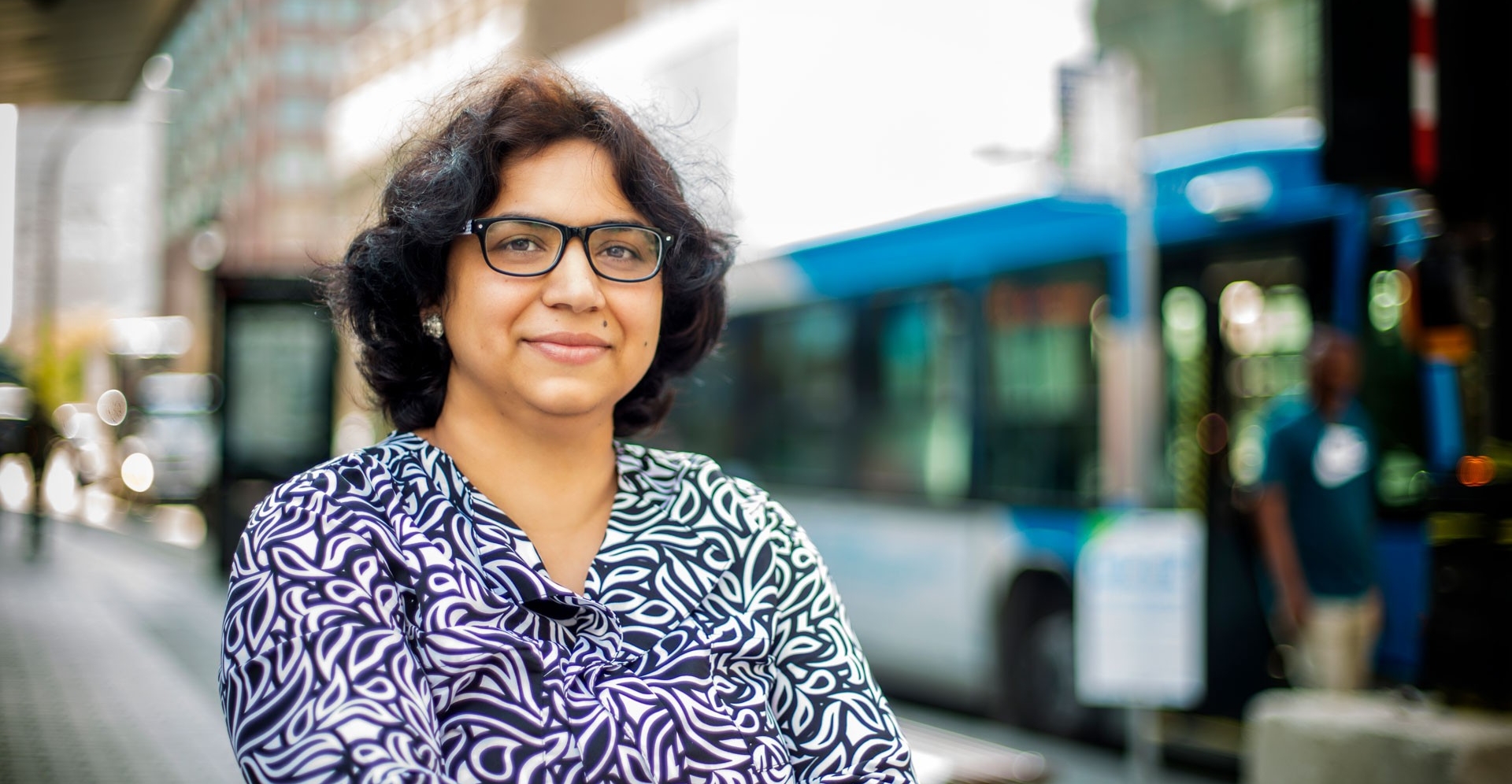 Anjali Awasthi of the Concordia Institute for Information Systems Engineering

Each option was evaluated against a list of almost three dozen criteria, such as infrastructure costs, fossil fuel consumption and affordability for the end user. Committee members rated each option based on how well they responded to the different criteria. For instance, if they found electric car-sharing expensive for the end user, it received a higher rating and was therefore determined to be less sustainable than the other options. Once the scores were added up, there was no question that the tramway was the right choice for Luxembourg.

“It is the best alternative because it scored highest on all the parameters that are being studied, so therefore any solution that we evaluate is being compared to the best possible one,” says Awasthi.

Though the results of the study were somewhat limited — there were only seven people on the Luxembourg committee — the evaluation method can easily be used in other contexts. “It’s not at all complicated to transport this kind of measurement from Luxembourg to a city like Montreal,” she says. “We just need a new set of data and a new list of priorities and maybe more stakeholders participating.”

It takes a village

Collaboration is the focus of Cheryl Gladu’s work. A PhD candidate in Concordia’s Individualized Program, Gladu studies co-housing, a phenomenon that emerged in Northern Europe in the 1960s and 1970s. It’s a way of living where individuals share certain common spaces and make decisions based on consensus.

“People collaborate to ensure things run smoothly — and common areas are specifically designed to encourage meaningful encounters between neighbours,” she explains. It’s a bottom-up approach that Gladu thinks can be applied to decisions regarding the role of technology in our cities.

Gladu helped design the first netzero triplex in Canada and is interested in how design facilitates collective behaviour change. She suggests that cohousing can do more than just help us feel more engaged in our communities — co-housing neighbourhoods outperform green buildings when it comes to environmental measures. “If you know that people in your neighbourhood are recycling, composting and sharing their cars, you’re more likely to adopt those habits, too,” she says.

People in these types of communities — there are 18 in Canada — are also happier, her research shows. Co-housing asks its members to consider what they need, not what they want, Gladu adds. “While smart technologies are great — sometimes what people really need is a place to age with dignity, support in childcare or a place hall where they can gather for a shared meal with friends,” she says.