Plugged in to the future

Following its new Strategic Directions, Concordia is moving towards tomorrow by becoming a digital university today
|
By Jesse Staniforth

Maybe it started with the introduction of Moodle. A decade or so ago, Concordia introduced the web-based software, a combination bulletin board and paper-and-file storage space that allowed students to contact their professors at any time, and vice versa, and making course materials constantly accessible from literally anywhere with an internet connection. 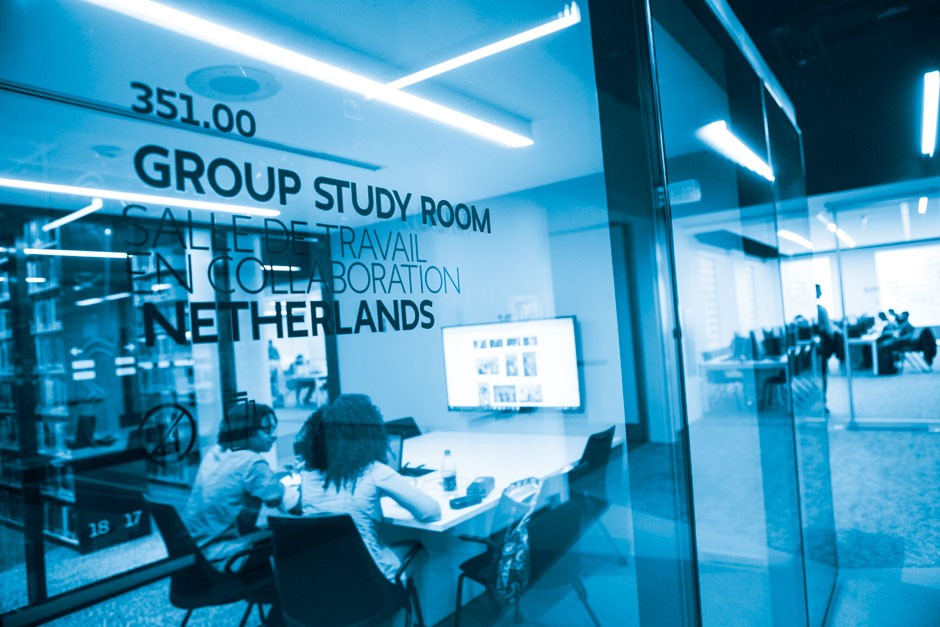 No longer did professors arrive at every class with pounds of photocopies, whether it was for syllabuses, handouts or readings. No longer did students have only a few opportunities to speak to their professors per week. Suddenly, in the online space, the very nature of the classroom had changed. The university became digital long before anyone really planned for that possibility — or were necessarily prepared for it.

“Thank heavens, we always have early adopters — that’s fantastic,” says Catherine Bolton, Concordia’s vice-provost of Teaching and Learning. “But for people who had been at Concordia a long time, this was something completely different. We always treat technology with a little bit of trepidation.”

Bolton recalls she arrived at Concordia 26 years ago without even a computer — she still used a typewriter. So she wasn’t surprised that not everybody was quick to start using Moodle.

Things did change, however. “Today everyone’s got their own Moodle site and they can do what they need to on it,” she says.

Quickly following Moodle at Concordia was the introduction of WiFi throughout both campuses, new buildings featuring the latest high-tech classrooms, the libraries lending laptops to students, and much more along the way toward becoming a digital university. 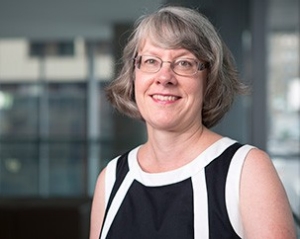 Catherine Bolton, Concordia’s vice-provost of Teaching and Learning, has witnessed a vast sea change in how technology is used and viewed by professors in her 26 years at Concordia.

When Concordia announced its set of nine Strategic Directions in 2015, the goal to “Teach for tomorrow” might have sounded like a jargon.

Instead, it’s really a mantra for a digital overhaul that’s changing both the physical and mental space of the university, from classrooms to libraries to the way students and professors communicate. “It’s been interesting to see the Strategic Directions evolve in a way that takes into account both our history and strengths on the one hand, but also the fast-changing nature of the educational and social landscape on the other,” says Benoit Bacon, BA 95, Concordia’s outgoing provost and vice-president of Academic Affairs. “I think we have evolved a roadmap that will guide Concordia’s continued evolution further on its distinctive path as an innovative, forward-thinking and socially engaged, next-generation institution.”

Graham Carr, Concordia’s vice-president of Research and Graduate Studies, says that the university is simply following the steady rush toward digitization that’s taking place in all of our personal, home and work lives. For him, the notion of a digital university is one in which all aspects of student and faculty life are channelled through digital media in order to maximize content quality, network opportunities and prospects for learning and discovery. How, he wonders, could the university not mirror the essential nature of a society that is now so incredibly plugged in?

“I see it as a huge opportunity that’s already here — we’re already living it,” Carr says. “To me, it goes beyond the classic questions about online education or bringing digitization increasingly into classroom activities. The reality is that it’s a sine qua non of 21st-century research activity, of collaboration and partnership. It’s almost unimaginable what the transformative power of digitization will be, in terms of our capacity not just to access and generate information, but reconceptualize how we do things and with whom we can now begin to do things.”

So the process of Teaching for Tomorrow isn’t so much attempting to imagine the university of the future but keeping up with technological progress as it occurs, being willing to try out new ideas and thinking as much as possible about how to bring cutting-edge technologies into the service of student-faculty relationships.

This instinct is part of the university’s DNA, going back to its roots. Sir George Williams University, one of Concordia’s founding institutions, began life in the 1920s through night courses — providing access to advanced learning to those who otherwise may not have had it. Online courses are another next step in that process of knowledge delivery. 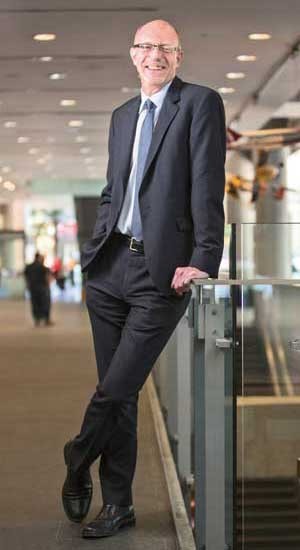 Graham Carr, Concordia’s vice-president of Research and Graduate Studies, says that a move toward becoming a digital university means fully meeting student and faculty’s needs for better learning and discovery.

As was the case at many universities, the digital revolution at Concordia began in the library — a long time ago. After beginning to use computers for cataloguing and acquisitions in the 1960s, reports university librarian Guylaine Beaudry, university libraries began to see a boom in online publications as of the mid-1990s.

“2004 was the year when Canadian university libraries, collectively, first spent more money on digital journals compared to print,” Beaudry says. “And now most of us are spending between 85 per cent and 95 per cent of our multimillion-dollar budgets for our collections on digital resources. At Concordia, it’s 85 per cent of our $6-million budget.”

The vast majority of that 85 per cent chunk is spent on e-journals, she notes, though every year more and more of the digital budget goes toward e-books as well.

“The reason is that the scholarly journal as a genre made this transition from print to digital much earlier than books,” Beaudry says. However, she adds that the physical collection still plays an important role, as materials for some subjects — such as art history and other humanities and social sciences — are significantly less heavily digitized than others. As well, an expert committee of the Royal Society of Canada on the future of libraries and archives recently estimated that only between 3 per cent and 5 per cent of what has been published on paper in Canada has been digitized to date — making the library both an irreplaceable storehouse of traditional information and a means for cutting-edge knowledge delivery.

Indeed, while they still have the stacks of glue-and-paper books synonymous with centuries of study, Concordia’s Libraries are increasingly home to some of the most dramatic changes in information technology and relations — offering students large-scale computer visualization studios, multi-function rooms with projection and videoconferencing capacities and group-study rooms designed to serve students with a variety of technological needs.

“We really believe that since Alexandria [in ancient Egypt], the library is a centre of shared resources, and we simply continue that tradition,” says Beaudry. “We’ve been doing that with manuscripts, with print, with the digital collection and also with resources, equipment and infrastructure.”

Beaudry says this increase breaks down into two individual surges in use and interest. On the one hand, a recent redesign of the Webster Library returned the space to the early 20thcentury style of the reading room and continues to attract waves of students daily. Yet the library also exists in a virtual realm that accordingly attracts an enormous virtual presence.

“We have brick-and-mortar libraries that are like hives, it’s very animated,” she says. “One day we can have 12,000 visits in a 24-hour cycle at Webster. But in parallel to this physical universe, we have a digital library that we make available and that’s where most of our users are going. When we’re doing our jobs properly as librarians, we’ve created a very good interface and we’re helping our users to find what they need without our intervention. In the digital space, our intervention took place before they use this system — so they can find what they need when they need it.”

Importantly, Beaudry and her team aspire to making the full array of library offerings not just available but also attractive to students from many different disciplines. “Just because you’re a business student, you don’t have to confine yourself to reading only publications related to your field of study,” she says. “We want to do exactly the opposite, because it’s how we contribute to the development of good citizens.”

For specialists, though, Carr says there’s never been a better time to be working in the library, thanks to the aggregation of Big Data — extremely large data sets that can be analyzed to reveal patterns, trends and associations — which is enormously useful in the study of subjects like genomics.

This widening of access to information, Carr says, “has created resources people can access today that they could never previously have imagined accessing beforehand. The capacity is both to gather the information and to archive, curate and store the information, and also to make that information accessible through open access sources.”

As for the role of teachers, it has stayed roughly the same even as the process of digitization has been picking up speed. It’s important for universities to embrace technological advances, yet to do so in a discerning way that constantly considers the educational value of technology, rather than tech for tech’s sake. 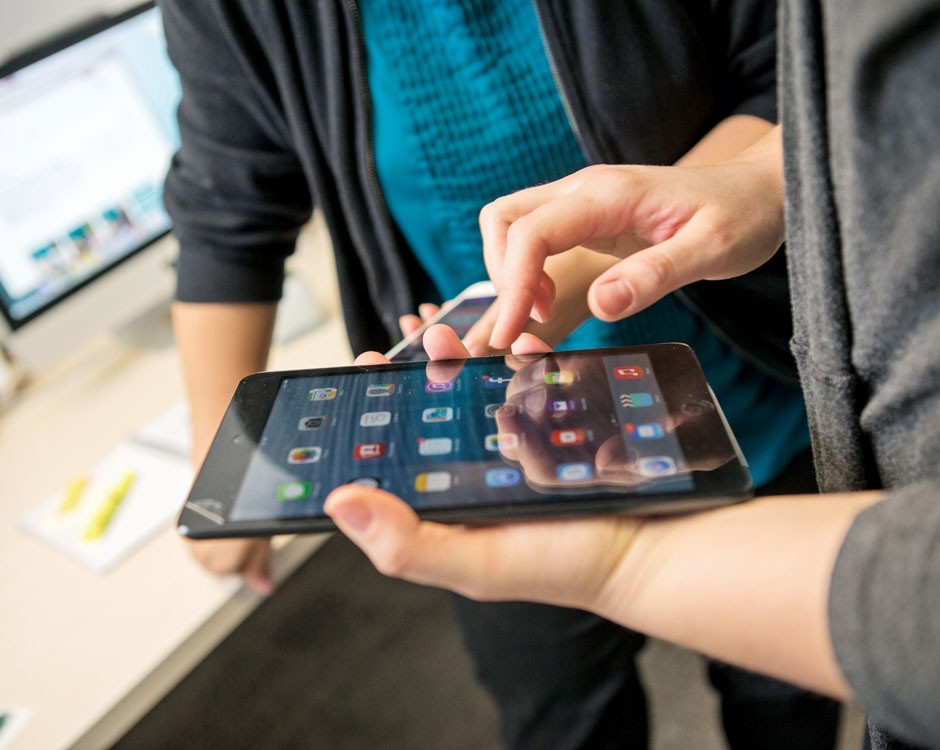 The fundamental roles of professors, says Carr, remain teaching, training graduate students and engaging in research — knowledge creation and knowledge transmission — while serving the university, the academic community as a whole and the public. There has been no change in those orientations.

However, he adds, “The capacity of professors to execute those roles and think of them differently as a result of digitization has changed. Of course, if I’m thinking about a classroom context, part of their responsibility is to meet with students and answer questions they may have outside of class hours — so faculty members still keep office hours. But email works 24/7. The role hasn’t changed, in terms of interacting with students, but the pathway for that interaction has changed.”

None of that is unfamiliar to most people — students, professors or staff. Our daily lives are full of digital information in ways we couldn’t have dreamed of just a decade ago. For that reason, the process of becoming an increasingly digital university is less foreign and more intuitive than even the most technophobic person might have imagined. While there remain holdouts, Bolton says that’s the reason the Strategic Directions laid out its goals so plainly. “I hope we get to a point where we don’t think twice about incorporating technology into our classes,” she says. “Some faculty members have done that immediately, no problem or hesitation — but part of the strategic direction is to encourage everyone to join in that journey with us.”