‘I owe it all to Sir George and the sacrifices my parents made’
|
By Ian Harrison, BComm 01
Source: University Advancement 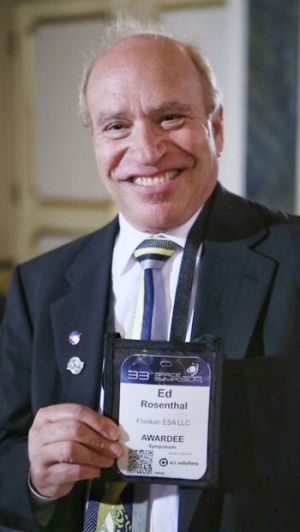 Ed Rosenthal, BA 74, and his company, Florikan, were inducted into NASA’s Space Technology Hall of Fame in 2017.

In the Venn diagram of Concordia grads who have booked soul legend Ben E. King for a campus benefit concert, produced scholarship on Moby-Dick endorsed by the Melville Society, and patented a technology used by NASA to grow plants in space, the overlap is Ed Rosenthal, BA 74.

The English Literature alum, who graduated from Sir George Williams University months before it merged with Loyola College to become Concordia, calls himself “a poor farmer’s son who got lucky, took advantage of every opportunity and worked his ass off.”

Rosenthal had to work hard by necessity. Born in New York in 1950, he moved to Lachute, Quebec, as a boy so his father — a farmer from Romania who witnessed his own father’s death at the hands of the Nazis — could tend a plot of land.

The adjustment to country life was difficult on Rosenthal and his mother, a cosmopolitan New Yorker. Anti-Semitism was rampant (the Rosenthals were the only Jews in the area) and the farm foundered. To put food on the table, his father branched out and opened Magasin Royale, a women’s garment shop.

“I watched my dad grind and struggle and felt completely helpless,” recalls Rosenthal. “Literature became my refuge in grade school when my mother introduced me to Dickens and Twain.”

After the family relocated to Saint-Laurent, Montreal, Rosenthal earned a full scholarship to study at Sir George Williams in 1968. The scholarship changed his life.

“With that money, I was able to help support my parents. The university went to tremendous lengths to accommodate me. I will never forget the compassion and generosity of Mervin Butovsky, the assistant dean for the Faculty of Arts.”

Because he used his scholarship to care for his parents, Rosenthal supported himself with part-time jobs at Morgan’s “Bon Marché” — where he met his future wife, Berthe (Betty) Hadida — and menswear store A. Gold & Sons in downtown Montreal.

He also distinguished himself on campus. The honours student wrote a heralded paper on Herman Melville’s Moby-Dick, took courses in polymer chemistry — a fascination that would pay dividends later on — and became involved in student government. 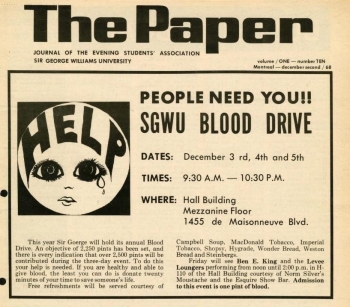 A campus blood drive organized by Rosenthal and his peers at Sir George Williams University was promoted in the journal of the evening students’ association.

“I was in a bind as the organizer of a campus blood drive because very few students wanted to donate,” says Rosenthal. “Then Bobby Chazonoff — the manager of A. Gold & Sons who taught me about business and customer service — told me to go see Norm Silver, the legendary impresario who ran the Esquire Show Bar.

“Before I knew it, Norm had arranged for Ben E. King and his band to play for us. When I introduced them on stage, the students went nuts!”

The “Stand by Me” singer helped Rosenthal’s blood drive eclipse “all records for the amount of blood collected” by any university in Canada, a letter to the editor of The Georgian later stated.

With his reputation as a macher — a doer, in Yiddish — cemented at Sir George, Rosenthal parlayed his interest in polymer chemistry into a job with Kord, an Ontario-based manufacturer of plastic containers for the nursery and greenhouse industry. The containers were a novelty in the 1970s; most growers at the time still used ceramic pots, which were expensive and fragile.

Rosenthal loved the opportunity the job gave him to assist people who, like his father, worked the soil. It was redemptive, he says.

After Quebec’s sovereignty referendum in 1980, Rosenthal accepted Kord’s offer to expand the business to the United States and moved to Florida with his wife, Betty, and sons, Jonathan and Eric.

While Rosenthal was able to move his mother down south — she succumbed to Alzheimer’s in the 1990s — his father never made the trip.

“Stomach cancer took him,” says Rosenthal. “When he was on his deathbed at the Montreal General Hospital, he told me to look under his bed at home. There was a metal box he wanted me to have.

“It turned out this man, who toiled his entire life, had saved $35,000 — one dollar bill at a time — for us to start a new life with our boys. Not even my mother knew about it. To this day, I have no idea how he did it.”

The unexpected gift gave Ed and Betty Rosenthal the seed capital to purchase a home in Sarasota and, in 1982, start Florikan ESA (Environmentally Sustainable Agriculture) — the company that would make Rosenthal’s name, provide a legacy for his sons and partner with NASA.

With a mission to “help the grower find a better way to grow,” Florikan took a page from Kord’s playbook and encouraged nursery owners to boost yields with less expensive polymer-based pots. Dubbed “Eddie pots,” the containers became the industry standard.

Rosenthal could have let that success ride. But after a grower expressed frustration with inefficient water-soluble fertilizers, Rosenthal had a eureka moment: He could use agronomic lessons imparted by his father and his knowledge of chemistry to come up with a better method.

What Rosenthal went on to test and market — a controlled-release fertilizer (or CRF) — drew the attention of NASA. The U.S. space agency now depends on the Concordia graduate’s know-how to help grow vegetables on the International Space Station. 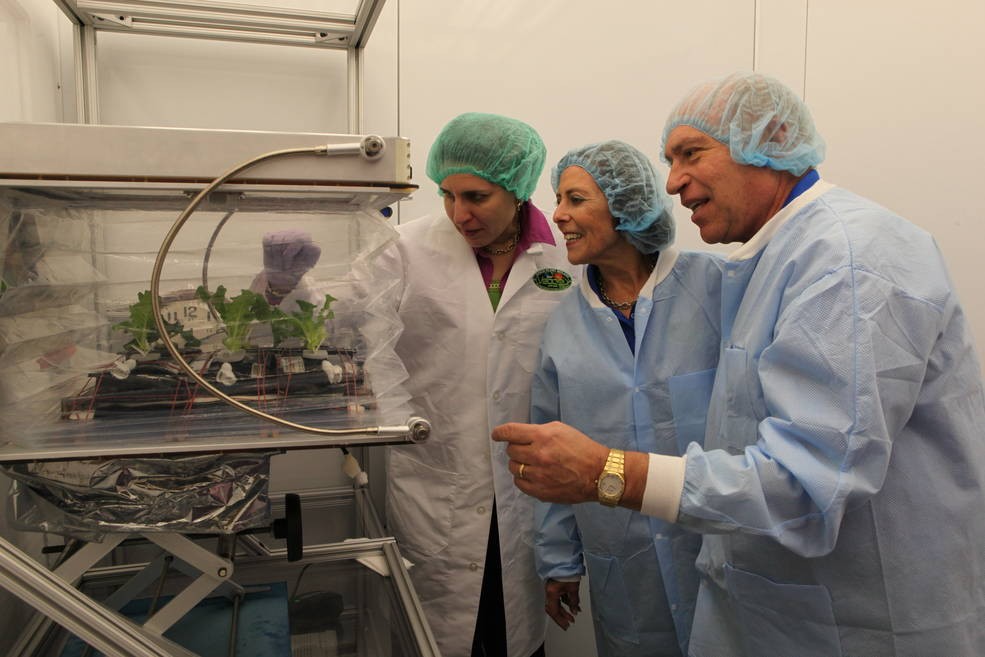 When NASA inducted Rosenthal and Florikan into the Space Technology Hall of Fame in 2017, Ray Wheeler, renowned a plant physiologist, told the inventor and businessman that his expertise had saved NASA years of research.

“[CRF] has advantages for both commercial and home users,” Wheeler remarked. “With Florikan CRF, we now only require a single application, which can last for months. This technology avoids rapid release of nutrients typical for most conventional fertilizers, which can leach through the soil and even get into waterways.”

Success made the company a desirable target for acquisition and, after many overtures, Rosenthal and his family sold Florikan last October — four decades after it was founded.

“Betty and I sometimes miss the day-to-day and the relationships with our clients,” says Rosenthal. “But we wanted our boys to have their inheritance while we were still alive. To see them enjoy it and to know that the company is in good hands makes all of our efforts worthwhile.”

Indeed, as part of the terms of the sale, Eric Rosenthal, who holds a degree in Management Information Systems from the University of Florida, still oversees Florikan as CEO. Jonathan Rosenthal, a graduate of Penn Law, is a consultant with the company.

As for Ed Rosenthal, he now gets to do what he loves most: spend time with his four grandkids and work with NASA on projects that will ultimately benefit growers like his father — and humankind.

“I feel blessed to have lived the American Dream,” says Rosenthal. “And I owe it all to my wife and sons, to the sacrifices my parents made and to Sir George.”