Alumna is uniquely qualified to host a daily show about Montrealers and their hometown
|
By Richard Burnett, BA 88
Source: Concordia University Magazine 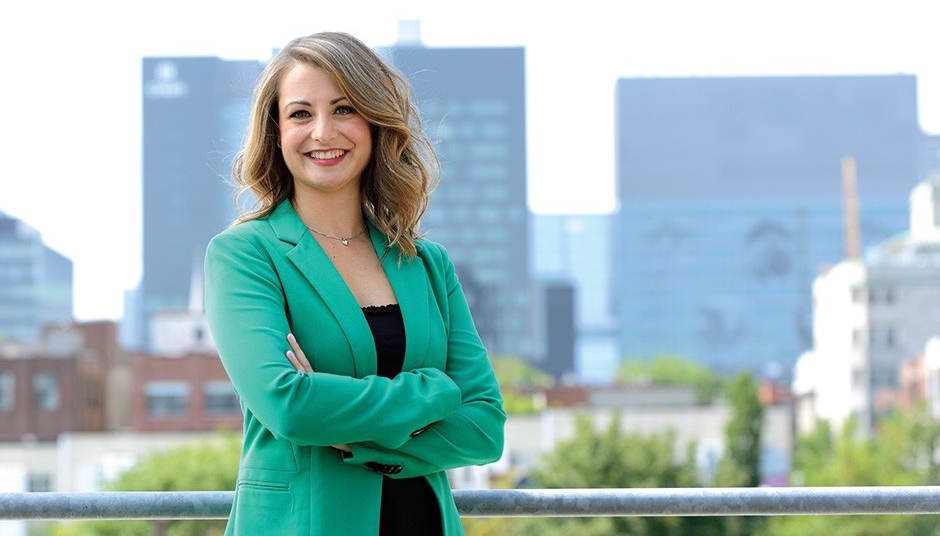 ‘I loved my time at Concordia, I thought it was a great program. I loved that teachers were working journalists.’

Marandola sat down for this Q&A on her second day on the job. After many years in the journalism trenches – beginning as a news reporter for The Suburban newspaper to various TV, radio and digital news jobs for the CBC – Marandola is uniquely qualified to host a daily show about Montrealers and their hometown.

Sabrina Marandola: Well, I just started the job, so maybe my answer will change in a few months! I’ve been a substitute host before, but now it’s about mentally embracing my new role. I’m not keeping the seat warm for someone else. Now I get to put my stamp on it.

I think people think, ‘Oh, you’re on the air from 3 to 6? That’s it!’ But that’s not the case at all. There is a lot of prep time, a lot of research, pre-interviewing guests, writing scripts and editing, cutting tapes, cutting sound. There’s a lot that goes into a show. Let’s Go with Sabrina Marandola replaces Homerun. How did your show come about? When Homerun host Sue Smith retired, the search was on for a new afternoon host. A lot of people reached out to me and said, ‘Sabrina, I hope you’re going to apply because you’ve paid your dues, it’s your time.’ Then when I got the job, I was in complete shock. I was silent which is so unlike me! I was hoping for the job, but I was for sure not expecting it.

You cherish your Italian roots and have a passion for pizza.

I am a pizza addict, specifically Neapolitan-style pizza. I travel to Italy really often and have tried many, many pizzerias. I love the pizza scene in Montreal, there are a lot of Neapolitanstyle pizzas now available. I tell you, when I go shopping and see something I like, I go, “Hmmm, do I need this pair of shoes or would I rather have six pizzas?” Pizza is on my mind all the time!

I loved my time at Concordia, I thought it was a great program. It was a small program, they accepted about 18 people a year, so you had a lot of the same people in your classes for the whole three years. It felt like a family. I also loved that your teachers were working journalists. So you knew that people in the industry were looking at your work. And the mandatory internships were fabulous.

An influential teacher at Concordia was Bob Babinski, who was my radio teacher. His way of teaching really resonated with me. He was so calm and so patient. I totally fell in love with radio in Bob’s class and I still see him from time to time, we still keep in touch.