Led by Morton Minc, the pioneering program looks ahead with an ambitious lineup
|
By Elisabeth Faure 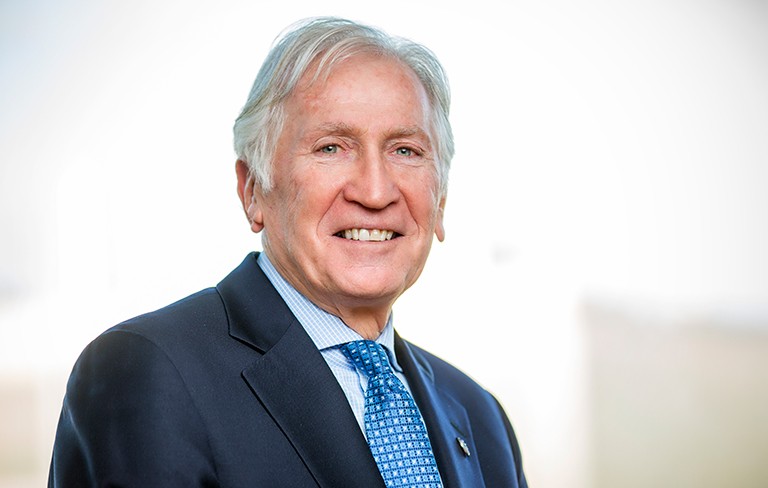 The program, launched in 2017 out of the Faculty of Arts and Science’s Department of History, was the first of its kind at any English university in Quebec.

It is led by Morton Minc (BA 67), former chief justice of the Municipal Court of Montreal. Minc has earned many honours throughout his career, including the Prix de la justice du Quebec, awarded by the province’s minister of justice, for his outstanding contribution to the promotion of social rehabilitation, victim support and respect for human dignity in the dispensing of justice. This is the highest honour awarded by the Quebec Ministry of Justice.

Minc has also been appointed member of the Order of Canada, officer of the Ordre National du Québec and Officer of Order of Montreal. In 2019, he received the Concordia University Alumni Association’s John F. Lemieux Medal.

Over the years, the Jurist-in-Residence Conference Series has brought an impressive collection of guests to Concordia, including the Right Honourable Richard Wagner, chief justice of the Supreme Court of Canada, the Honorable Nicole Duval Hesler, chief justice of the Court of Appeal of Quebec and Madame Sophie Brochu, Hydro-Québec’s president and CEO, the first woman in the company’s history to hold this office.

“Allowing students to have access to this level of expertise is rare, and presents a wonderful opportunity to learn from and be inspired by the best,” says Minc.

Other innovations Minc has brought to the university include a mentorship program that pairs undergraduate, graduate and PhD students across the university with lawyers from many fields for one-on-one guidance, as well as a partnership with the Court of Quebec, which allows students to be mentored by judges from the criminal, civil and youth courts.

This enables Concordia students to have direct access to the court, to gain an understanding of its workings and get a better appreciation of the justice system.

Thinking outside the box

A graduate of Sir George Williams University, one of Concordia’s founding institutions, Minc has never hesitated to push boundaries in his career. He became known for his innovative approach to “problem solving” in courts, designed to take a different approach to justice for the disadvantaged.

This type of bold thinking was on display when Minc teamed with the Gina Cody School of Computer Science and Engineering to launch Concordia’s Law Meets Engineering lecture series in 2019.

Tackling topics from copyright to business strategy, from engineering feats at the Olympic games to artificial intelligence (AI), the series has proved to be a success.

“I am always looking for ways to open up the field of law to a broader audience, and this collaboration with the Gina Cody School is a perfect example of how that can work,” says Minc.

A new lineup of dynamic guests

This year promises to bring new and dynamic guests to the university, and to allow students behind-the-scenes access to the very best in the legal, social and corporate communities. The first event is September 22 with Paul John Murdoch, partner at Murdoch Archambault, on the challenges of fostering mutual respect and understanding between Canada’s Indigenous and non-Indigenous people in the search for reconciliation.

“I am very excited to unveil our full lineup, which includes the Honourable Suzanne Coté, justice of the Supreme Court of Canada, Isabelle Hudon, president and CEO of the Business Development Bank of Canada, and Tom Mulcair, journalist, radio and TV commentator and former leader of the federal NDP,” says Minc.

Find out more about the Concordia’s Jurist-in-Residence program.