About the Judge
News
Past events
Mentorship application 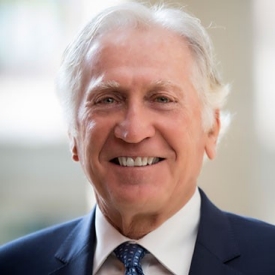 Minc's career focus has been on social innovation in the court system. After obtaining an arts degree from Sir George Williams University (one of Concordia’s founding institutions) in 1967, Minc went on to study law at Université de Montréal, graduating in 1973.

He then entered private practice, where his work took him across the country and included lecturing at both Concordia and McGill. In 1993, he was appointed judge at the Municipal Court of Montreal, where he eventually became chief justice in 2009.

During his time as chief justice of the Montreal Municipal Court, Minc initiated and supported social programs for offenders with substance abuse problems, mental disorders or vagrancy. This work was acknowledged in 2014, when he was awarded the Prix de la justice du Québec. He was named to the Order of Canada and to the Order of Montreal in 2018.

Judge Minc’s appointment as Jurist-in-Residence at Concordia is the first appointment of its kind for any English university in Quebec.