From resurrected pets to the Pumpkin King, prepare to be entertained … and a little freaked out
|
By Charlie Ellbé 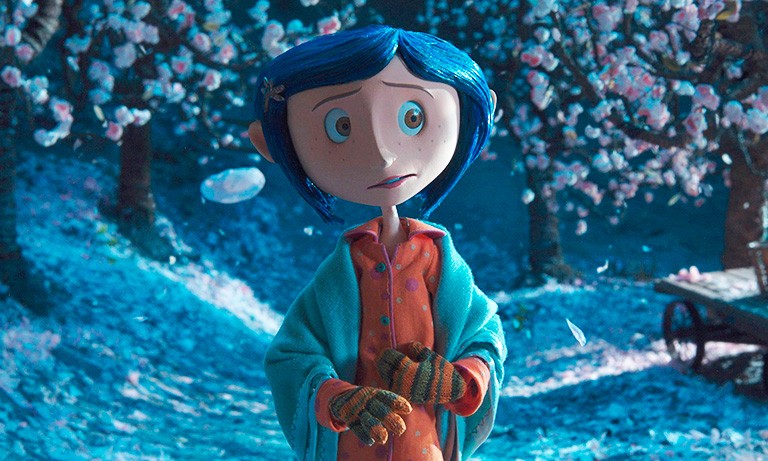 A young girl discovers a parallel universe on the other side of her bedroom in Coraline.

Charlie Ellbé (MA, 11; MLIS, 17) is the moving image coordinator at the Visual Collections Repository (VCR) in the Faculty of Fine Arts. She is also a horror buff.

But the moving image collection at Concordia’s Visual Collections Repository (VCR) carries a handful of animated feature films that either connect to the horror genre or have themes that relate to Halloween.

Check out these top five picks — if you dare!

A young girl discovers a parallel universe on the other side of her bedroom. At first, the parents appear very nice and welcoming. But soon, the other world starts to become hostile and unfamiliar.

Available on 3D Blu-ray at VCR.

After the tragic death of his dog, a young boy, Victor Frankenstein, decides to bring the animal back to life. This piece of black and white stop-motion animation is filled with references to the 1931 film adaptation of Frankenstein.

Available on Blu-ray at VCR.

Halloween is a fun celebration, but once it’s over, is it really worth going through all the trouble to do it again next year? That’s what Jack Skellington, the Pumpkin King, is wondering in this classic work of stop-motion animation. Citizens of Halloween Town might have to face something very different this year.

Available on Blu-ray at VCR.

Meet Norman, a young child whose ability to communicate with the dead surpasses his ability to do so with the living. This is a dark stop-motion comedy packed with references to horror cinema.

Available on 3D Blu-ray at VCR.

Wallace and Gromit are determined to discover why someone is destroying all the gardens in their neighbourhood at night and how they’re doing it. This stop-motion animation comedy brings to life an extraordinary creature that produces complete chaos in Wallace and Gromit’s universe.

Available on DVD at VCR.